Few key data out of Europe alongside general complacency has led to dull and uninspiring price action overnight in FX markets. The biggest news in the overnight was the Bank of Japan Rate Decision, in which Governor Masaaki Shirakawa defended the BoJ’s monetary policy, suggesting that comments issued last week by Japanese opposition leader Shinzo Abe were “unrealistic” and deconstructive to the BoJ’s intended policy path.

While the USD/JPY had only depreciated by -0.01% at the time this was written on Tuesday, the Yen’s strength was much more pronounced earlier in the day, as it appeared that the BoJ was going to resist any exogenous pressure (in this case, political) to alter its monetary policy. But the words of Governor Shirakawa have proven anything but reassuring – if so, I would have expected the USD/JPY to have quickly reversed course and move lower, especially considering the US fiscal cliff/slope is in the picture.

The lack of a positive reaction by the Yen could be a result of the US holiday this week, that has markets at half or no capacity Wednesday through Friday; fewer traders around mean that there’s not really a ‘market’ there to react to the comments. On the other hand, Asian and European markets are open as normal, which then offers a conflicting view: no one believes BoJ Governor Shirakawa that unlimited money printing is an unrealistic outcome at this point in time.

Meanwhile, if there is a chance for volatility today, trading around the European close might offer the clearest opportunity, with Euro-zone finance ministers meeting to discuss the Greek aid package today. 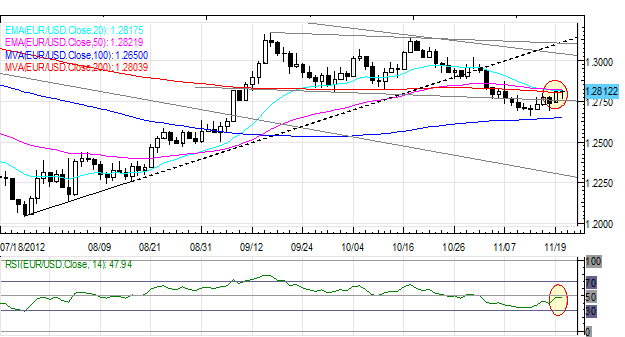 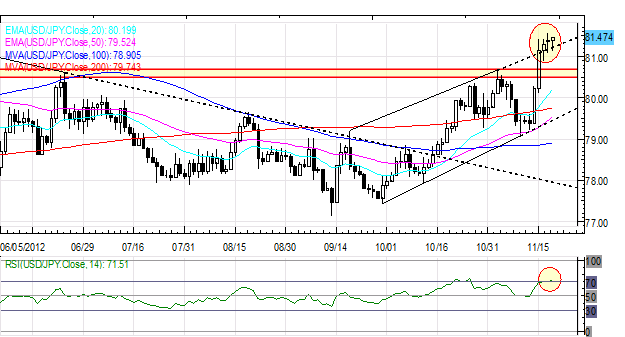 USD/JPY: The USDJPY is back testing its November high, leaving the mid-April swing high at 81.75/80 as the next major resistance level. However, with the daily RSI overbought once more, the next corrective leg may be around the corner. Support comes in at 81.15, 80.50/70 (former November high), and 79.10/30. 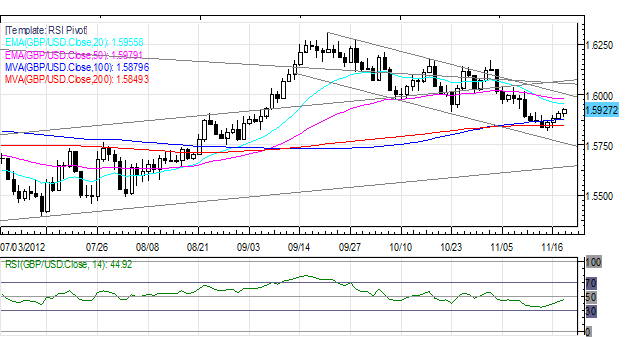 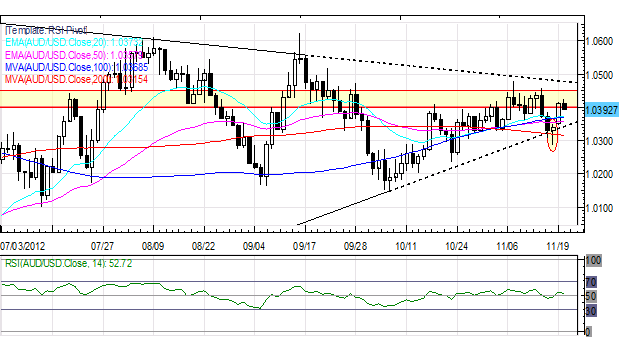 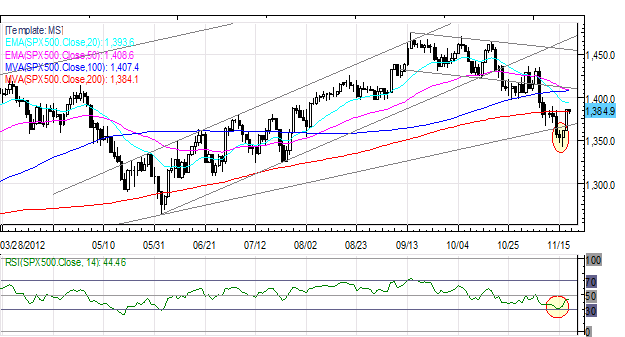 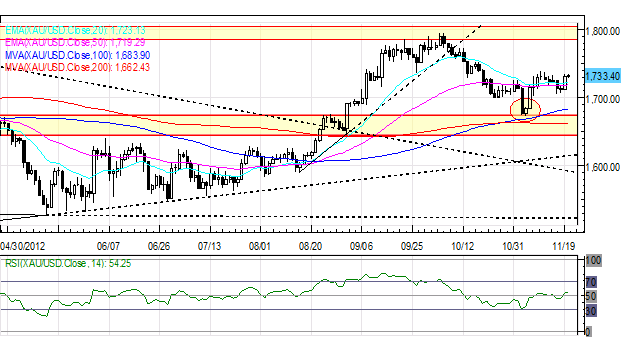