The FX majors were on pace to finish the week strong – the AUDUSD near 1.0500, the EURUSD above 1.2900, and the GBPUSD above 1.6000 – but amid some light but potentially significant developments out of Europe, risk-appetite has completely broken, with the Japanese Yen and the US Dollar surging in the early hours of European trading on Friday.

Mainly, as summarized earlier, the concerns out of Europe are for two main reasons: slowing growth in the core European (not just Euro-zone) countries; and further stagnation in Greece on the policy side of things. To start: French and Swedish Industrial Production came in worse than expected in September, triggering worries that weakening growth prospects are making their way into the traditionally stronger European countries. Alongside some not-so-enthusiastic comments from German officials on growth and further delays in Greek bailout measures, the Euro has been pressured lower for the past four or five hours. Follow through today is up in the air as it is Friday, meaning that liquidity is drastically reduced by the second half of the US trading session, with Asian and European markets offline until Monday.

From the technical side of the market, the breakdown in the S&P 500, which has not be entirely unexpected following the ascending channel break off of the June 4 and July 25 lows, may be nearing a stalling point. Although the broad measure of risk has now fallen out of an ascending channel off of the October 4, 2011 and June 4, 2012 lows, the most significant lows in the S&P 500 in recent memory. Coupled with the fact that the index is starting to resemble the charting pattern from mid-1987 (right before the October crash), I’d be lying if I said I wasn’t starting to get worried about high beta currencies and risk-correlated assets. We’ll explore setups for this trade next week. 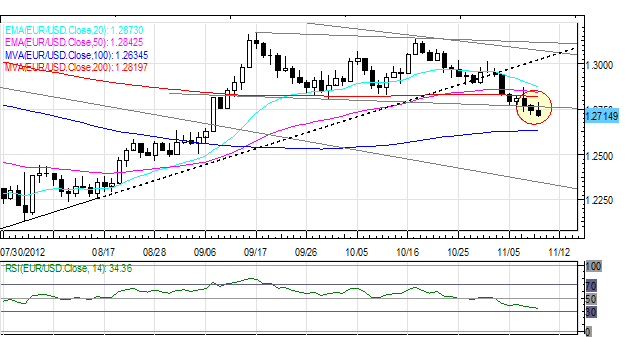 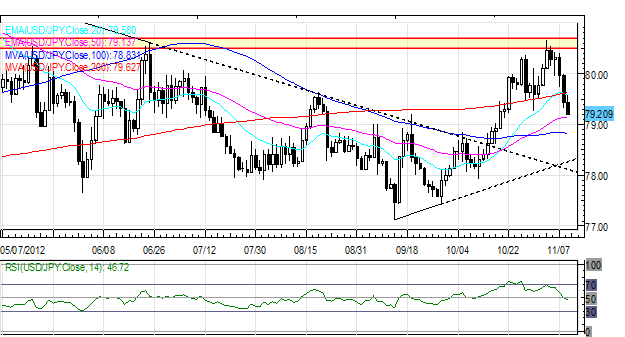 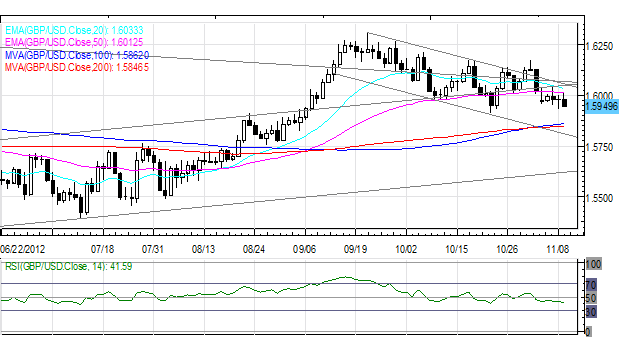 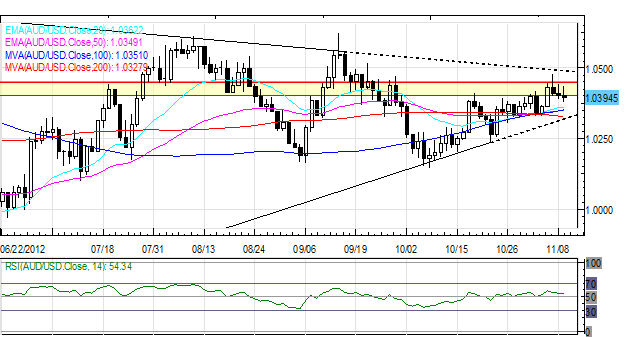 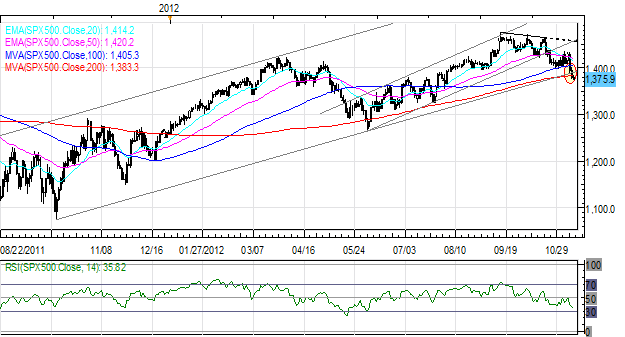 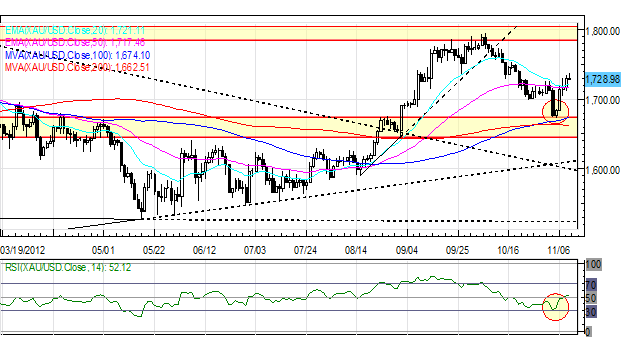