Finally, the divisive and toxic US Presidential Election cycle is over; President Barack Obama will remain in office for four more years. Regardless of political variety preferred, this means only one thing, with Democrats retaining control of the Senate and the Republicans retaining control of the House of Representatives: an immediate shift of focus and high likelihood of continued uncertainty surrounding the impending automatic spending cuts and tax increases, dubbed the “fiscal cliff” by Federal Reserve Chairman Ben Bernanke.

Something discussed over the past several weeks has been the idea that the election would serve as a referendum to each side’s respective ideas on how to fix the country’s worsening debt problems. Thus, with a Democrat favoring a combination of spending cuts and higher taxes on wealthier individuals winning the Presidency, a solution will be tilted in this direction if anything happens at all. At the end of the day, a six month extension or an agreement in full should be expected by January 1: US politicians are no different than their European counterparts, who time and time again have pushed back the tough decisions in order to save face in front of an eroding electorate; the economy’s blood will not be on their hands.

In the near-term, the shift of capital away from riskier assets and into safe havens, not just the US Dollar but the Japanese Yen and precious metals as well, signals that deadlock is the knee-jerk reaction to the election results. As we witnessed last August, when Standard & Poor’s stripped the US of its hallowed ‘AAA’ rating, the Japanese Yen, Gold, and Silver stand to be among the best performers should US debt concerns ramp up once more. The S&P 500 is looking shaky as well, having erased yesterday’s gains in the overnight. 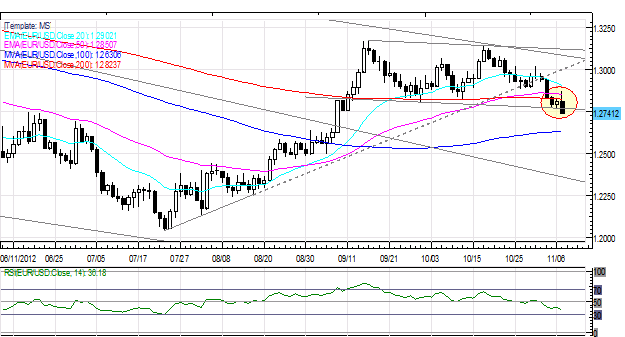 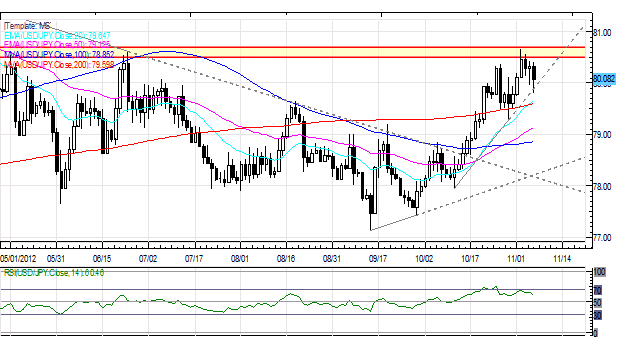 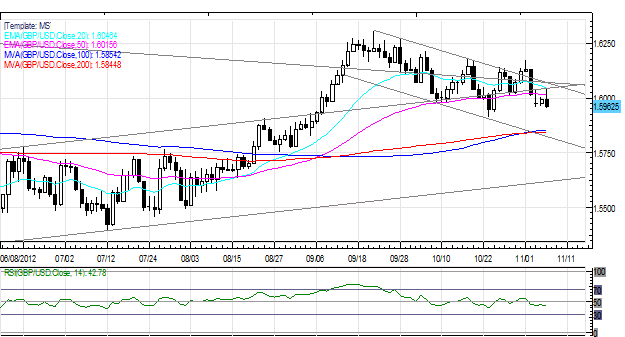 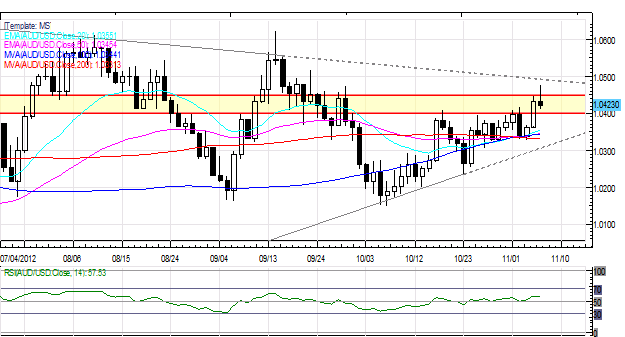 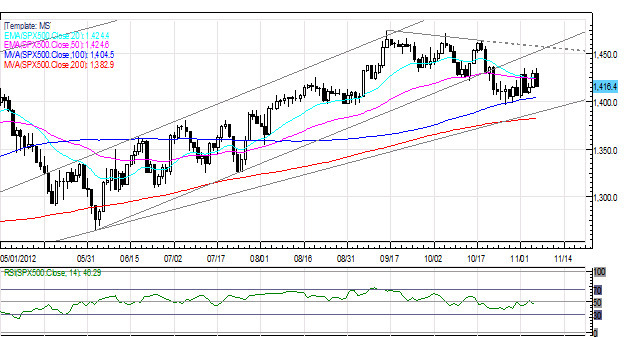 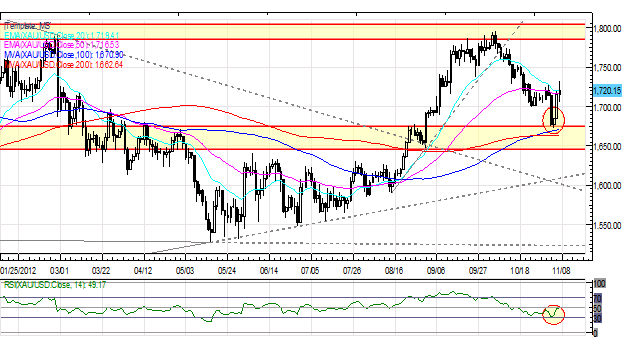