Risk-appetite was firmer today than it was yesterday, at least in the forex market, with the commodity currencies, the Australian, Canadian, and New Zealand Dollars all outperforming the US Dollar thus far on Wednesday. The primary catalysts of the move higher were some better than expected data out of Australia (3Q CPI) and China (October Manufacturing PMI), adding more evidence to my belief that sentiment about China is too negative in the short-term and data is starting to pick back up.

While high beta currencies are moving higher, elsewhere, risk-correlated assets, such as the S&P 500 futures, the Euro, and peripheral European bond yields, are struggling. As noted in the technical analysis outlook section, the S&P 500 is threatening a major breakdown now amid falling corporate earnings and renewed concern out of Europe. And the concerns over Europe have swung back from the speculative side to the economic side, rooted in weak data.

Earlier today, a few reports came out of Europe that discouraged market participants. Both the Euro-zone PMI Manufacturing and PMI Services readings came in worse than expected, with the readings suggesting that economic activity in the region is at its weakest level since mid-2009. These growth concerns were compounded upon the release of the October German IFO Survey results, which showed that economic activity in Europe’s largest economy is holding at its lowest level since June 2009. 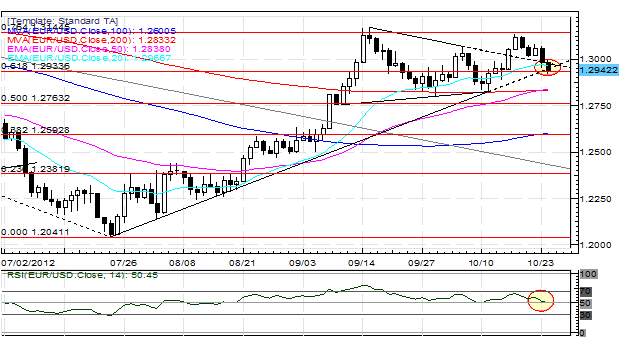 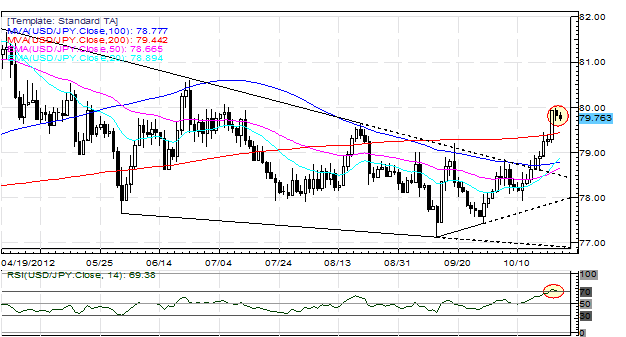 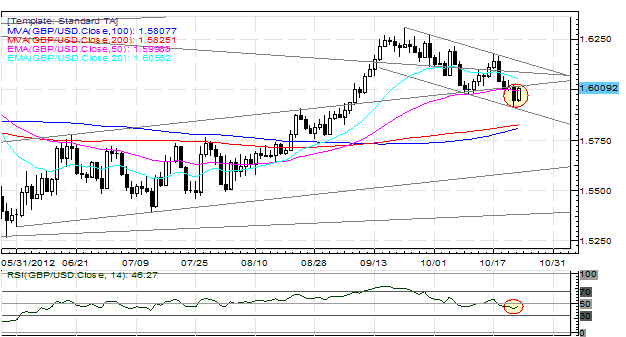 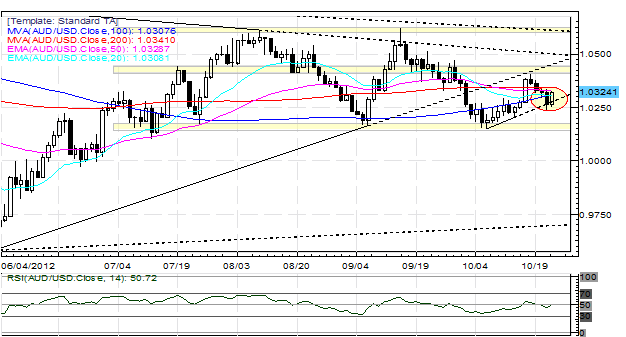 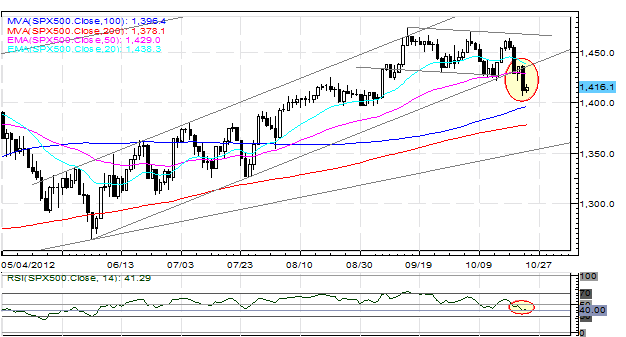 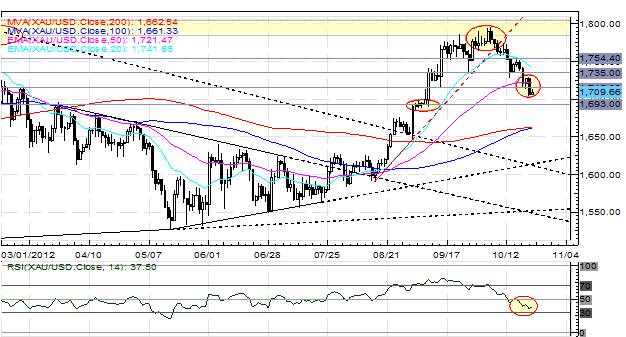