Despite an early-Asian session rebound in high beta currencies and risk-correlated assets, investor sentiment deteriorated throughout the night, dragging the S&P 500 futures lower and pushing the US Dollar higher. In fact, the Dow Jones FXCM Dollar Index (Ticker: USDOLLAR) has risen back to its highest level since September 7, the day the US Dollar was crushed following the European Central Bank’s official unveiling of its bond-buying scheme, the OMTs.

Certainly, markets globally are in a precarious position. Overnight trading as resulted in the S&P 500 breaking out of a potential Bull Flag (sounds good…) lower and through the 50-EMA and its October lows (…but was a break to the wrong side!). Keeping the view simple, based on recent channels the S&P 500 has traded in over the past year, this would suggest support doesn’t come in until the mid-1300s: this would imply further US Dollar strength and weakness just about everywhere else, including the Australian and New Zealand Dollars, and the Euro.

The news overnight leading to this downside was Moody’s Investors Service downgrading five Spanish regions, including the increasingly separatist and economically strong Catalonia region. Moody’s said that the cuts were “driven by the deterioration in their liquidity positions, as evidenced by their very limited cash reserves.” Furthermore, Spanish newspaper El Confidencial said Prime Minister Mariano Rajoy’s government told the European Union it will miss its budget deficit target this year. While the latter is discouraging, it does add fuel to the ‘Spain needs outside help’ (a bailout) fire. As such, the Euro is heavy today and testing the psychologically significant 1.3000 level again. 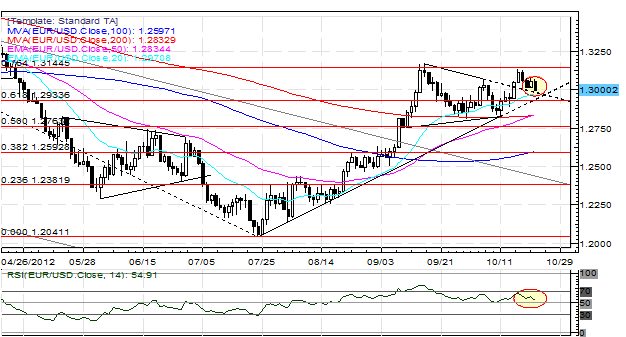 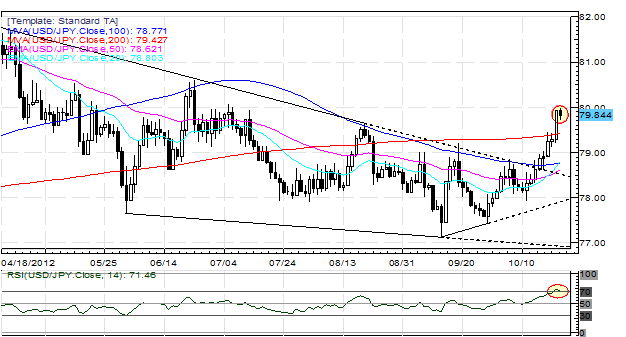 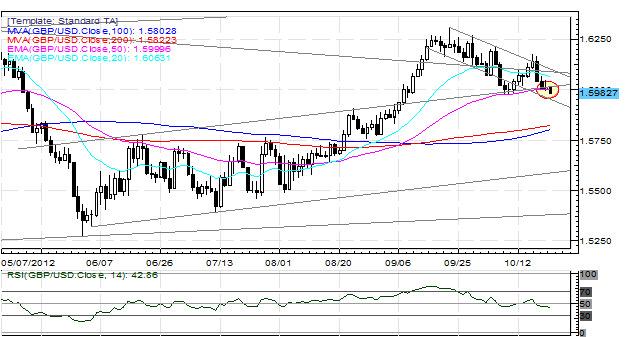 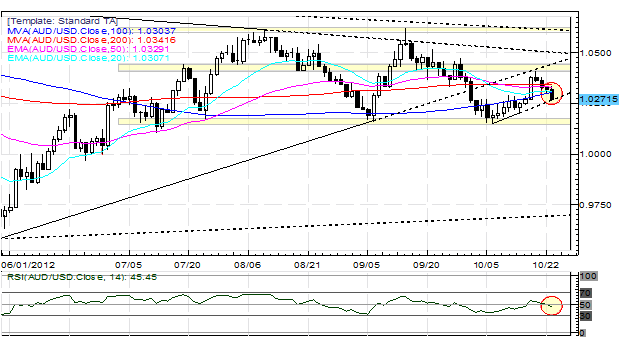 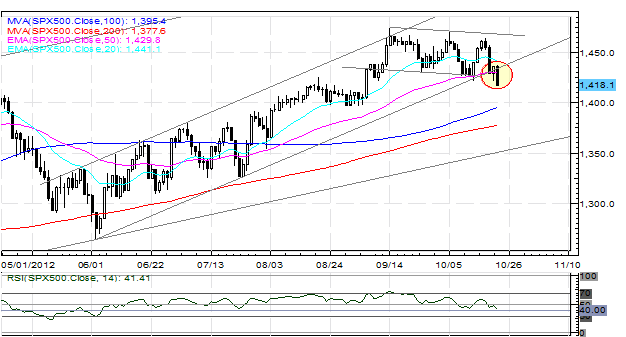 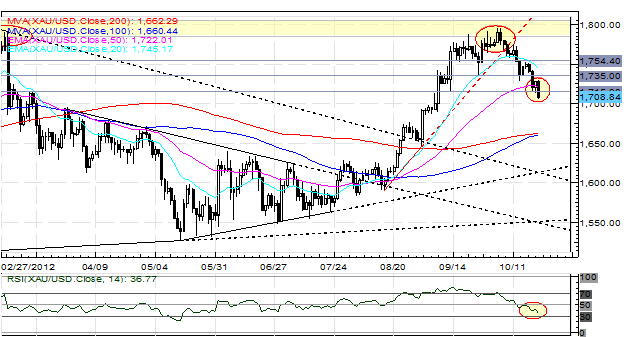