European leaders were wrapping up the umpteenth Euro-zone Summit as this report was being written, but there were few major developments out of an ultimately boring conference: there was more jawboning on Greece (‘Greece’s place is in the Euro-zone,’ yawn); and no material developments on the Spanish bailout (Spanish Prime Minister Mariano Rajoy did say that he would take a bailout if necessary, though). The Euro is trading slightly lower against its major counterparts as the Summit concludes, but because expectations for anything were, broadly speaking, so low, there’s been little collateral damage.

Nevertheless, the results of this Summit are disappointing. Once more, when provided with the opportunity to make a grand statement about European solidarity, the stewards of the world’s largest single market balked. Why? – the markets aren’t putting pressure on them to right now. Just take a look at yields (below): ever since the European Central Bank promised to cap Italian and Spanish bond yields, it has been the assumption that if the socioeconomic situations in Europe’s third and fourth largest countries deteriorate further, only then would a bailout come about. Furthermore, with the region’s bailout fund, the European Stability Mechanism (ESM) online, there’s even less pressure to implement reforms and for leaders to work towards a more unified Europe, knowing full-well that ‘relief’ can be tapped at any point.

So for now, Euro-zone leaders hit the ‘snooze’ button on the proverbial crisis clock, pushing back anything substantive until the next round of meetings next month. This blown opportunity to make efforts when the markets aren’t applying pressure might just come back and haunt leaders, particular the Spanish Prime Minister: he and others will look foolish if yields rise too quickly now and a hasty meeting needs to be convened to agree to the terms of a bailout. 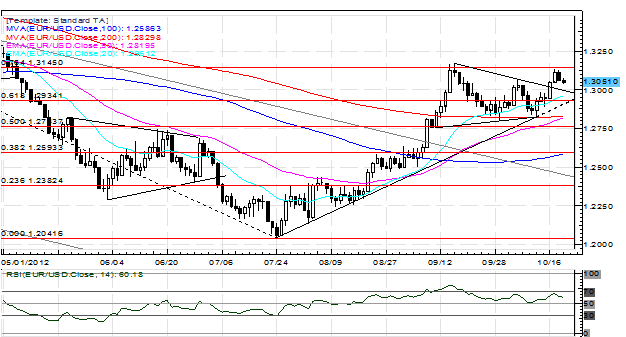 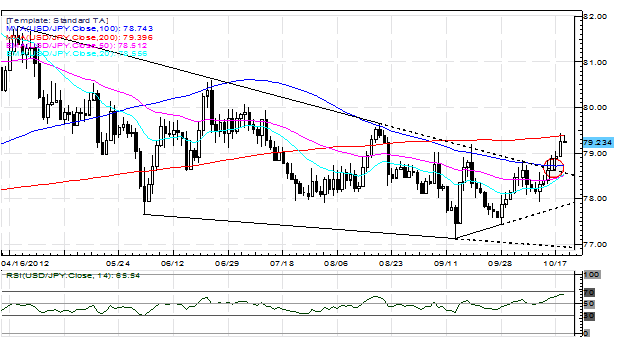 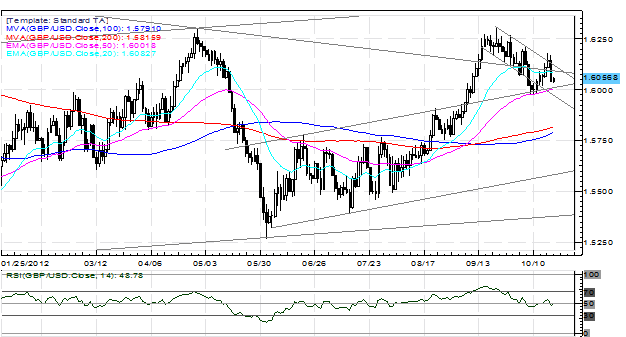 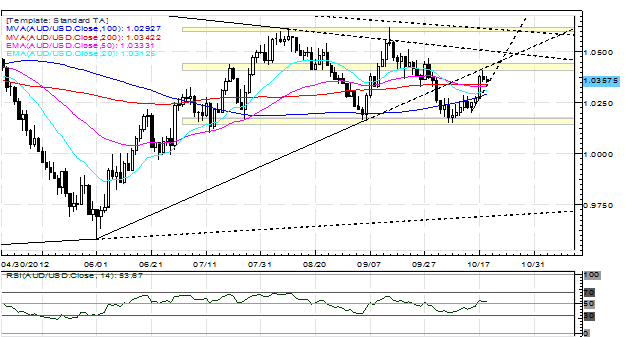 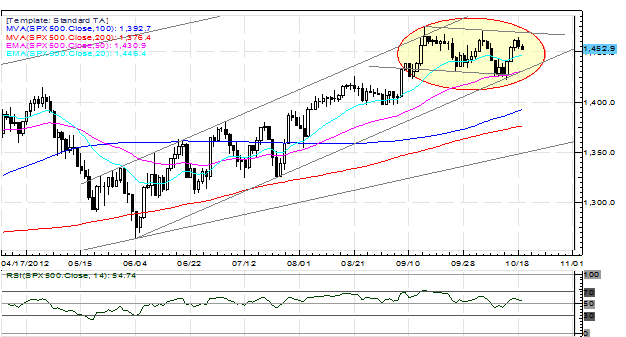 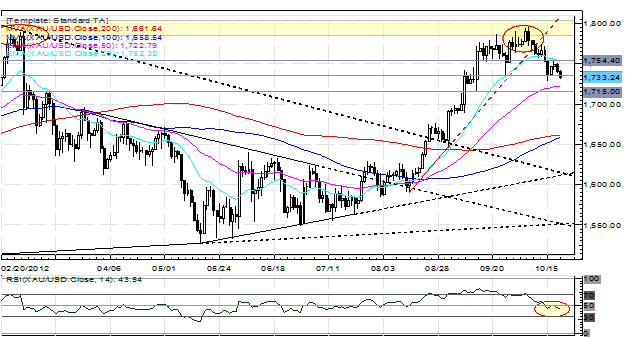 GOLD: No change from Tuesday: “Gold held our first big test level of 1735 and with burgeoning US Dollar weakness, precious metals could rebound. It is worth noting that there is massive developing RSI divergence (the last time RSI was this low price was below 1600), which portends to a bullish outcome.” Resistance is 1755/58 and 1785/1805. If the US Dollar strengthens, we look lower towards 1735 and 1715/22 (former swing levels, 50-EMA).