For the month of October, I’ve been beating the drum that markets were closing in on a major inflection point. Many assets, including commodities, currencies, and equities, were sitting at significant levels of support as global investor sentiment deteriorated to recent lows. The point has been that oversold technical in the near-term, coupled with the correct positive fundamental catalyst, could trigger a sizeable bounce as shorts covered their position amid moderating sentiment.

The past few days, this is exactly what’s been happening: speculation over a Spanish sovereign bailout has reached critical mass to the point that investors are now seeking yield. As such, the Australian and New Zealand Dollars are outperforming alongside the Euro, while the Japanese Yen and the US Dollar, the “safe havens” of the currency market, are trailing for the second consecutive day.

The increase in speculation for a Spanish bailout comes amid two fairly important developments yesterday. First, as noted in this report yesterday, Spain has indicated it will seek an emergency line of credit via the European Stability Mechanism (ESM), and now it seems that Germany is open to such measures following comments from Michael Meister, a deputy caucus leader of Chancellor Angela Merkel’s Christian Democratic party, and Norbert Barthle, CDU’s budget spokesman.

The second development is that Moody’s Investors Service said it would keep Spain’s rating on hold at ‘Baa3’. For weeks, Spain was expected to see a downgrade from Moody’s but it ended up being Standard & Poor’s that pulled the trigger; both Moody’s and S&P have Spain’s credit rating at one notch above ‘junk’ on their respective scales. The timing of these events is no coincidence: there is a Euro-zone Summit beginning tomorrow.

There are two items of interest on the calendar today, both out of the United States before the US cash equity open, just like yesterday. At 08:30 EDT / 12:30 GMT, the USD Building Permits (SEP) report is due, and should show a slight gain of +1.1% m/m. Also released at that time is the USD Housing Starts (SEP) report, which is forecasted to show gains of +2.7% m/m. These data fit neatly in with the narrative for a bottoming housing market, which has seen the S&P/Case-Shiller Composite-20 Home Prices Index rise by +7.84% since February this year. 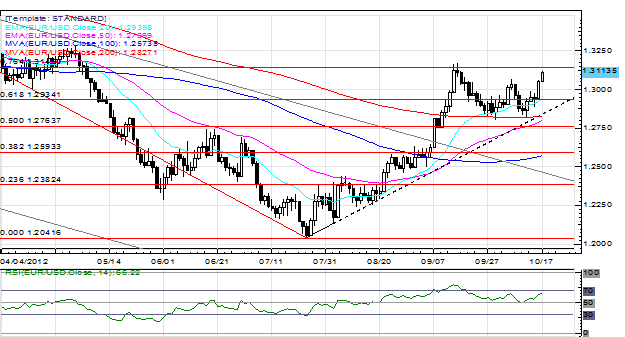 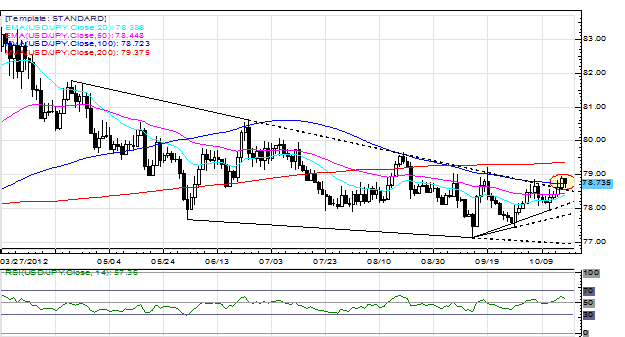 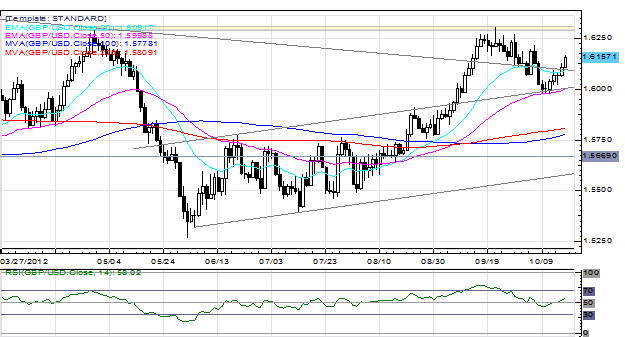 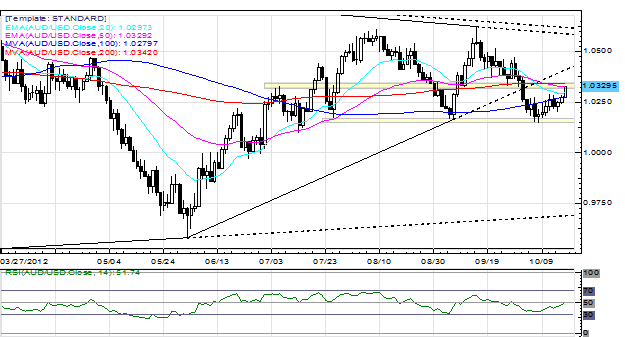 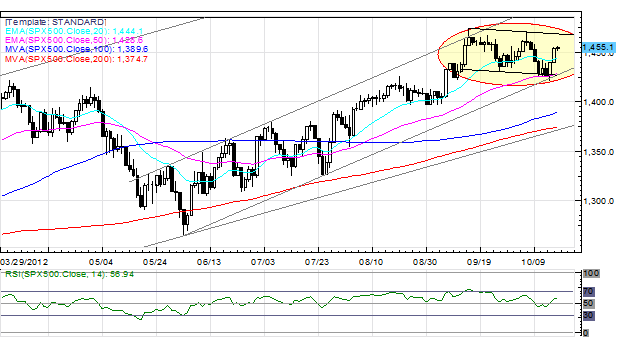 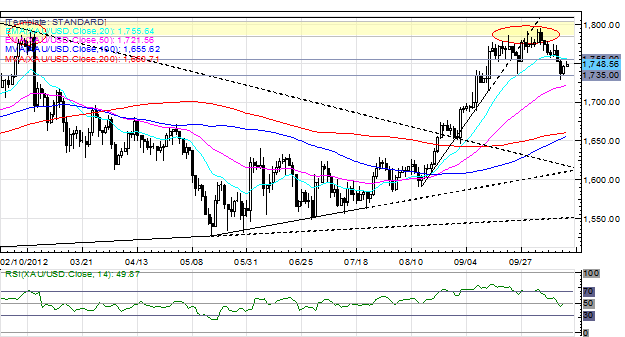 GOLD: No change from yesterday: “Gold held our first big test level of 1735 and with burgeoning US Dollar weakness, precious metals could rebound. It is worth noting that there is massive developing RSI divergence (the last time RSI was this low price was below 1600), which portends to a bullish outcome.” Resistance is 1755/58 an 1785/1805. If the US Dollar strengthens, we look lower towards 1735 and 1715/22 (former swing levels, 50-EMA).