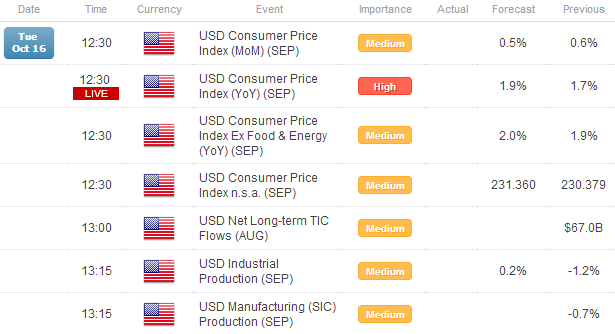 Markets have been quite choppy in the overnight although ahead of the North American trading session, risk-appetite appears to be improving, led by the Euro which is the best performing currency on the day. The catalyst: improving sentiment around Europe, especially with respect to the impending Spanish bailout, something I noted in this week’s Euro Weekly Trading Forecast.

The Wall St. Journal is reporting that Spain is considering requesting a new line of credit from the European Stability Mechanism (ESM), the region’s bailout fund. Of course, this means that the European Central Bank will likely be in the market, utilizing the new OMTs, the central bank’s unlimited sterilized bond-buying program designed to cap participating sovereigns’ yields.

The report also draws light on another clue that Spain is moving towards a bailout request, on top rhetoric from German Chancellor Angela Merkel and French President Francois Hollande. Last month, it is noted, Spanish Prime Minister Mariano Rajoy said that he would only seek a bailout for his country if he received “unanimous” support from other Euro-zone leaders. When would be a better time to request a bailout than this week at the Euro-zone Summit.

To me, all signs are pointing to a bailout. Will the results appease markets for long? Perhaps. But, in my opinion, I think this would remove a significant near-term hurdle from the investment horizon and allow the EURUSD to move to fresh highs in the second half of 2012.

There are several intriguing pieces of data due out today, all of which come out of the United States before the US cash equity open. At 08:30 EDT / 12:30 GMT, the USD Consumer Price Index (SEP) will be released and is expected to show a slight jump in both the headline and core readings, though both will remain at or just under the Federal Reserve’s +2% yearly inflation target. At 09:00 EDT / 13:00 GMT, the USD Net Long-term TIC Flows (AUG) report is due, which is as a measure of Treasury flows and is a good indicator for global sentiment. At 09:15 EDT / 13:15 GMT, the USD Industrial Production (SEP) report should show a slight rebound, though not enough to overcome to the contraction in August. 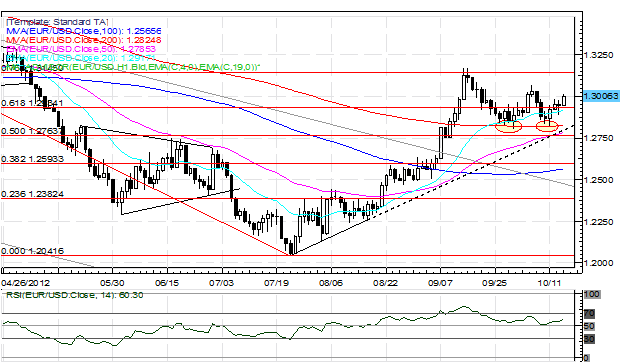 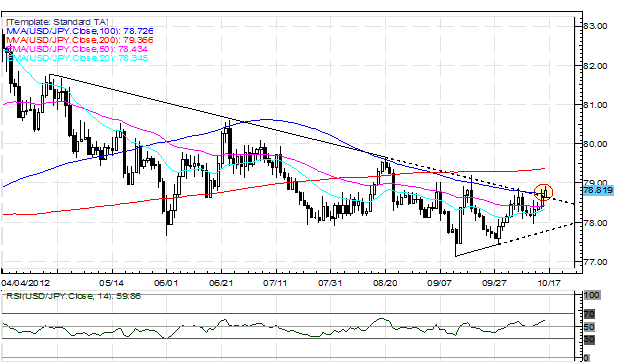 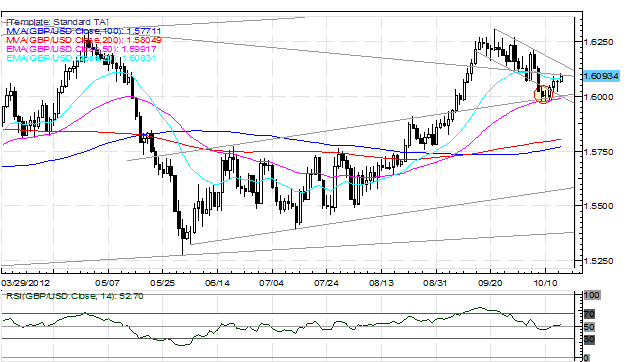 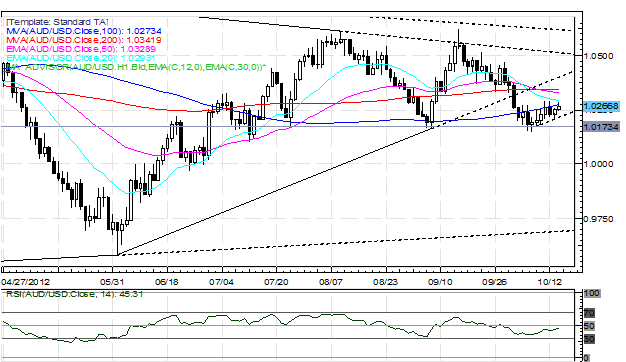 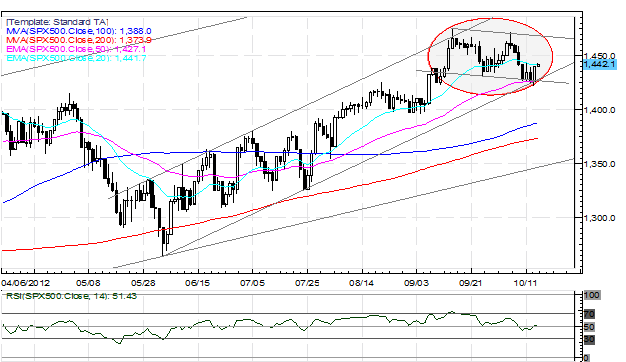 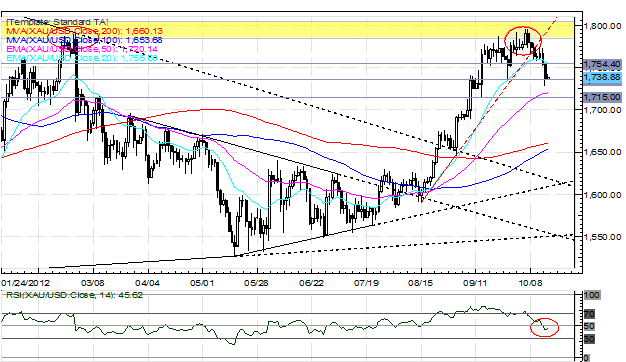 GOLD: Gold held our first big test level of 1735 and with burgeoning US Dollar weakness, precious metals could rebound. It is worth noting that there is massive developing RSI divergence (the last time RSI was this low price was below 1600), which portends to a bullish outcome. Resistance is 1758 an 1785/1805. If the US Dollar strengthens, we look lower towards 1735 and 1715/20 (former swing levels, 50-EMA).