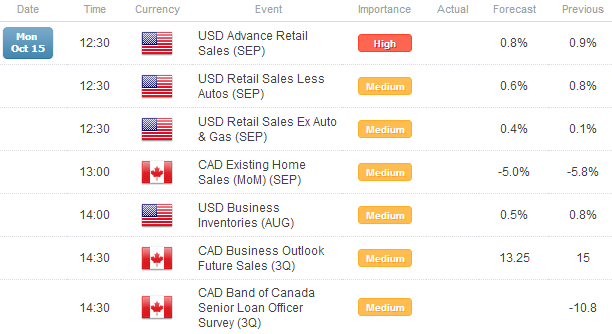 News was light over the weekend, although data out of Asia proved to be materially important for global investor sentiment. Headed into the weekend, there were two concerns for the week ahead: what will the swath of Chinese data bring; and what will happen in Europe this week with respect to the Spanish bailout?

The first answers regarding China began to trickle in the past few days, with Chinese September trade data showing that Exports increased by more than expected while Imports held steady, allowing for a wider surplus despite forecasts for a narrower one. Alongside headline inflation pressures that continue to trend lower, in both the Consumer and Producer Price Indexes for September, the view that China is headed for a ‘hard landing’ is indeed softening. With the third quarter GDP on tap for this Thursday, we expect Chinese-linked currencies (the Australian and New Zealand Dollars and the Japanese Yen) to see a bit more action in the coming days.

In Europe, it appears that there’s a growing consensus for “more time” for Greece, with reports indicating that Greek Prime Minister Antonis Samaras will agree to new austerity measures with international lenders by this week’s Euro-zone Summit, slated for October 18 to 19. Greek bond yields sank today, so perhaps there is some credibility to these reports.

Also out of Europe has been the ceremonial pre-Summit jawboning from various leaders and institutions, but the outlook is surprisingly dull. In fact, taking a look at bank research this morning, expectations for the Summit this week are “quite low to begin with,” says Deutsche Bank, while JPMorgan’s European political analyst Alex White wrote over the weekend that no significant progress should be expected on Greece or Spain. I however take a different view: although expectations are low, there have been some more than curious developments over the past few weeks that suggest something bigger may be going on.

There are a few important data releases to start the week, most of which are due within an hour of the US cash equity open. At 08:30 EDT / 12:30 GMT, the USD Advance Retail Sales (SEP) report is due, and should show an uptick in consumption in the United States, coming in line with the recent boost in consumer sentiment. Even the USD Retail Sales Less Autos (SEP) figure should be strong, which bodes well for headline GDP growth (though growth is projected at +2.0% annualized at best given current sales rates). At 09:00 EDT / 13:00 GMT, the CAD Existing Home Sales (SEP) report is due, which should show continued to declines. At 10:00 EDT / 14:00 GMT, the USD Business Inventories (AUG) report will be released, though the tepid figure shouldn’t stoke much volatility. 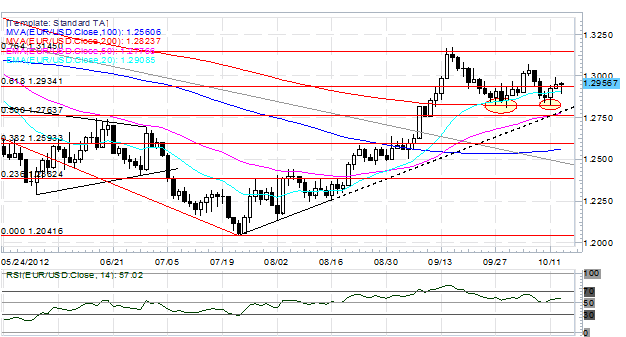 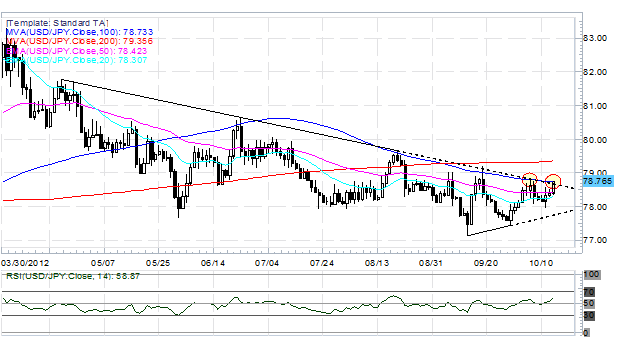 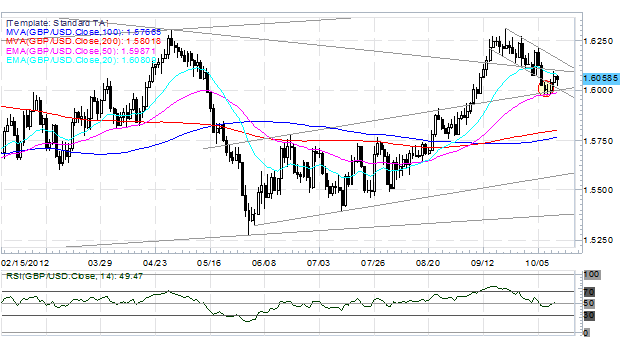 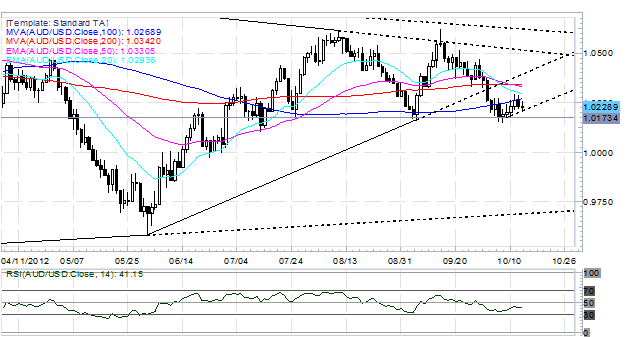 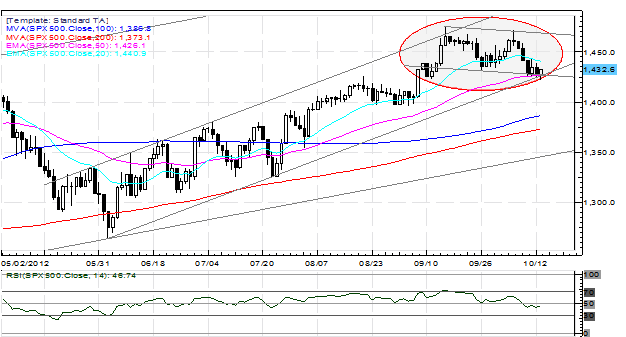 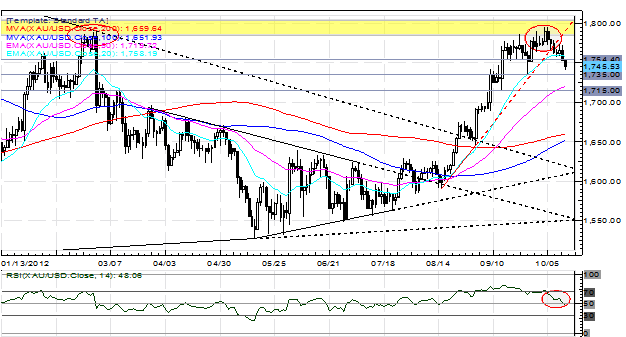