There was not much by way of important data or news out of Asia or Europe last night, and as such, markets around the globe have been relatively…boring. High beta currencies and risk-correlated assets are all intertwined – the Australian Dollar and the Japanese Yen are the two worst performing currencies while the New Zealand Dollar and the Swiss Franc are two of the top performing currencies. Our main focuses today are on the Spanish bailout and risk trends in general.

On Wednesday, after US equity markets closed for the cash session, Standard & Poor’s downgraded Spain to one notch above ‘junk’ status. If there was any doubt that there is pressure on the government to accept a bailout via the European Stability Mechanism (ESM) that should be dispelled at this point. Initially, the market reacted as expected: the Euro depreciated and Spanish yields moved higher. But what’s happened since the initial reaction has been quite the opposite – the Euro is rallying and Spanish yields, especially on the short-end of the yield curve, are falling. What does this mean? Market participants are positioning themselves for a Spanish bailout and for the European Central Bank to come into the market to buy Spanish debt via the OMTs, the unlimited sterilized bond-buying scheme designed to ‘save the Euro.’

In terms of risk trends in general, as explained in further detail below, by no means is the S&P 500 looking bearish in the short-term, technically or fundamentally: there is a clear Bull Flag forming; and the Federal Reserve remains in the market, purchasing $40 billion in agency MBS per month. While I do think the S&P 500 is carving out a top, I don’t think that this is the top we’re looking for just yet – a push to 1500 shouldn’t be ruled out so long as 1425 holds.

There are two major data releases on the calendar to round out the week, only out of the United States. At 08:30 EDT / 12:30 GMT, the USD Producer Price Index (SEP) will be released, and should show a moderation in inflation at the factory gate. At 09:55 EDT / 13:55 GMT, the USD U. of Michigan Consumer Confidence (OCT P) report is due, which should show that Americans’ sentiment held near its most positive levels in 2012. 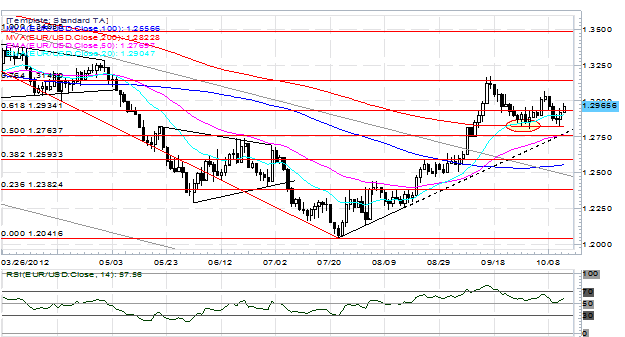 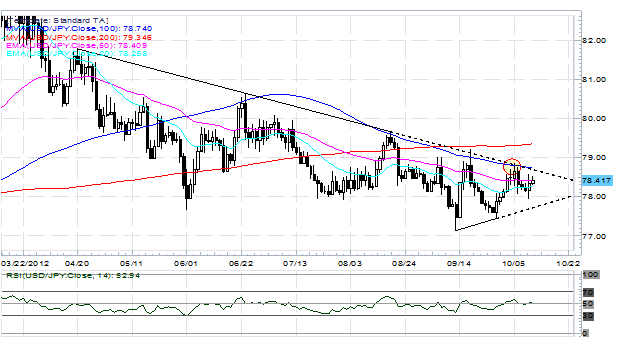 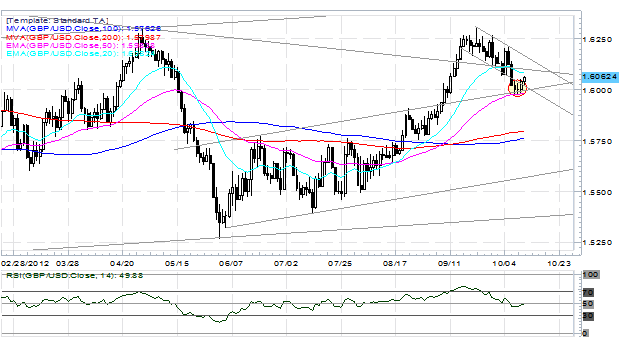 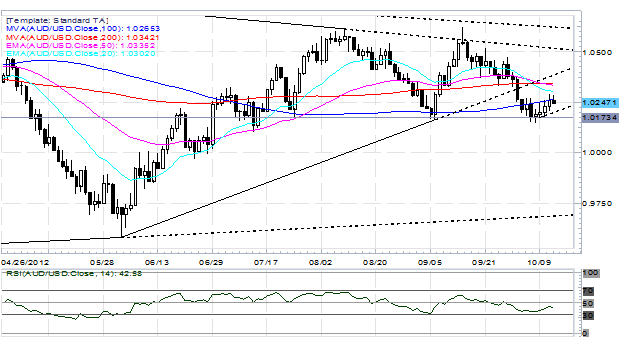 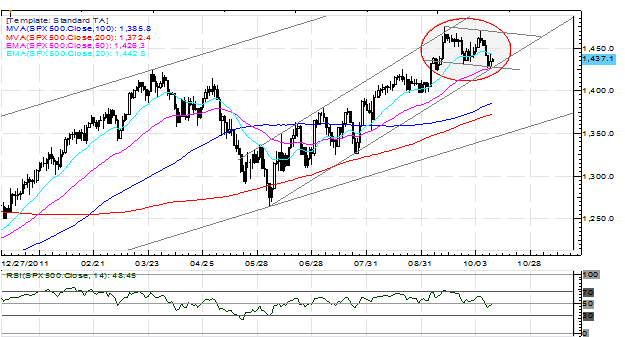 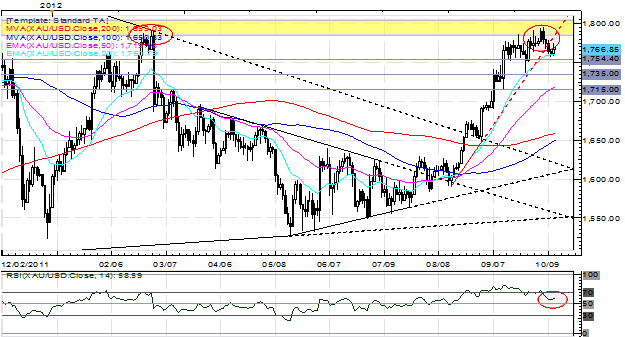