European bond and equity markets are mixed but commodities and FX are signaling “risk-on” for Thursday, with the high beta currencies, the Australian, Canadian, and New Zealand Dollars leading the majors. Trailing the pack, as typical during trading sessions when investors are looking for yield, the Japanese Yen and the US Dollar are having their weakest days in a week. Accordingly, stocks in Europe are up and US equity market futures are pointing to a higher open, with precious metals rebounding modestly as well.

There were two major developments over the past 24-hours, one in Asia and one in Europe. Yesterday after US equity markets closed, Standard & Poor’s announced that it had cut the Spanish sovereign debt rating to ‘BBB-’ from ‘BBB+’, bringing the nation to the brink of ‘junk.’ Yes, that’s right: Spanish debt is still considered investment grade paper. Although the Euro reacted quite negatively to the news (a downgrade from Moody’s Investors Service was expected, not from S&P), it has since rebounded on the sentiment that any additional bad tidings could force the government into seeking a bailout via the European Stability Mechanism (ESM), which came online Monday. This would also pull the European Central Bank into the market as a lender of last resort for Spain, given its unlimited sterilized bond-buying program.

In Asia, data showed that the Australian labor market made strides forward in September, despite a sizeable increase in the Unemployment Rate: jobs were added at a quicker pace than previously thought; and the participation rate, a gauge of the population in the labor pool, increased as well (hence the jump in the Unemployment Rate). Considering that Australia’s largest sector is mining, this is a welcomed development for a nation whose fate is very much tied to the Chinese growth picture. It is of little coincidence that the Australian Dollar leads as more evidence gathers that fears of a Chinese “hard landing” are overblown in the near-term.

While there are numerous American and Canadian data releases this morning, there are only three that are worth paying attention to. At 08:30 EDT / 12:30 GMT, the weekly USD Initial Jobless Claims (OCT 6) report is due, with claims hovering near recent levels; at this rate, October jobs growth looks to be in the area of +105K to +125K per month. Also released then is the USD Trade Balance (AUG), which should show a wider deficit despite a weakening US Dollar throughout the month. Finally, in the second half of the North American trading session, the USD Monthly Budget Statement (SEP) is forecasted to show a surplus. 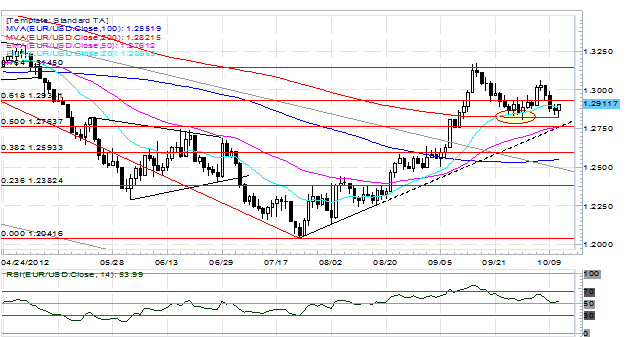 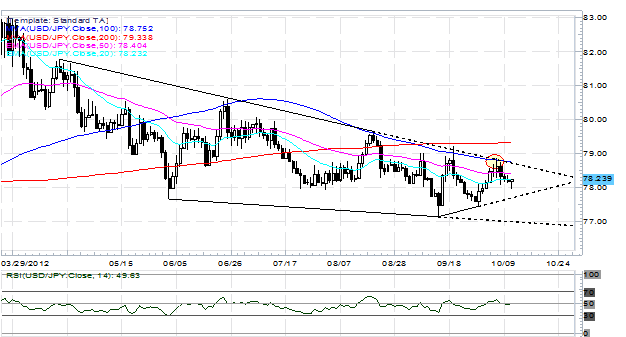 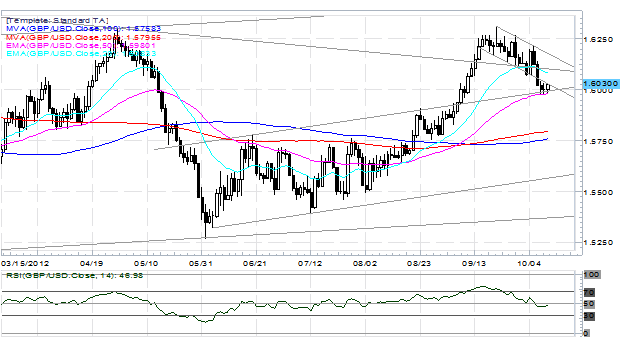 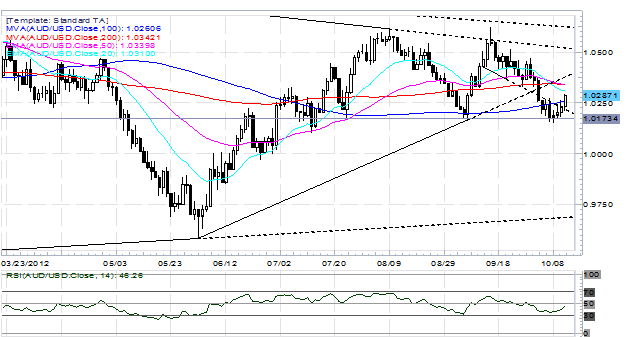 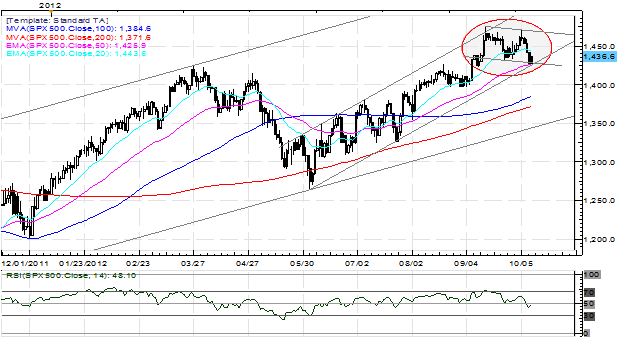 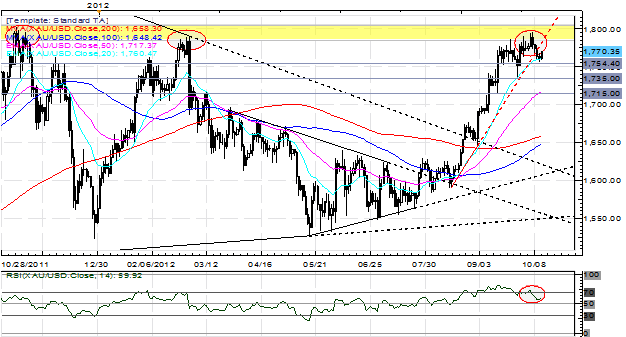