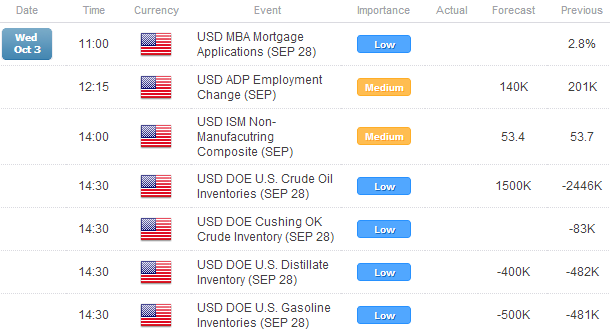 Sentiment is becoming increasingly negative on China. Numerous weak data releases over the past several weeks, compounded by concerns over a hasty leadership transition, has stoked a sell-off in any and all assets associated with the emerging Asia growth story: the Australian Dollar (currencies); the Shanghai stock index (equities); copper and iron ore (commodities).

Price action overnight was more of this theme, with a significantly weaker Australian Trade Balance for August alongside a declining September Chinese Services PMI stoking the next leg lower. It’s of little surprise, then, that the Australian and New Zealand Dollars (both countries have China as a top two or three trading partner) are heading lower, with the Japanese Yen (as a regional safe haven) and the US Dollar moving higher.

Despite the news, we find that because sentiment is becoming so stretched bearishly, and that the AUDUSD is coming into major support (mid-July and early-September swing lows), we could see a countertrend move in the next few days to see some technical relief. Accordingly, taking a look at the NZDUSD, the pair has held up quite well in the risk-off phase of the market the past few weeks, and appears to be flagging in an uptrend. Adding in the EURUSD’s and the S&P 500’s resilience recently (trading sideways after overbought readings), the market could be coiling for the next move higher.

The economic docket is fairly light today though there are two releases that have caught our eye. At 08:15 EDT / 12:15 GMT, the USD ADP Employment Change(SEP) report will be released, and modest jobs growth – albeit slower than last month – is forecasted. At 10:00 EDT / 14:00 GMT, the USD Non-Manufacturing Composite (SEP) is due, which should show a small correction, but the index will remain in modest growth territory. 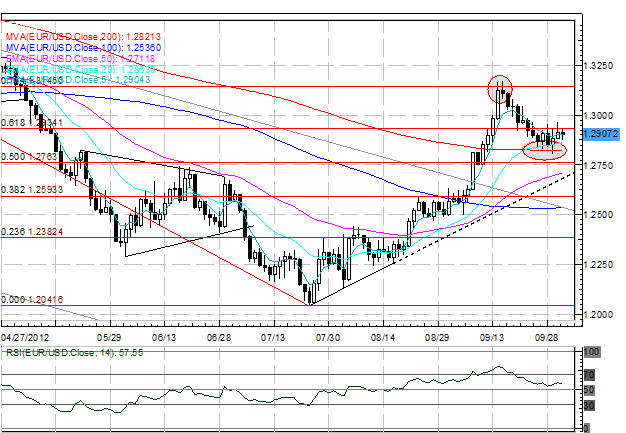 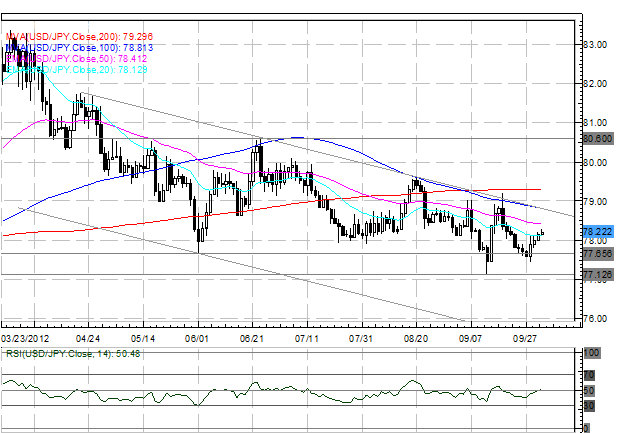 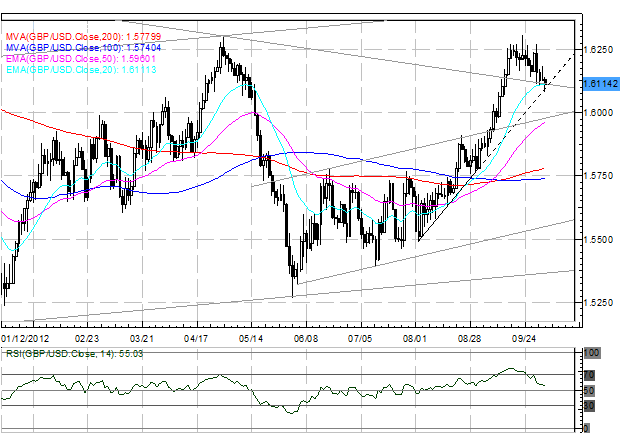 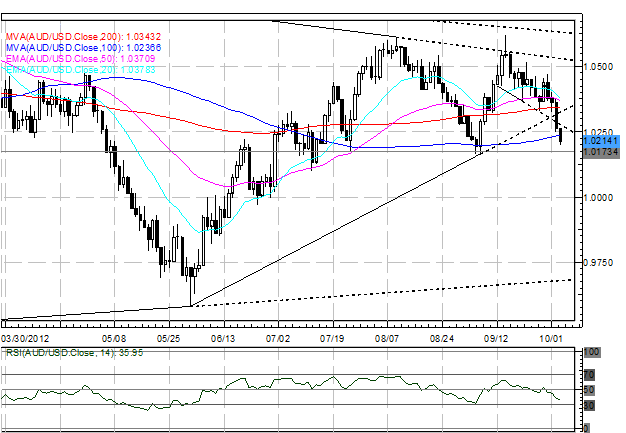