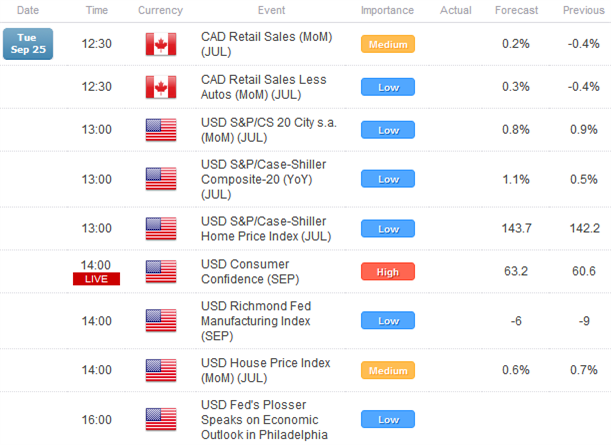 A lack of data and news in the overnight has left the majors trading in tight ranges over the past few hours, with no major gaining or losing more than +/-0.18% against the US Dollar thus far on Tuesday. The top performer has been the New Zealand Dollar, followed closely by the Japanese Yen, whereas the Canadian Dollar and the Euro are trailing the pack. The implication is clear: neither the high beta and risk-correlated currencies nor the safe havens have been able to establish a clear direction on the day.

An interesting development that did occur shortly into the penning of this article was the release of some flow data by Standard & Poor’s with respect to the Swiss National Bank. According to their research, the SNB purchases some €80 billion of core Euro-zone credit during the first seven-months of 2012, which help artificially lower French and German yields amid the SNB’s quest to keep the EURCHF exchange rate tempered near 1.2000.

What’s interesting about this is that some of the concerns about the discrepancies between core and peripheral credit may have in fact been provoked by the SNB – making the European Central Bank’s job that much more difficult (as the crisis thus looked more exaggerated). Accordingly, a positive feedback loop was potentially created, in which the EURCHF floor is maintained by buying core debt, which makes peripheral debt look worse, which makes investors flee to safety, which pressures the EURCHF floor, which forces the SNB to buy more debt (printing Swiss Francs)…perhaps the SNB floor had consequences after all.

The economic docket is fairly light today though there are a few data due that have piqued our interesting. At 08:30 EDT / 12:30 GMT, CAD Retail Sales (JUL) will be released and should show a small rebound. At 10:00 EDT / 14:00 GMT, the USD Consumer Confidence (SEP) report will be released, and sentiment is expected to have risen to its highest level in two-months. Also released at that time is the USD House Price Index (JUL), which is expected to show slight price growth, thought at a slower rate in June. 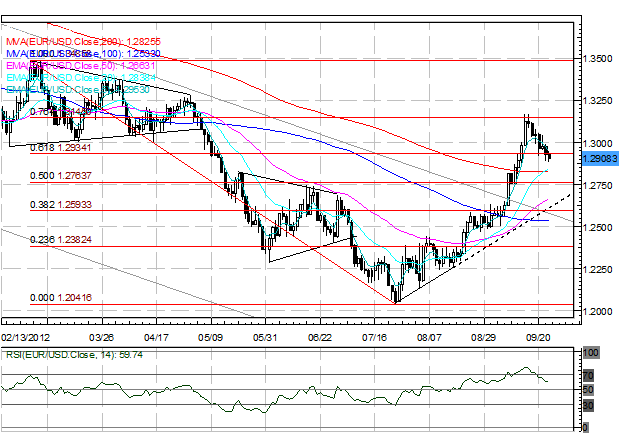 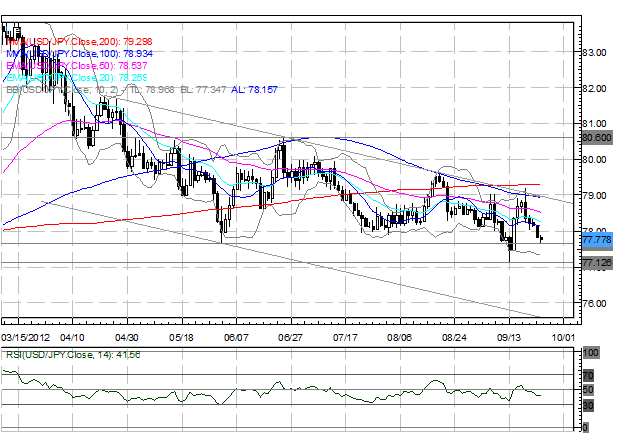 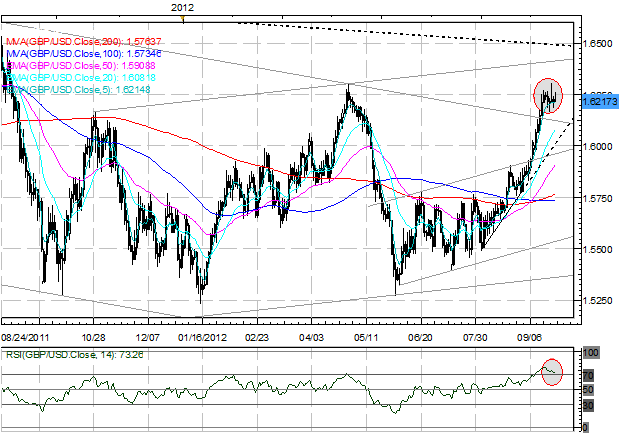