Risk-off as Global PMI Figures Send Aussie and Euro Down, Dollar and Yen Up

The risk landscape is firmly negative this morning with high beta and risk-correlated currencies trading substantially lower. The Australian Dollar and the Euro, on the back of weak Chinese and Euro-zone PMI figures (but for Germany, which improved), have fallen to critical levels of support while the Japanese Yen and the US Dollar, amid the flight to safety on the day (and a continuation of the rebound out of oversold technical levels), have perked up quite nicely. Although the general risk-off atmosphere circulating the globe this week, with the European Central Bank, the Federal Reserve, and the Bank of Japan priming the pump for the foreseeable future (only a matter of time before the BoJ adopts an unlimited program), risk-correlated assets will not stay low for long.

While the disappointing private sector PMI Manufacturing reading for China comes as no surprise (we’ve been in the “hard landing” camp since 4Q’12), the Euro-zone PMI readings are far more interesting. The Euro-zone figures themselves showed a miss on both the expectations and the prior readings, but the divergence that we’re drawn to comes in the core: German PMI Manufacturing and PMI figures showed a flip back to growth conditions while the same French PMI figures slid sharply low. Or, the economic crisis, one that can’t be solved by lower bond yields because, let’s face it, no consumer whose wages (especially when adjusted for inflation) are dropping alongside shakier employment prospects is going to spend conspicuously just because the ECB has unveiled its ‘bazooka.’ Theory might state otherwise (vis-à-vis the lending transmission mechanism that suggests banks will dole out credit), but in reality, such an event has yet to be seen.

The docket is considerably more saturated today, with five important data releases due in the first half of the North American trading session. At 08:30 GMT / 12:30 EDT, USD Initial Jobless Claims (SEP 15) are expected to improve slightly, though we caution that recent prints have disappointed (alongside labor market weakness elsewhere). At 08:58 GMT / 12:58 EDT, the USD Markit US PMI Preliminary (SEP) will show a slowing pace of manufacturing growth. At 10:00 GMT / 14:00 EDT, the USD Leading Indicators (AUG) will show a slight contraction, adding to fears of a US recession, while the USD Philadelphia Fed Index (SEP) will show further signs of slowing growth in the Mid-Atlantic region. Also released after the US cash equity open is the EUR Euro-zone Consumer Confidence (SEP A) report, due to indicate some slight improvement in sentiment (though still very negative). 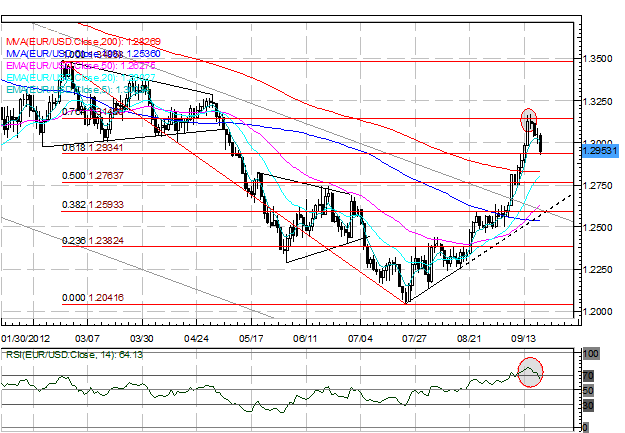 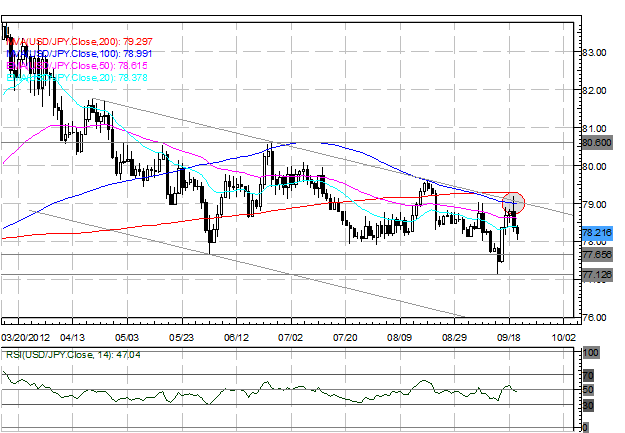 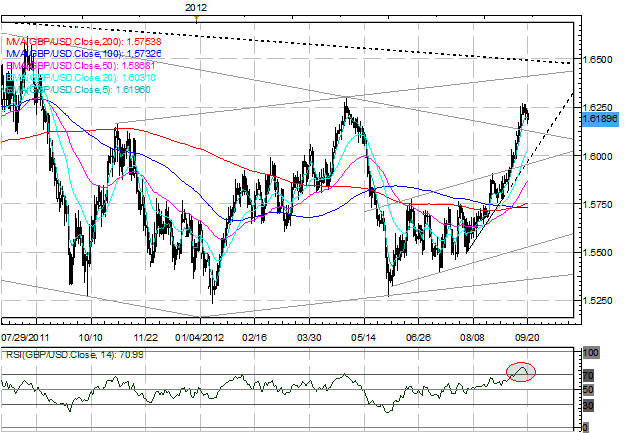 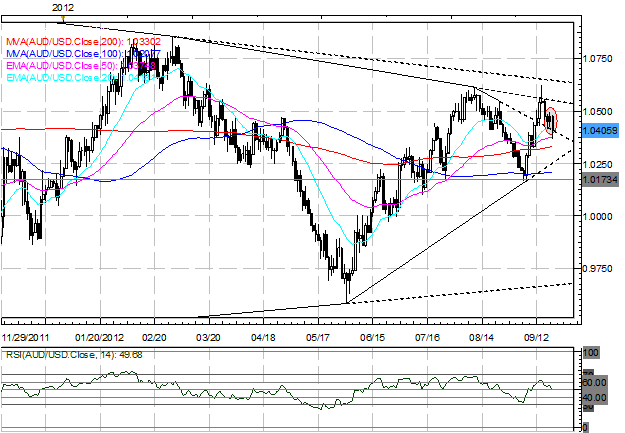