First the European Central Bank, then the Federal Reserve, and now the Bank of Japan: all are implementing massive easing policies to try and help their respective economic jurisdictions recover. But there’s one main difference: the ECB’s and the Fed’s plans are unlimited in nature (with the Fed’s likely to be more effective at depreciating the US Dollar given the unsterilized nature of the program), while the BoJ’s is capped at a paltry ¥10 trillion ($126 billion).

The new liquidity injection spurred demand for high beta currencies and risk-correlated assets initially, with the Australian and New Zealand Dollars, as well as the Euro, gaining against the Japanese Yen and the US Dollar in the wake of the release. However, by pre-US trading hours, any enthusiasm spurred by the BoJ’s move had faded, and risk-aversion – a move back into the Japanese Yen and the US Dollar, as well as out of equities and into safe government bonds (US Treasuries, German bonds) – is starting to brew.

In Europe, rumors are starting to emerge that Spain will request a sovereign bailout sometime in early-October ahead of the European Stability Mechanism (ESM) coming online on October 8, and bond markets are reacting as expected – traders are bidding up short-term Spanish bonds (yields down) to front run the ECB. Nevertheless, the Euro is leading to the downside today: it is possible that as the reality of the ECB swapping out high-rated credit (German) for low-rated credit (Spanish) on its balance sheet could be hurting the single currency’s prospects. We’ll explore this theme in more detail over the coming days.

The docket is fairly light today but our attention is drawn to three data pieces due out around the US cash equity open. At 08:30 EDT / 12:30 GMT, the USD Housing Starts (AUG) report is due, and a slight uptick is forecasted. Also released at that time is the USD Building Permits (AUG) report, which is forecasted to show a small decline. Housing Starts are the more important release of the two, but it should be noted that Building Permits can serve as a leading indicator for the health of the housing sector. Later, at 10:00 EDT / 14:00 GMT, the USD Existing Home Sales (AUG) report will be released, and a slight gain is due there as well. Overall, if the actual meet the expectations, the data should do little to inspire confidence that the housing sector has bottomed in the US. 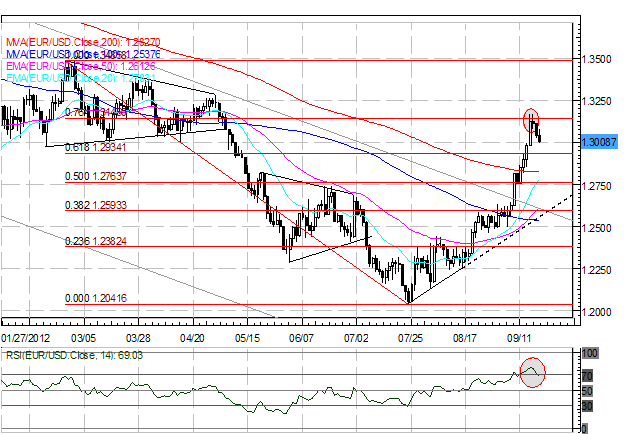 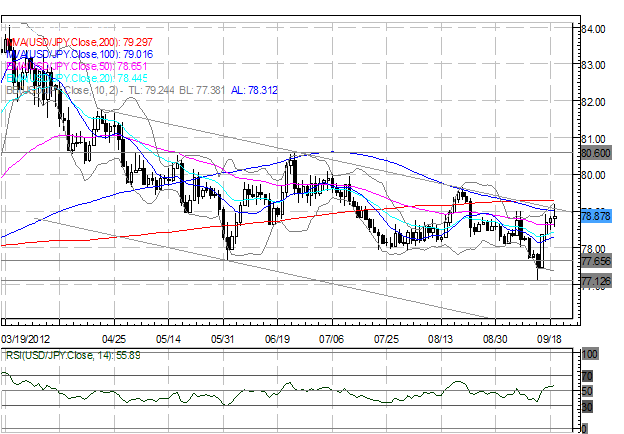 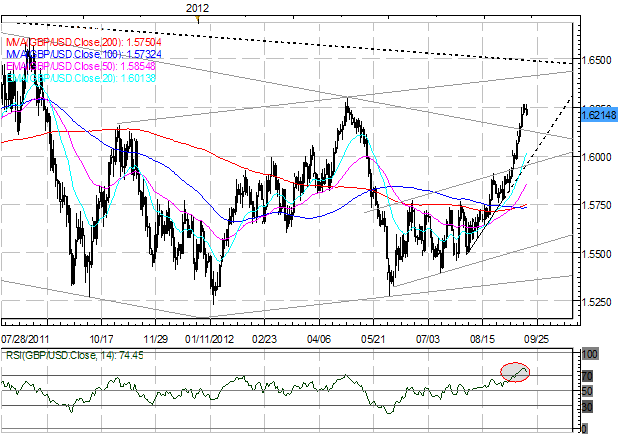 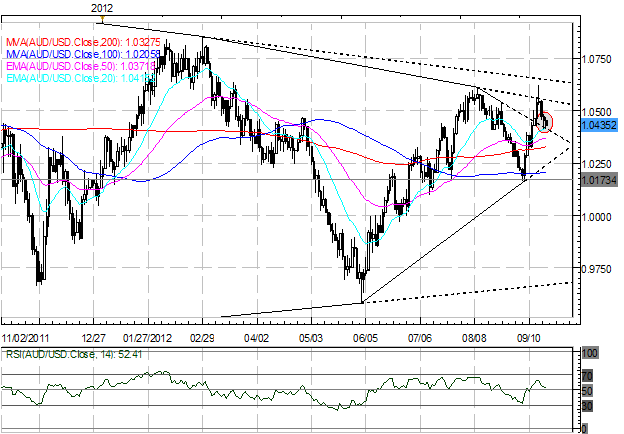