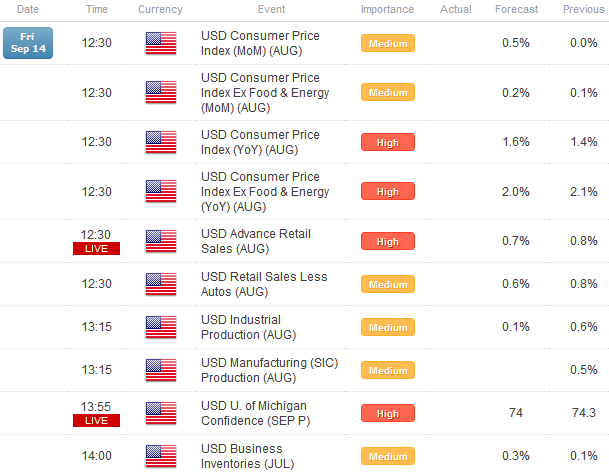 Let’s be clear: yesterday was a historic day for the Federal Reserve. In an unprecedented move, never before seen, the Fed announced an open-ended quantitative easing program, in which $40 billion of agency mortgage backed securities (MBS) will be purchased each month until the labor market recovers. But given the underlying trends in the labor market – structural weakness in manufacturing due to declining competitiveness (thanks, globalization!) as well as the lowest participation rate in the labor force in over three-decades – it’s clear that the conditions that the Fed would need to rescind its end-all be-all QE program are not going to be coming anytime soon: a “stronger economy that can cause the improvement to be sustained.”

It is of little surprise, then, that the US Dollar is taking such a beating today, falling across the board dramatically save against the Japanese Yen (we believe rising US Treasury yields and a jump in the 2s10s spread can be pointed to as a catalyst). The EURUSD has moved up to 1.3100 while the AUDUSD is back at 1.0600. Whereas it took over three-months for the EURUSD to decline from 1.3000 to 1.2042, it only took six-weeks for it to retrace all of those losses.

From a purely statistical technical perspective, the EURUSD advance has brought it into the rarefied atmosphere: the daily RSI, north of 80.00 at the time of writing (will change given that RSI is calculated on closing prices), it at its highest level since October 14, 2010. Within two-weeks, the EURUSD had topped, and over the next two-months, the pair declined by over 1200-pips. For now, 1.3120/45 looks to be a very interesting zone to the upside.

The week finishes with some significant data prints out of the United States (but we question the clout of fundamental data now that the Fed has enacted QE-Infinity). At 08:30 EDT / 12:30 GMT, the USD Advance Retail Sales (AUG) report will be released, and is expected to show a modest increase in consumption. A beat here will help the US Dollar rebound today. Also released at the same time is the USD Consumer Price Index (AUG) reading, which is forecasted to show an uptick in inflation following surging food and energy costs over the past several months. At 09:15 EDT / 13:15 EDT, the USD Industrial Production and Manufacturing Production (AUG) reports will be released, though only a very slight uptick in activity is expected. Finally, to round out the day, at 09:55 EDT / 13:55 GMT, the USD U. of Michigan Consumer Confidence (SEP P) survey will be released, and a slight downturn in confidence is anticipated. 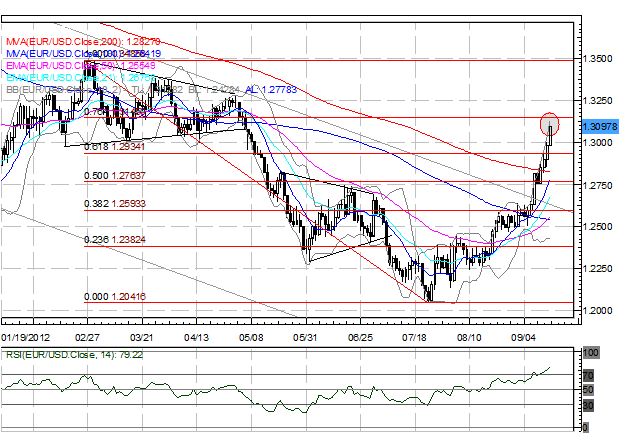 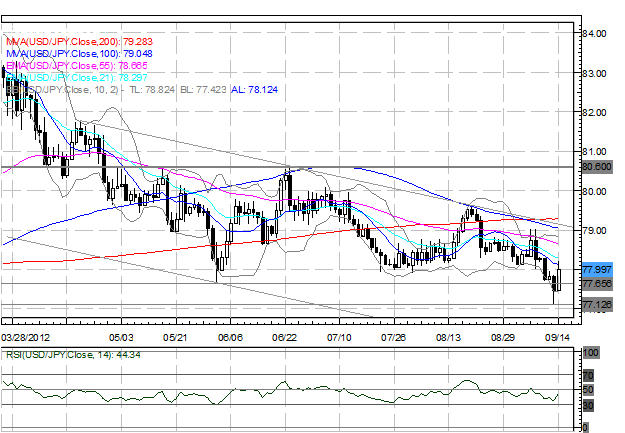 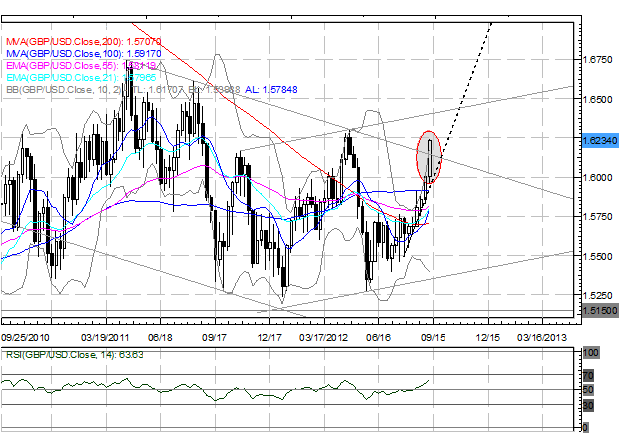 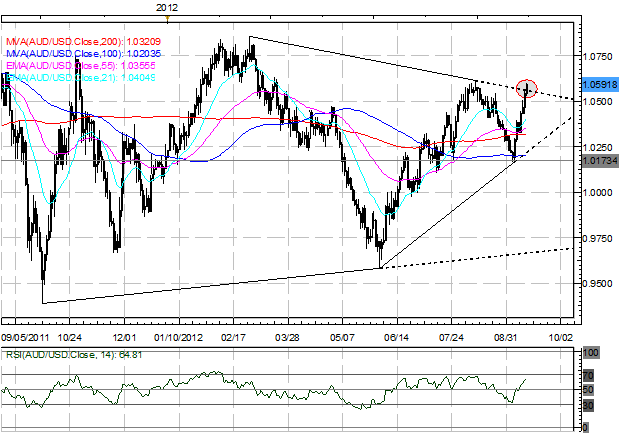