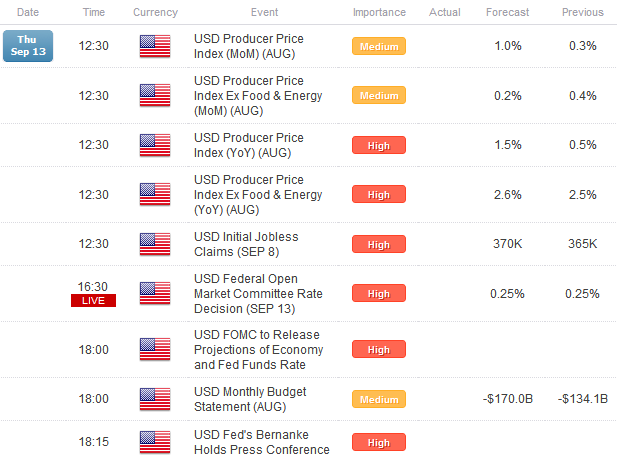 The US Dollar is broadly mixed to start Thursday, in what could perhaps be its last stand against a recent onslaught across the board. Following four out of five very disappointing labor market readings as measured by Nonfarm Payrolls (April: +68.0K; May: +87.0K; June: +45.0K; July: +141.0K; August: +96.0K) and US growth barely moving higher at an annualized rate of +1.7%, expectations are running high for another round of quantitative easing out of the Federal Reserve.

At the Jackson Hole Economic Policy Symposium, Chairman Ben Bernanke outlined an argument that was sufficient enough to “conclude that nontraditional policy tools have been and can continue to be effective in providing financial accommodation,” though he was careful to note that “[policymakers] are less certain about the magnitudes and persistence of those effects than we are about those of more-traditional policies.” Expanding on this, Chairman Bernanke said that “one possible cost of conducting additional LSAPs is that these operations could impair the functioning of securities markets…a second potential cost of additional securities purchases is that substantial further expansions of the balance sheet could reduce public confidence in the Fed’s ability to exit smoothly from its accommodative policies at the appropriate time.”

Overall, the Federal Reserve chairman concluded that “it seems clear…that such [nontraditional] policies can be effective…taking due account of the uncertainties and limits of its policy tools, the Federal Reserve will provide additional policy accommodation as needed to promote a strong economic recovery and sustained improvement in labor market conditions in a context of price stability.”Thus, the Federal Reserve is primed to act, willing to act, but is not sure that what has been used in the past will be as effective going forward. As such, any new forms of easing, in our opinion, are likely to be cut from a different cloth than previously deployed LSAPs or MEPs, likely aimed at helping consumers and home owners more directly.

The docket is packed today with a few very important events, all revolving around the United States. At 08:30 EDT / 12:30 GMT, the USD Producer Price Index (AUG)report is due, and is expected to show that inflationary pressures at the factory gate (as opposed to at the cash register, which is what the Consumer Price Index measures) are back on the rise, a poor sign for a downtrodden American consumer whose annual income household has fallen back to 1995 levels. But later in the day is when the fireworks will start.

At 12:30 EDT / 16:30 GMT, the Federal Open Market Committee Rate Decision is due, where it is widely expected that the key interest rate will be on hold at 0.00% to 0.25%. But a change in rate is not what makes this meeting important; instead, market participants will be eagerly awaiting to see the FOMC Economic Projections at 14:00 EDT / 18:00 GMT ahead of Federal Reserve Chairman Ben Bernanke’s Press Conference at 14:15 EDT / 18:15 GMT.

To view my thoughts on the matter, please revisit the articles below. 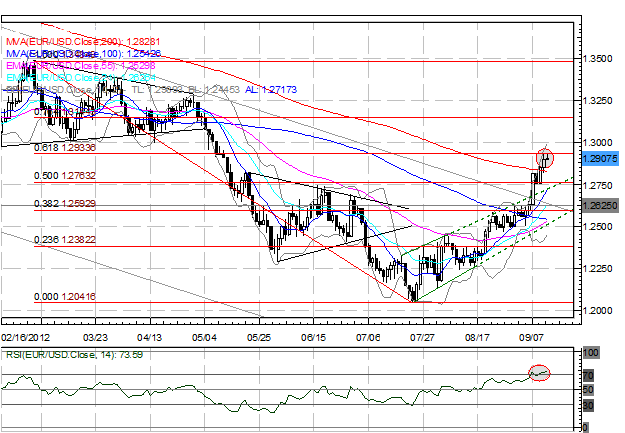 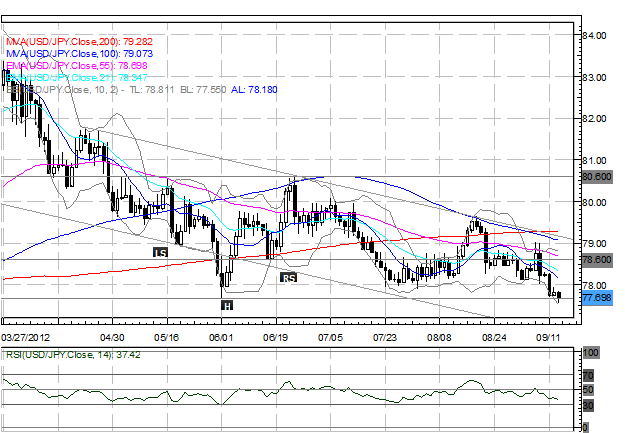 USDJPY: The June 1 swing low at 77.65/70 is being tested currently but without a daily close below said level, we believe there is scope for a rebound. It is unlikely that such an event will occur barring a significant fundamental catalyst: the Federal Reserve announces a major outright bond-buying program. We’ve been suggesting that “penetration of the August low at 77.90 will likely result in a washout to new lows with the potential for 77.65/70 and 77.30.” While this has begun, we remain cautious for the rest of the day with the FOMC on deck. A move back above 77.90 exposes 78.10/20, 78.60, and 79.10/30 (100-DMA, 200-DMA, descending trendline off of the April 20 and June 25 highs) 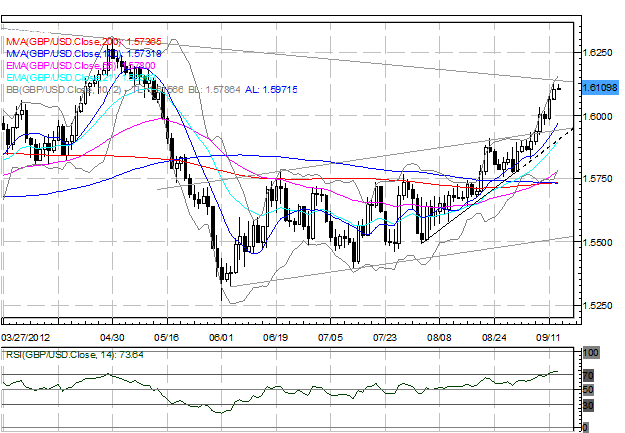 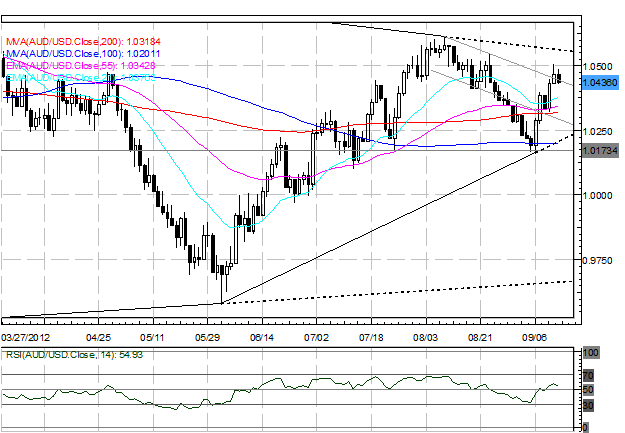