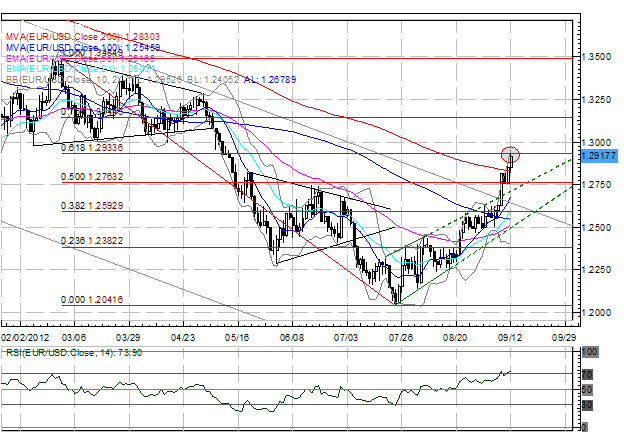 Risk-appetite is firmly switched ‘on’ today with global equity markets rallying, high beta currencies appreciating against the safe havens, peripheral European bond markets showing signs of relief, and both base metals and energy rallying thus far on Wednesday. We find this to be the case for one reason: the solidification of the European Central Bank’s bond-buying plan, which was announced last week.

As expected, and outlined in this column yesterday, the German Constitutional Court ratified the European Stability Mechanism (ESM), but with some conditions. Mainly, Germany’s involvement in the ESM can be €190 billion at maximum, at present time (in line with their current contribution). What this means is that if Germany needs to expand its contribution, the federal government (Chancellor Angela Merkel and Finance Minister Wolfgang Schaeuble) must first seek approval from the lower house of parliament, the Bundestag (akin to the US House of Representatives).

Essentially, what we have now in Europe is the bailout fund, the ESM, leveraged by the ECB to implement soft caps on sovereign yields. But for the ECB to actually buy bonds, the sovereign must agree to new reforms and international oversight in the form of the European Troika (the European Central Bank, the European Commission, and the International Monetary Fund), a tiny condition that Italy and Spain have thus far publicly decried as unacceptable.

Which leads us to the obvious conclusion: if Italy and Spain don’t apply for bailout assistance, thus rendering the ECB’s plan inactive; will promises that a floor is in place be enough to quell contagion fears? Accordingly, we believe that any implied intent to seek help from the ESM will have diminishing returns before market participants call Italy and Spain’s bluffs. The can has been kicked down the road – but for how long?

There are no key data releases on the docket for today, suggesting that prevailing sentiment and technical trends will continue to dictate price action for the next 24-hours. 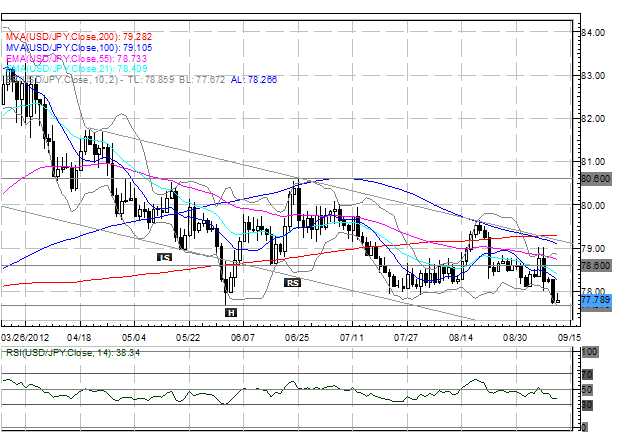 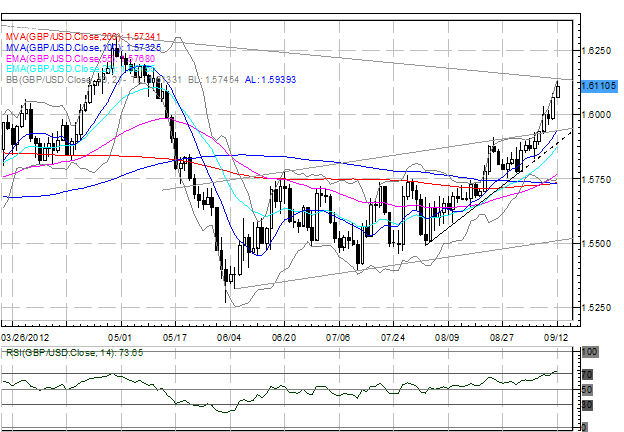 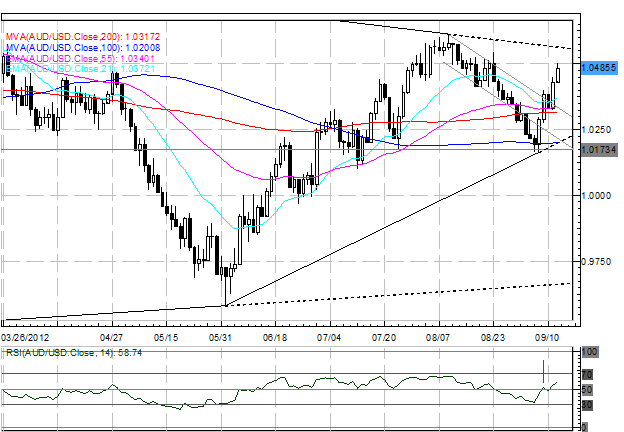