Euro Pulls Back after Italian PM Signals No ECB Bond-Buying

A soft open to the beginning of the week comes on the heels of some tenuous commentary by Italian Prime Minister Mario Monti, who suggested that Italy has no interest in participating in the European Central Bank’s bond-buying program. "Italy would not accept conditions beyond those already agreed and which we are already respecting," said Italian PM Monti during closed-door meeting in Italy today.

These comments come after ECB President Mario Draghi said last week that “Under appropriate conditions, [the ECB] will have a fully effective backstop to avoid destructive scenarios with potentially severe challenges for price stability in the euro area.” Perhaps that first portion of the phrase was more important than market participants initially interpreted, “under appropriate conditions.”

Whatever those conditions may be, they’re not good enough for Italian PM Monti and thus bring our focus to Spanish PM Mariano Rajoy. Since Spanish accepted international funding for its trouble banks back in June, rumors have been afoot that a full-blown sovereign bailout would be necessary for the Euro-zone’s fourth largest country (a view maintained here as well). But as Spanish borrowing costs fell through late-July and the entirety of August, this pressure to seek a bailout – and all of the terms and conditions that come with it – was very-much relieved; why bother to implement unpopular reforms (austerity, see: Greece) that could stir further social unrest if there’s no pressing need?

Herein lays the rub about the ECB program: while the safety net is in place, there is definitely a cost that comes with it. It seems that the Bundesbank, deemed ‘dead’ after Thursday, may have the last laugh as the framework by which Italy and Spain can receive support doesn’t look palpable to political leaders unwilling to sacrifice popularity for the sake of the necessary structural reforms that could ease the crisis over the long haul.

There’s barely anything on the economic docket today in the North American trading session, with the USD Consumer Credit (JUL) report coming out at 15:00 EDT / 19:00 GMT. Aside from this one release, our focus largely lies on commentary out of Europe now that the ECB has placed the proverbial ball back in the court of politicians. 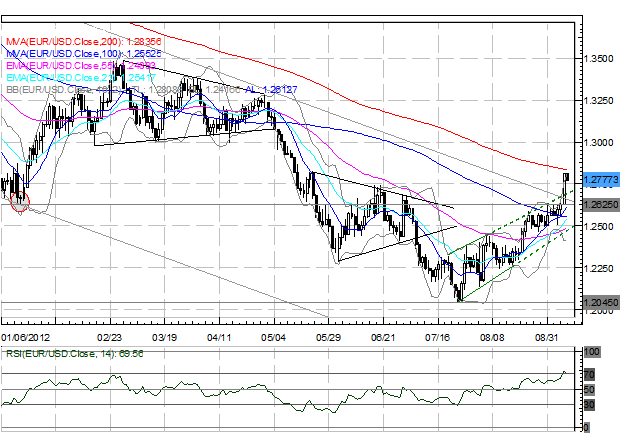 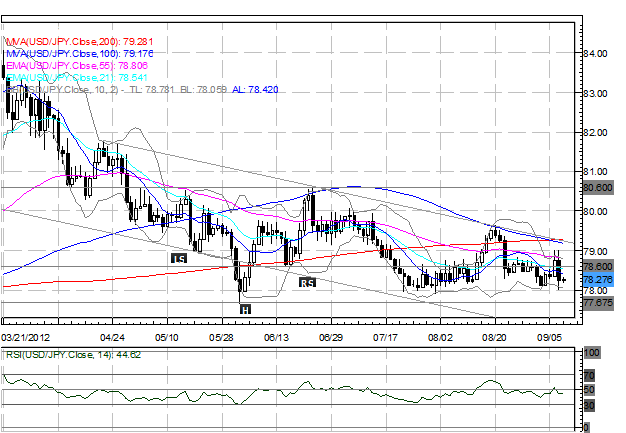 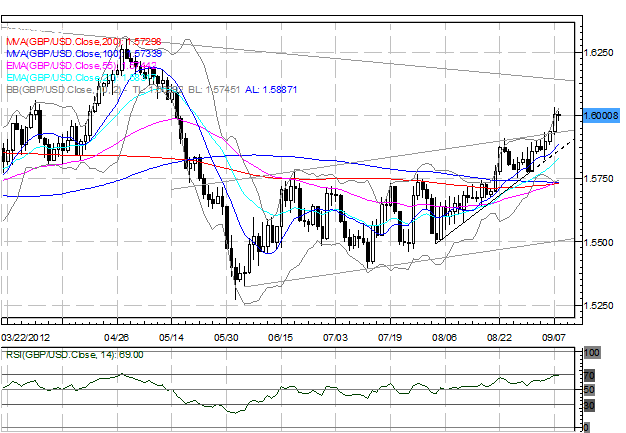 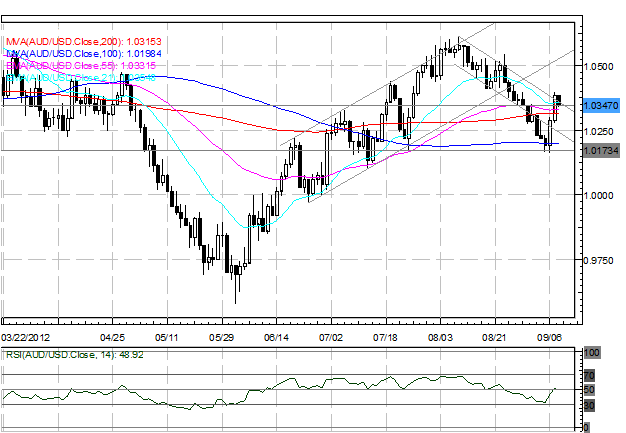