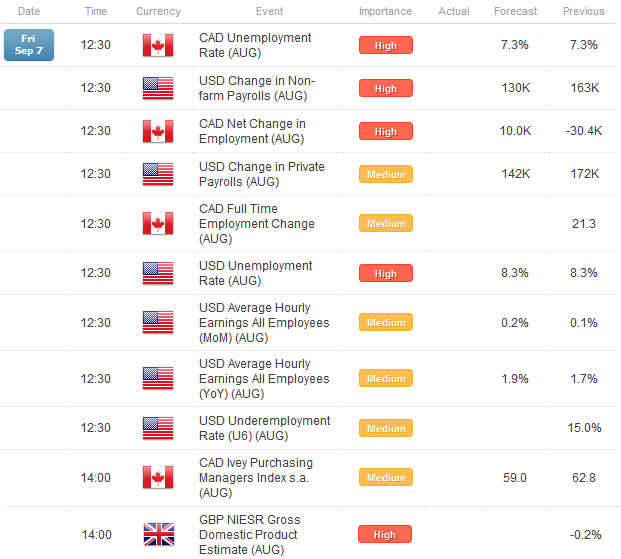 Aussie and Euro Get Big Boosts from Chinese, ECB Stimuli

Risk is firmly on today with positive signs across the board, from bonds to stocks, from currencies to…well, precious metals aren’t buying the developments over the past few days. While the Australian Dollar and the Euro are leading the charge higher against the traditional safe havens, the Japanese Yen, the Swiss Franc, and the US Dollar, Gold and Silver have sold off a bit through the Asian and European sessions.

This comes as a bit of a surprise, considering the promise of additional stimulus, which has usually come in the form of more liquidity from central banks, typically sends investors into precious metals as hedges against fiat dilution. We thus suspect that despite the time buying measures from the European Central Bank yesterday and the Chinese government today (in announcing a ¥1 trillion yuan infrastructure stimulus package) are being largely overlooked in favor of key labor market data out of the United States ahead of the US cash equity open this morning. The US Nonfarm Payrolls report isn’t just key for Gold and Silver; it is crucial for the Federal Reserve’s policy meeting next week.

How important is labor market data to the Federal Reserve? In his key address at the Jackson Hole Economic Policy Symposium, Federal Reserve Chairman Ben Bernanke argued that not only has quantitative easing helped the US economy, that withstanding a further improvement in the US employment situation, more easing could deployed. Hence, the importance of today’s Nonfarm Payrolls report for August. According to a Bloomberg News Survey, +130K jobs were added last month, while +163K jobs were added in July. Similarly, the Unemployment Rate is expected to remain on hold at 8.3%. The decline in jobs growth is discouraging, but the four-week average rose to +95.5K in August from +90.5K in July, suggesting that the recent slowdown may be over. If this is a weak figure, the US Dollar will be hit very hard.

There are several important data releases this morning, starting off with labor market data out of Canada and the United States at 08:30 EDT / 12:30 GMT. The CAD Net Change in Employment (AUG) is expected to show a rebound in jobs creation, but the CAD Unemployment Rate (AUG) will be on hold at 7.3%. Meanwhile, the USD Change in Nonfarm Payrolls (AUG) report should show a +142K print from +172K in July, which would leave the USD Unemployment Rate (AUG) unchanged at 8.3%. At 10:00 EDT / 14:00 GMT, the GBP NIESR Gross Domestic Product Estimate (AUG) will be released. 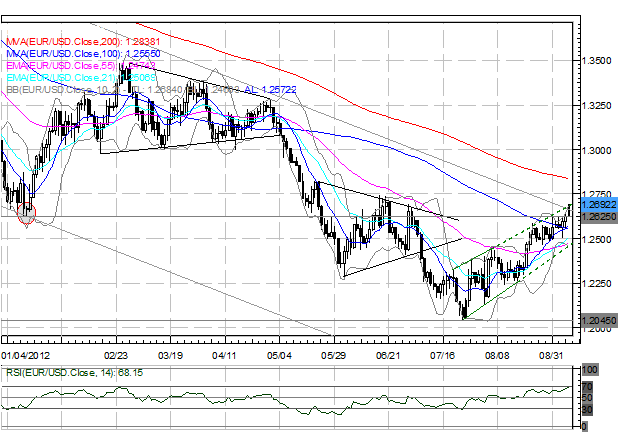 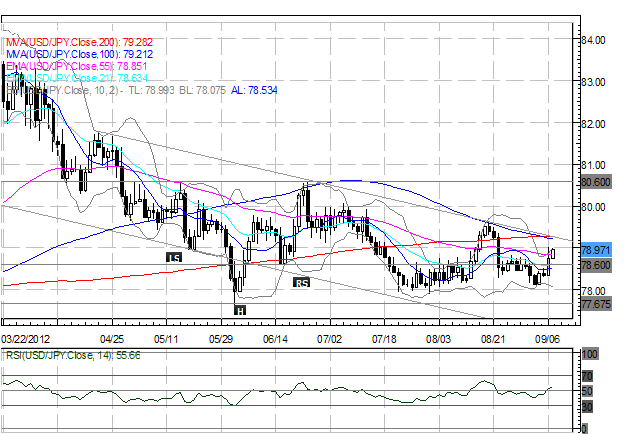 USDJPY: Strong jobs data and some relief in the Euro-zone crisis has helped spur the USDJPY higher, with price closing back above the key 78.60 level yesterday. Now, there is scope for gains into 79.20/30, confluence of the 100-DMA, 200-DMA, and the descending trendline of off the April 20 and June 25 highs. Accordingly, a break of this downtrend is contingent upon strong US labor market data today in the form of the US Nonfarm Payrolls report. A daily close below 78.60 suggests a move towards 78.10/20 at the minimum (a level of demand this week as well as through early-August). Penetration of the August low at 77.90 will likely result in a washout to new lows with the potential for 77.65/70 and 77.30. 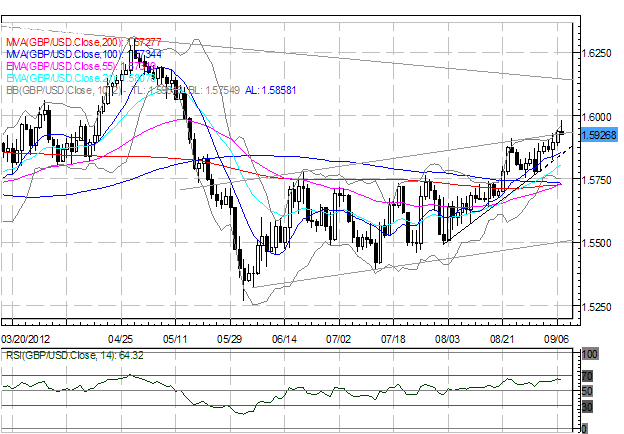 GBPUSD: The GBPUSD finally cracked through topside channel resistance at 1.5900/05 yesterday, but thus far has struggled to produce meaningful gains higher. With an Inverted Hammer forming on the daily chart, there is evidence to believe that a false breakout may have formed. If price fails to eclipse 1.5910 on the close today, there is scope for a pullback towards 1.5770/90. However, a weekly close above said level gives reason to believe that a run up to 1.6120/40 is possible during September. 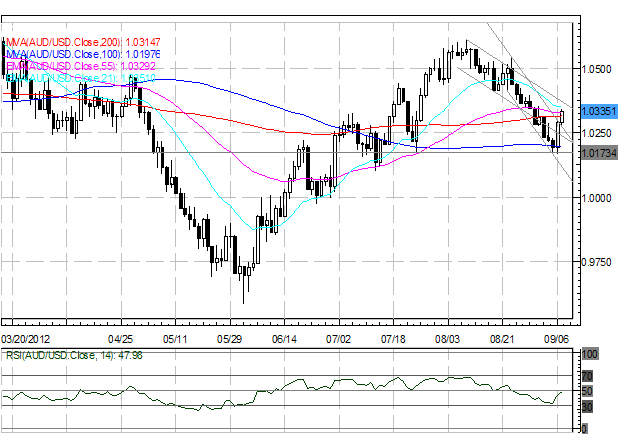