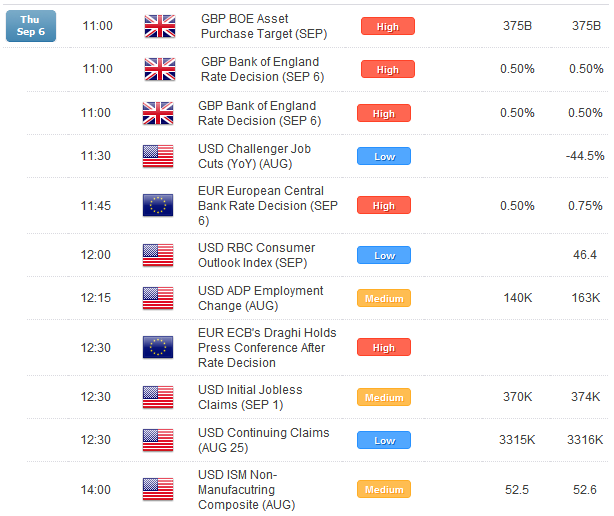 Today is the day we’ve been waiting on for since late-July. Back then, European Central Bank President Mario Draghi promised to do “whatever it takes” to save the Euro, and today’s meeting is expected to reveal the technical details of the plan that should buy more time for the struggling Italian and Spanish economies. As per a report by Bloomberg News yesterday, the ECB will be unlimited quantities of securities whose maturities are three-years or less, but sterilize (or offset) the bond purchases with sales elsewhere. Will this be effective?

We think not. An unlimited sterilized bond-buying program is nothing more a version of the Federal Reserve’s Operation Twist, and as Goldman Sachs called it yesterday, “SMP 2.0.” “SMP 1.0” was the securities market program that was in effect in late-2011 and early-2012, which soaked up peripheral debt in the secondary markets. However, just like the longer-term refinancing operations (LTROs 1 and 2), the first iteration of the SMP proved to be ineffective: if they were effective, we wouldn’t be discussing the fourth major program to be announced over the past year. 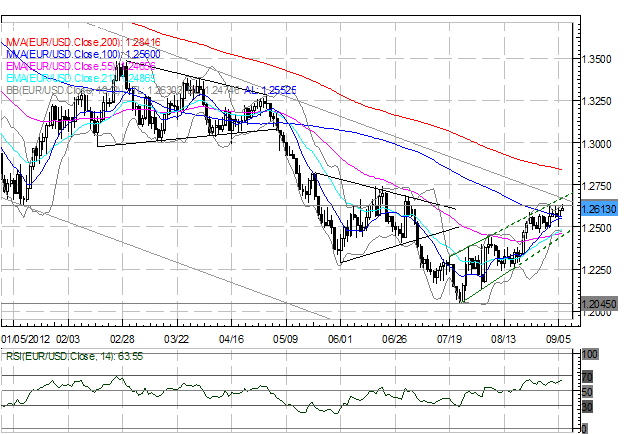 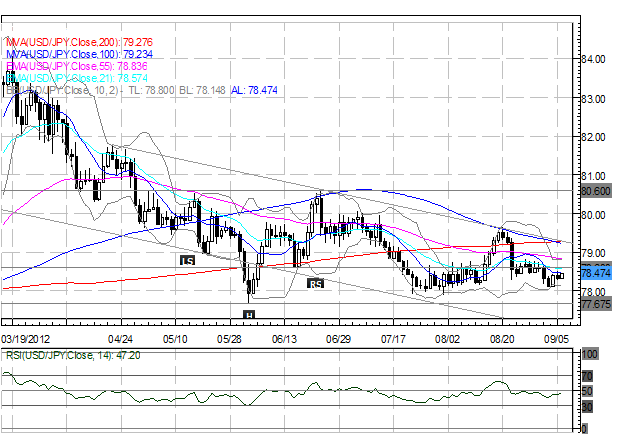 USDJPY: As noted earlier this week, “The USDJPY closed below the key 78.60 level yesterday for the second consecutive day, exposing former swing lows near 78.10/20, as expected. This level coincides with former June swing lows and a level of resistance for most of July (note the daily wicks above said level but no closes). For now, this is the most important level: potential exists for a rally back into 79.10/20 as long as 78.60 holds, whereas a daily close below suggests a move towards 78.10/20 at the minimum. Penetration of the August low at 77.90 will likely result in a washout to new lows with the potential for 77.65/70 and 77.30.” 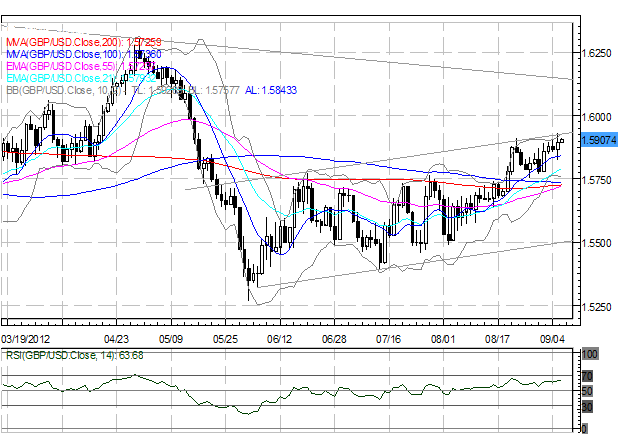 GBPUSD: With little changed, “The GBPUSD continues to push higher towards topside channel resistance, as expected. We do believe, however, that this is the “final push higher before the next leg lower.” Key levels for the near-term are 1.5880/1.5900 to the upside and 1.5770/90 to the downside; we are continuing to become overextended on shorter-term charts, suggesting that another failure at 1.5900 could lead to profit taking before further bullish price action. A daily close below 1.5770/90 over the coming days should lead to a drop into 1.5700/20. Beyond that, support comes in at 1.5635/40 (last week’s low), and 1.5625 (ascending trendline support off of August 6 and August 10 lows). A daily close above 1.5900 points towards 1.5985.” 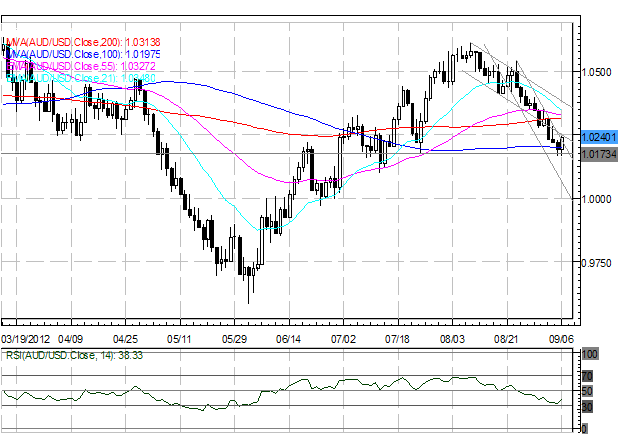