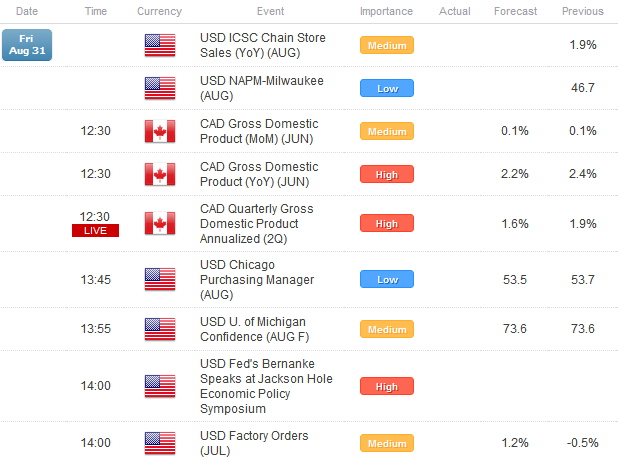 US Dollar Barely Off of August Lows Ahead of Jackson Hole

The US Dollar has pared yesterday’s gains thus far on Friday, with the Dow Jones FXCM Dollar Index (Ticker: USDOLLAR) falling by less than one half of one percent to come within 0.55% of its low set on August 23. This is quite a coincidence, with the US Dollar falling today towards the August 23 low ahead of the Jackson Hole Economic Policy Symposium, as that date was when the Federal Reserve July 31 to August 1 meeting Minutes were released, which cued investors to look towards today’s events for a closer look at monetary policy in the world’s largest economy.

It’s been our longstanding belief that another round of quantitative easing, or QE3, would not be announced before the US Presidential Elections in November. Given the political backdrop in the US that has seen frustration with the Federal Reserve’s policies grow, we believe that this influence should be enough to keep monetary officials on the sidelines for at least the next few months. The Fed Minutes released last week suggested that “New QE” could be on the way, which in our opinion could translate to some form of assistance to consumers and home owners as a way to not only aid the recovery in the US (any measures that increase disposable income among consumers will help an economy whose nearly 75% of the headline growth figure is rooted in consumption).

If QE3 is announced, we should expect the US Dollar to take a severe beating, especially against the Euro and the Japanese Yen, over the next several weeks and months (withstanding a tail-risk event out of Europe). However, if any form of New QE is announced which doesn’t suppress the yield curve, the US Dollar could appreciate quickly over the coming weeks. In any scenario – a major announcement, a minor announcement, or no announcement at all – investors will be focused squarely on the September 13 Federal Open Market Committee meeting once Federal Reserve Chairman Bernanke steps away from the podium today.

While there’s much by way of significant data on the calendar for today, the docket is still flush with potentially market moving events. At 08:30 EDT / 12:30 GMT, the CAD Gross Domestic Product report for June and the second quarter are due, both of which are forecasted to show modest gains and a slight slowdown in the trajectory of output. At 09:55 EDT / 13:55 GMT, the final USD U. of Michigan Consumer Confidence report for August is due, with no change expected at 73.6. At 10:00 EDT / 14:00 GMT, USD Factory Orders for July will be released, with the consensus forecast calling for gains of +1.2% after a -0.5% contraction in June.

But the big event is at 10:00 EDT / 14:00 GMT, when Federal Reserve Chairman Bernanke takes the podium to discuss monetary policy at the Jackson Hole Economic Policy Symposium. This is a lengthy discussion, so please view my full thoughts in the article “Musings on Jackson Hole and What the Fed Could Do to Save QE3”. 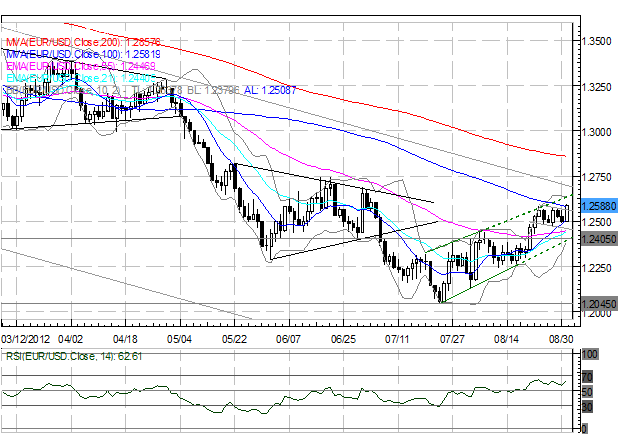 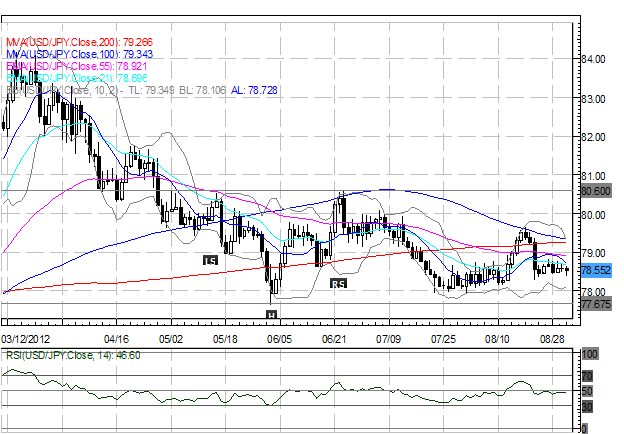 USDJPY: The USDJPY closed above the key 78.60 level yesterday, though price has oscillated around both sides and has started to move lower intraday. This level coincides with former June swing lows and a level of resistance for most of July (note the daily wicks above said level but no closes). For now, this is the most important level: potential exists for a rally back into 79.10/20 as long as 78.60 holds, whereas a daily close below suggests a move towards 78.10/20 at the minimum. Penetration of the August low at 77.90 will likely result in a washout to new lows with the potential for 77.65/70 and 77.30. 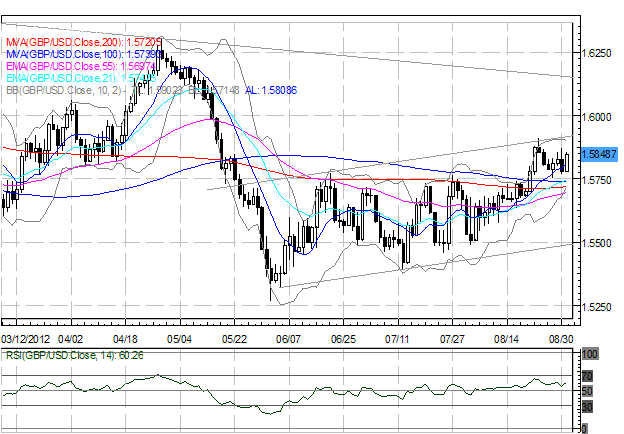 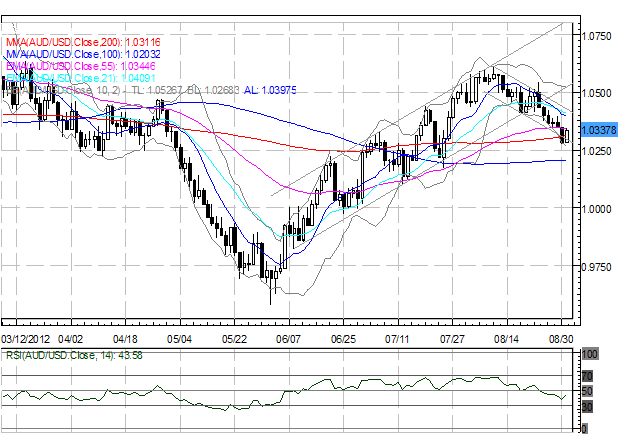