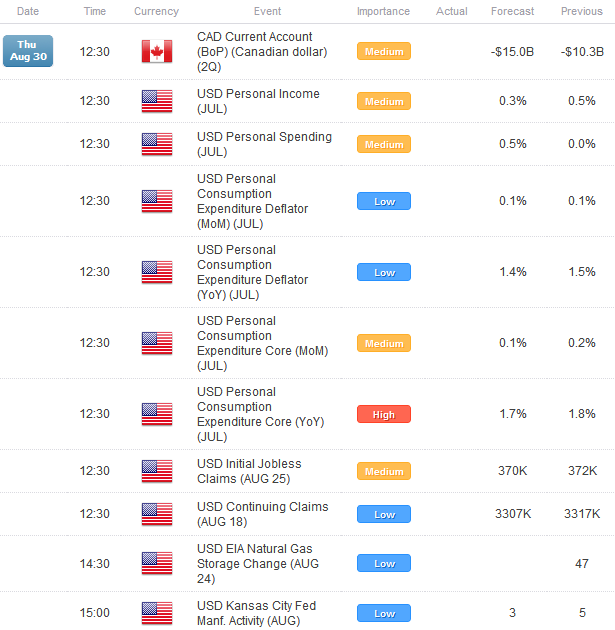 The majors have been seemingly stuck in the mud the past few days, and the trend hasn’t changed thus far on Thursday. At the time this report was written, all of the majors were trading within a +/-0.23% range against the US Dollar, and trading volumes across global equity markets remain significantly lower than their four-week moving averages: almost halfway through the session, shares traded on the German DAX has barely traded to one-fifth of its four-week average, at 39.840 million shares (versus 178.344, or only 22.3%). Accordingly, given the fact that this is not a technically strong market in any regard (low rates of market participation in up and down moves), we’re not taking too much stock in what we’ve seen thus far today.

Data out of the Euro-zone wasn’t positive today, with the German labor market showing further cracks while broad measures of Euro-zone confidence declining. Although the German Unemployment Rate held at 6.8% in August, the labor market lost 9K jobs; Europe’s largest economy has now lost 45K jobs since April, wiping out all but 5K added since December 2011. The three-month average for the German Unemployment Change has been positive for five consecutive months for the first time since April 2009 through August 2009. We believe that labor market readings out of Europe have been and will continue to be one of the prescient indicators for the crisis and should be monitored closely.

Also out of Germany this morning has been some interest commentary from an advisor to German Chancellor Angela Merkel, who said that (paraphrasing) any bond-buying program set forth by the European Central Bank that is not unlimited in nature would have a marginal impact at best. The spokesperson also noted that it remains in Germany’s best interest to keep the Euro together, as a Euro-zone breakup scenario would result in an approximate -10% decline in German output.

The docket is moderate for today, with a few important data due out this morning at 08:30 EDT / 12:30 GMT ahead of the US cash equity open. The CAD Current Account (Balance of Payments) (2Q) will be released and is expected to show a wider deficit at –C$15.0B from –C$10.3B in the first quarter. USD Personal Income and Spending (JUL) are also due, and both are expected to show modest month-over-month increases with the former forecasted to have increased by +0.3% from +0.5% and the latter up by +0.5% from 0.0%. Also due are USD Initial Jobless Claims (AUG 25), forecasted to print 370K from 372K. But the most important data due is the USD Personal Expenditure Core (JUL) – a measure the Federal Reserve uses to gauge inflation – and is expected to show a slowdown to +1.7% from +1.8% year-over-year. 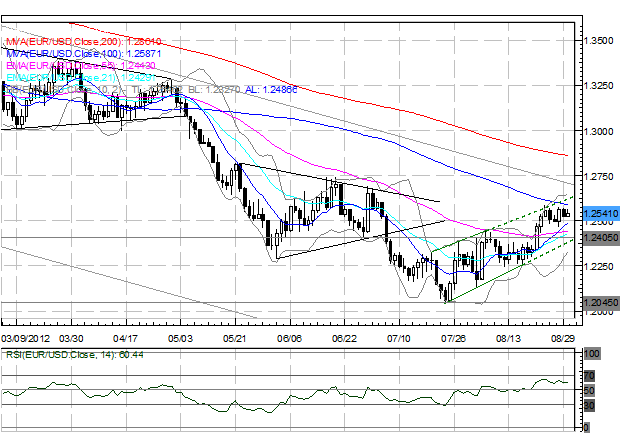 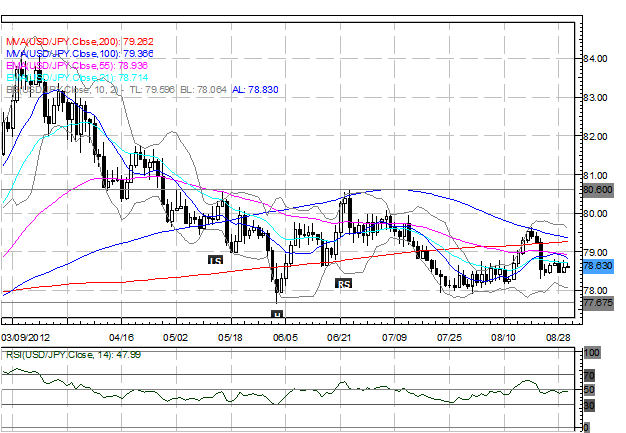 USDJPY: The USDJPY has inched higher today on the back of some better than expected US economic data, and a close above the key 78.60 level looks likely. This level coincides with former June swing lows and a level of resistance for most of July (note the daily wicks above said level but no closes). For now, this is the most important level: potential exists for a rally back into 79.10/20 as long as 78.60 holds, whereas a daily close below suggests a move towards 78.10/20 at the minimum. Penetration of the August low at 77.90 will likely result in a washout to new lows with the potential for 77.65/70 and 77.30. 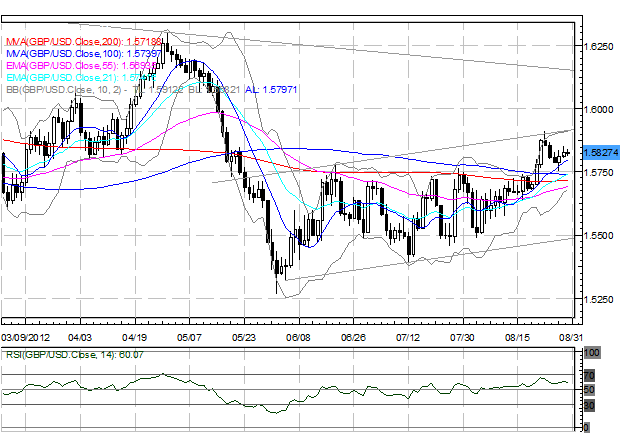 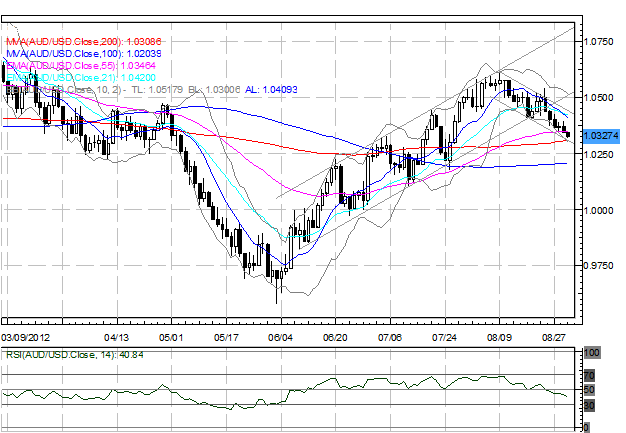