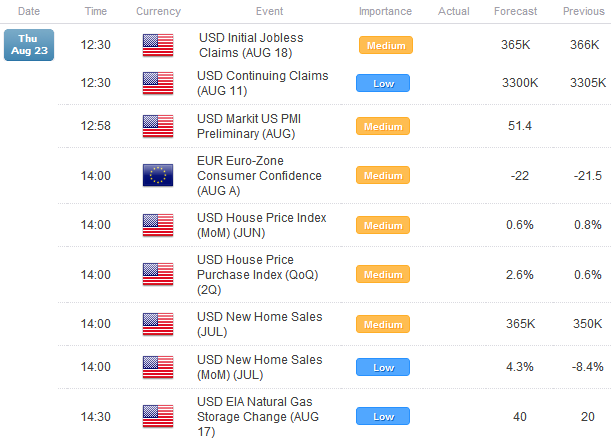 Market participation rates picked up slightly yesterday, but this was expected around such an important news event. The Federal Reserve’s Minutes from its July 31 to August 1 meeting were expected to be market moving, but not in the way they presented themselves: whereas the US Dollar fell, we were expecting a more bullish reaction from the world’s reserve currency.

Mainly, the reason why the US Dollar fell back was that the Federal Reserve came across as more dovish than most – including myself – were expecting. Some strong language within the Minutes prompted the moves: “the Committee decided that the statement should conclude by indicating that it will provide additional accommodation as needed to promote a stronger economic recovery and sustained improvement in labor market conditions in a context of price stability.”

Now, these Minutes must be taken in context: as noted in the Top 5 Key Events piece, “Thin Docket Makes Federal Reserve Minutes Increasingly Important,” the better labor market data that we’ve seen in the intermeeting period (since August 1) is obviously not reflected in these Minutes; and we thus expect the September Federal Open Market Committee decision, should the August Nonfarm Payrolls report (released on September 7) maintain recent gains, to be more balanced, reflecting a lower likelihood of more quantitative easing. If there is no easing in September, it will certainly be absent in October, just before the crucial November Presidential Election.

The docket is lighter today than yesterday, though there still remains some significant event risk on the docket. At 08:30 EDT / 12:30 GMT, the USD Initial Jobless Claims report for the week ended August 18 is due, which is forecasted to show that claims held near their four-week average. At 10:00 EDT / 14:00 GMT, the USD New Home Sales report for July will be released, and it appears that the housing market may have made some modest gains in the prior month. It is worth noting that housing releases, over the past few months, have missed to the downside more often than ‘beats’ have come across. Also released at the same time, the initial EUR Euro-zone Consumer Confidence reading for August will show that sentiment continued to drop. 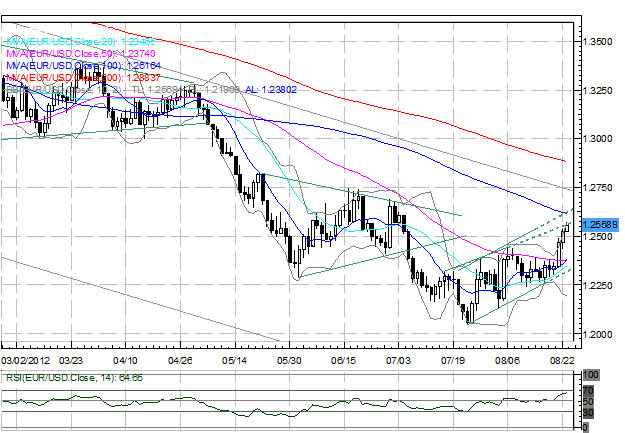 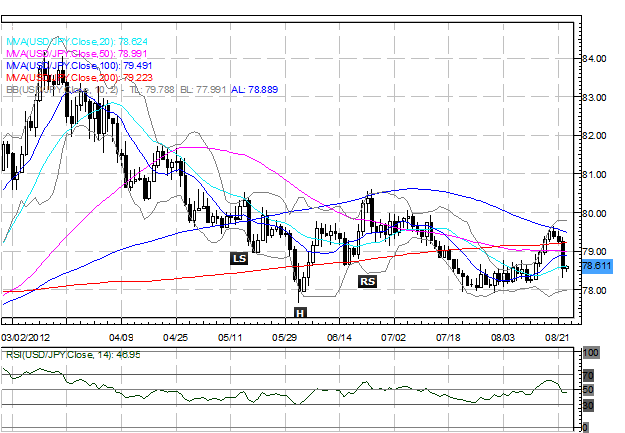 USDJPY: The USDJPY continues to come off the recent highs, as expected, given the short-term technical congestion that materialized. The pair has trended to fresh weekly lows on the Federal Reserve’s Minutes, and now a base needs to be formed before more gains come. The key level today is 78.60, former June swing lows and a level of resistance during most of July. A drop below 78.60 today puts 78.10/20 (former lows) in focus. 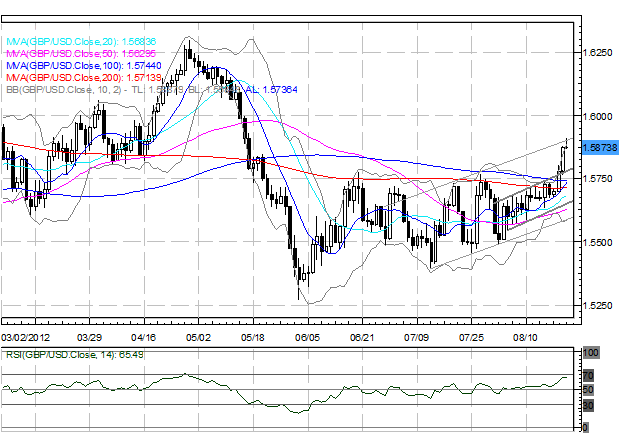 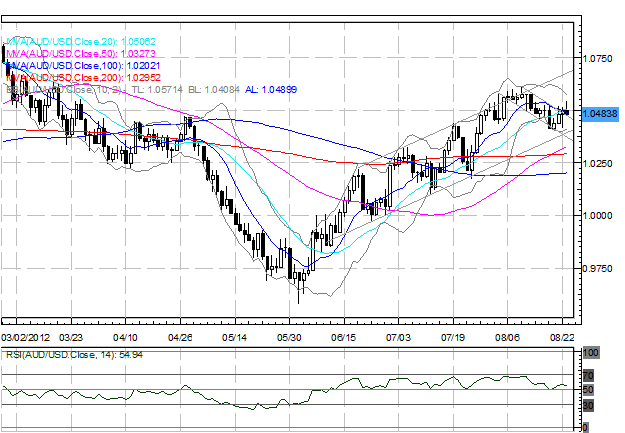