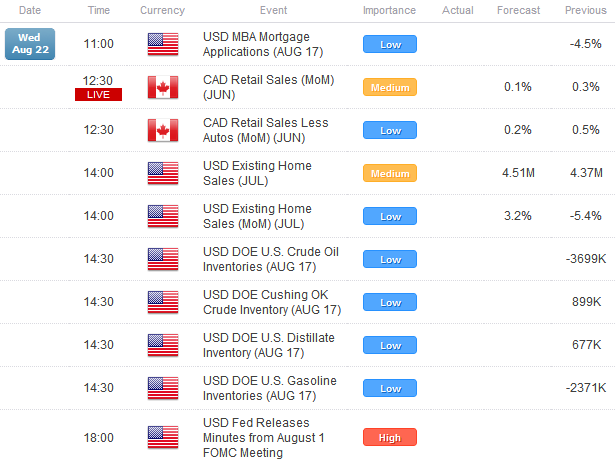 Trading conditions are quiet again as volume levels across global equities remains quite low, suggesting a severe lack of participation in markets today. The environment is not entirely unexpected, however, considering that August, historically, is one of the slower moving months as many traders step away from their desks.

Also typical of trading is that after a big move in one direction, prices usually stop or consolidate, “nothing moves in a straight line.” So after yesterday’s biggest US Dollar sell-off in two-weeks, largely predicated around immense British Pound and Euro strength, it comes as little surprise that the US Dollar had rebounded slightly today. An Inside Day is being formed on the daily Dow Jones FXCM Dollar Index (Ticker: USDOLLAR) chart, suggesting that any downside pressure is relieved momentarily. This fits neatly in with our perspective for the Federal Open Market Committee August meeting Minutes that will be released today, the single most important event on the docket this week. Mainly, the US Dollar’s gain has been revolving around weakness in the commodity currency complex, with the European currencies mostly flat on the day.

The docket is substantially more saturated today, in what is perhaps the most important day of the week. At 08:30 EDT / 12:30 GMT, the CAD Retail Sales report for June will be released, which is expected to show a modest improvement in spending. At 10:00 EDT / 14:00 GMT, the USD Existing Home Sales report for July will be released, and any gains aren’t forecasted to outpace the slower pace experienced in June. The most important event of the week comes at 14:00 EDT / 18:00 GMT, when the USD Federal Reserve August Meeting Minutes are released.

As the drum beat for more quantitative easing has gone forth from financial institutions and the main stream media, the Federal Reserve remains ardent in its fight to remain on the sidelines as long as possible. The Federal Reserve’s faith in the economy may be paying off, with Initial Jobless Claims holding lower and Nonfarm Payrolls having started to trend higher once more. But these news won’t be reflected in these minutes; instead there will just be the hope that these employment indicators would pick up.

Accordingly, what’s likely to be perceived is a mostly neutral Federal Reserve, hopeful for a better economy but willing to act if necessary, thus differing any attention to further accommodative policies further down the line in September (we think that the Jackson Hole Economic Policy Symposium will by and large be a bust, for those expecting an announcement). The US Dollar should be bolstered in the wake. The key pairs to watch are EURUSD and USDJPY. 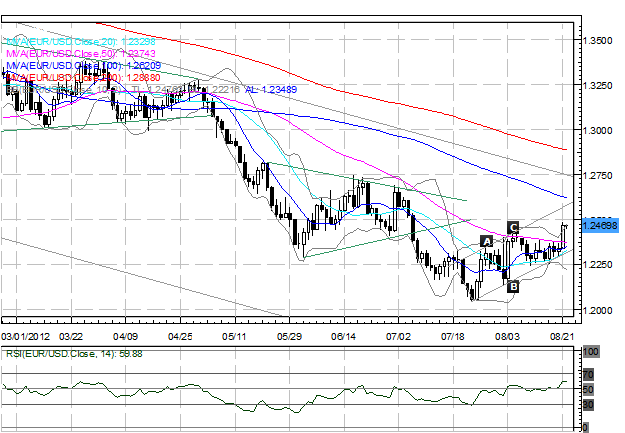 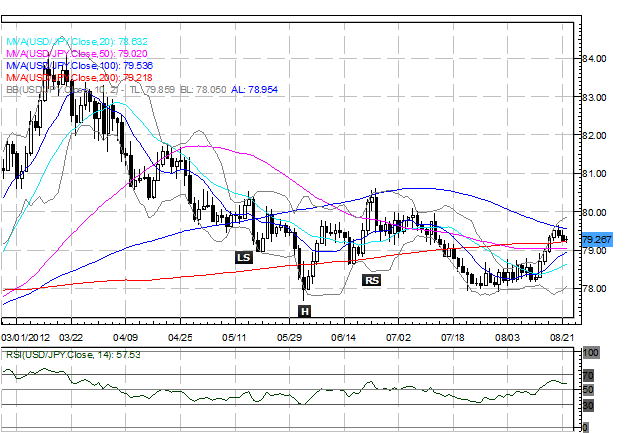 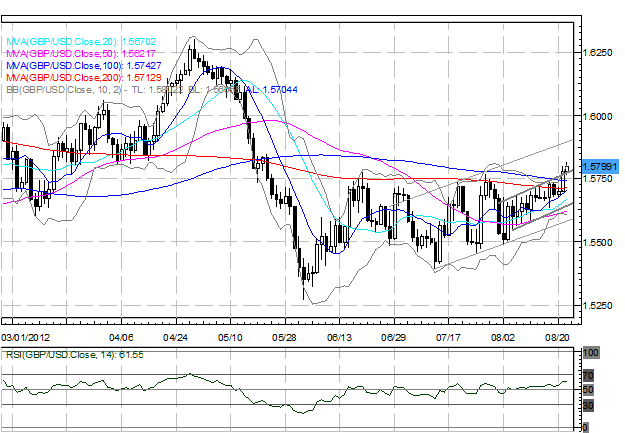 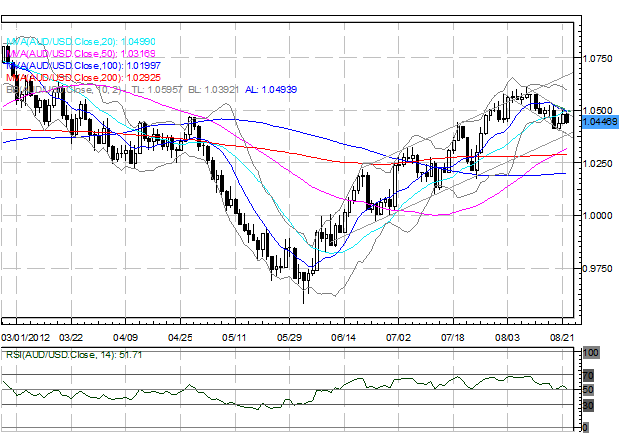