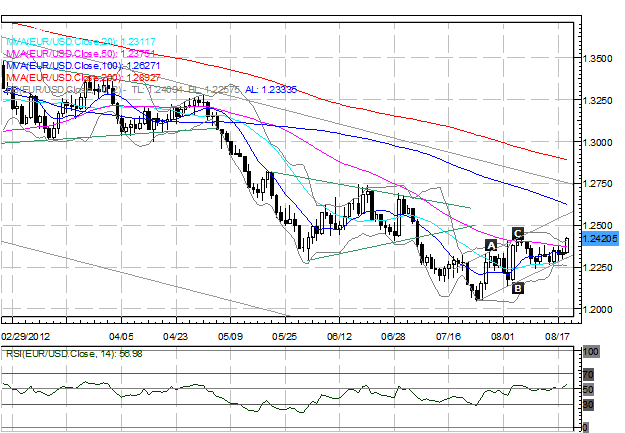 The commodity currencies, already bolstered by supportive words from the Reserve Bank of Australia, have been bolstered further by hopeful commentary out of Europe, which has lifted risk-appetite across the board. Despite a sharp retort from the European Central bank itself yesterday, rumors continue to swirl that a bond-buying program to cap sovereign bond yields will be announced nonetheless. Accordingly, the Euro has surged back to its highest level in two-weeks against the US Dollar while the Australian and New Zealand Dollar threaten to break short-term bearish patterns, lining up the Federal Open Market Committee August Meeting Minutes as a potential make or break event for the risk landscape this week.

There are no data due on Monday in the North American trading session. As such, we suspect that headlines and news will have a great influence on price action should they materialize, though given recent trading volumes, the implication is for a quiet day once the European session ends. 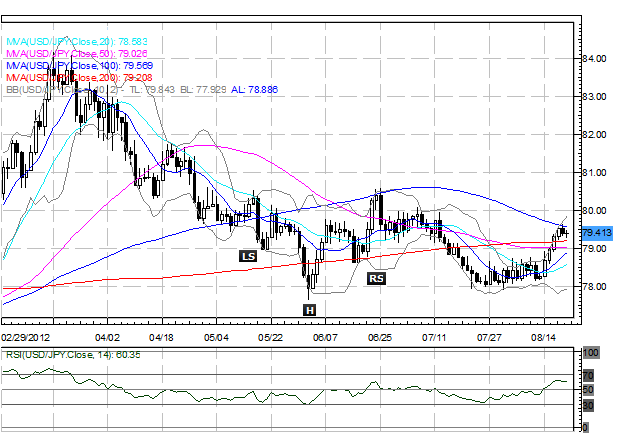 USDJPY: A string of better than expected US data has shifted the fundamental bias of this pair, and indeed, the Rounded Bottom on the hourly charts has materialized a bullish outcome, as expected. This could be the first step towards the USDJPY Inverse Head & Shoulder formation playing out. With the Head at 77.60/70 and the Neckline at 80.60/70, this suggests a measured move towards 83.60/70 once initiated. The daily close above 79.15/20 (200-DMA) yesterday, in our opinion, brings near-term resistance in focus at 79.60/65 (100-DMA), which is also where the pair topped out today. We suspect that the pair may still be overbought on shorter-term time frames and a pullback may be warranted before further bullish movements. Interim support comes in at 79.15/20, 78.60 (former swing lows) and 78.10/20 (lows from last week). 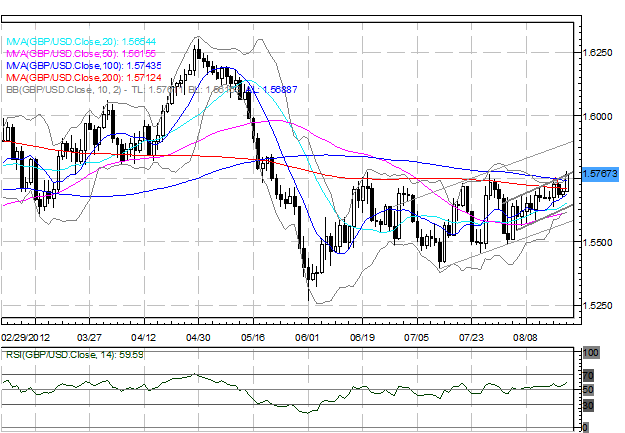 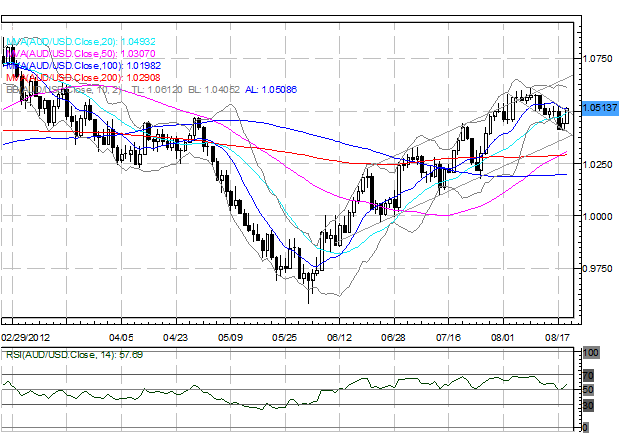