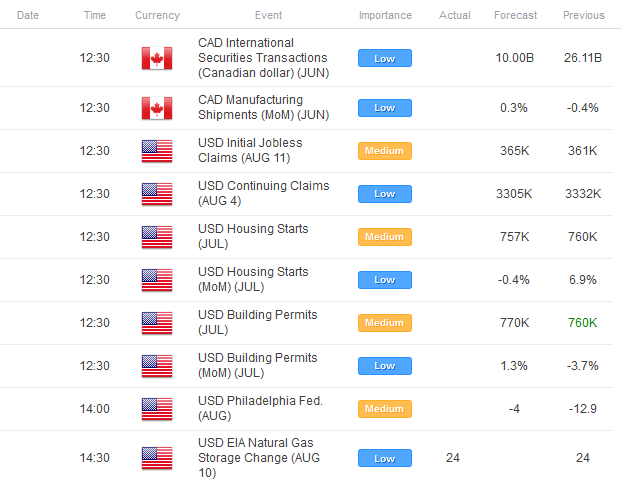 Another quiet session on Thursday as volumes remain depressed across the globe amid the summer holidays. However, we believe that market participation rates should begin rising again in the coming days now that German Chancellor Angela Merkel has returned from vacation. Accordingly, the European sovereign debt circuit heats up next week when French and German leaders will convene with Greek Prime Minister Antonis Samaras to discuss the failed Greek state, and what needs to be implemented in order to move closer towards a third bailout for the embattled Southern European sovereign.

Meanwhile, whatever knock-on effect the crisis is having on the British Pound may be returning, with the EURGBP falling to its lowest level in over two-weeks. In part, this comes after the British economy had its best Retail Sales report in four-years in July, suggesting that consumption is on the rise. Alongside comments made last week by Bank of England Mervyn King that further accommodative measures via rate cuts might prove ineffective, there is something to be said about a bullish Sterling outlook, at least in the near-term. Nevertheless, and as detailed below, our bias for the GBPUSD remains neutral as the five-day ATR has hit its lowest level (72.0-pips) since May 4. All things considered, the GBPUSD dropped nearly 1000-pips in the ensuing four-weeks (from 1.6174 to 1.5268 on June 1).

There are a few events on the calendar that pique our interest and they are all from the US. At 08:30 EDT / 12:30 GMT, the USD Initial Claims for the week of August 11 will be released, and the report should show a small uptick, which could pressure the US Dollar. Also due are USD Building Permits and USD Housing Starts, with the former showing modest growth and the former showing a slight contraction. At 10:00 EDT / 14:00 GMT, the USD Philadelphia Fed Index for August is due, which is expected to rebound back to its highest reading since May. 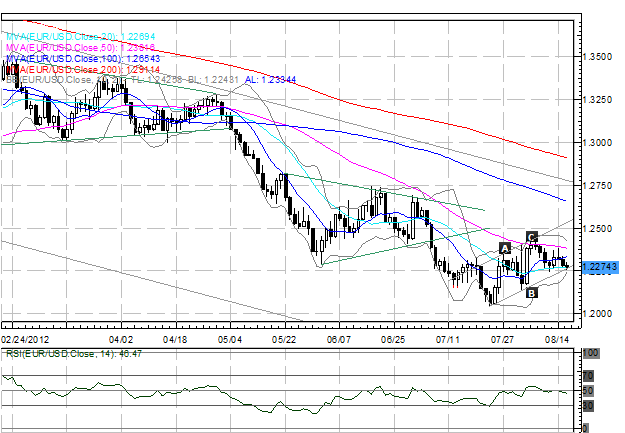 USDJPY: A string of better than expected US data has shifted the fundamental bias of this pair, and indeed, the Rounded Bottom on the hourly charts has materialized a bullish outcome, as expected. This could be the first step towards the USDJPY Inverse Head & Shoulder formation playing out. With the Head at 77.60/70 and the Neckline at 80.60/70, this suggests a measured move towards 83.60/70 once initiated. The daily close above 78.60 yesterday, in our opinion, brings near-term resistance in focus at 79.15/20 (200-DMA). With the pair trading above this level today, a daily close above brings into focus 79.65/70 (100-DMA). Interim support comes in at 78.60 (former swing lows) and 78.10/20 (lows from the past week). 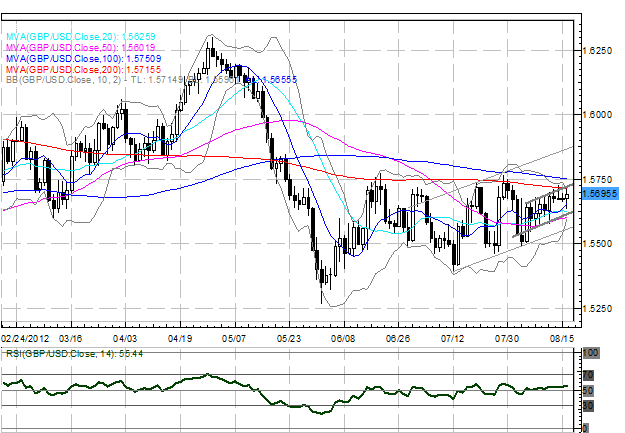 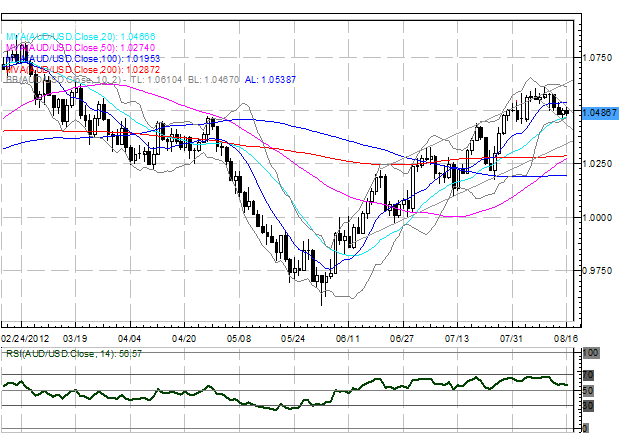