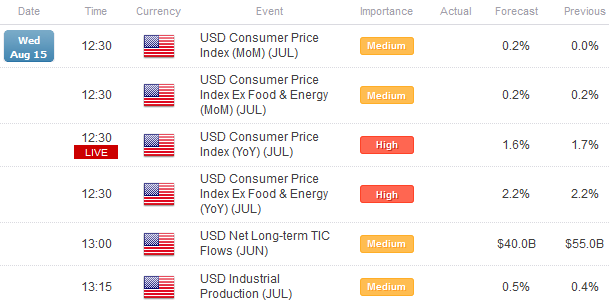 US Dollar Increasingly Bullish as Euro Slips Despite Improving Yields

News has been quiet in the Asian and European sessions thus far, but that appears to be a poor development for the risk landscape as investors are seemingly losing patience with central banks amid high expectations for new easing measures. As initially suggested in this report on Friday, “with global growth concerns mounting again, and no new accommodative measures definitively on the horizon…the Dow Jones FXCM Dollar Index (Ticker: USDOLLAR) appears to be carving out a bottom…and given the positive fundamental developments last week (the Federal Reserve holding back on more stimulus and July’s Nonfarm Payrolls report showing the labor market is adding jobs faster than anticipated), we believe the US Dollar is both fundamental and technically constructive in the short-term.”

Such appears to be the case materializing today, and one needs to look no further than what’s been happening with the EURUSD and Italian and Spanish bond yields. Over the past several weeks and months, the EURUSD has held highly significant inverse correlations with 2-year Italian and Spanish notes (anywhere from -0.78 to -0.89 correlations on a five-day rolling basis). That is to say that as yields have increased, the EURUSD has fallen. The implication is that a relief in the sovereign debt crisis (lower yields) should provide relief to the EURUSD (higher exchange rate). Yet that is not transpiring today, and we believe this is a direct result of the US Dollar’s shifting fundamental bias.

Another very busy morning in the North American session as there are eighteen individual data points that will be released. However, in light of the fact that twelve are considered of “Low” importance, as per the DailyFX Economic Calendar, our focus largely lays on those due within the hour before the US cash equity open. At 08:30 EDT / 12:30 GMT, the USD Consumer Price Index for July will be released, though a mixed reading is expected (see detailed explanation here). At 09:00 EDT / 13:00 GMT, the USD Net Long-term TIC Flows for June will be reported, which is important because it summarizes the flow of stocks, bonds, and money market funds to and from the US. At 09:15 EDT / 13:15 GMT, the USD Industrial Production report for June will be released, which is forecasted to show further expansion, eclipsing the prior month’s rate of gains. 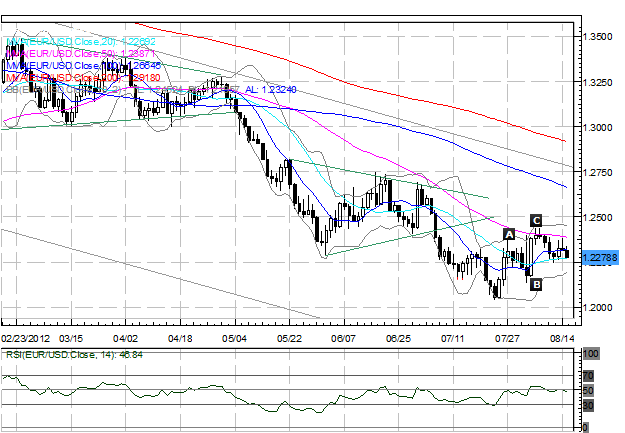 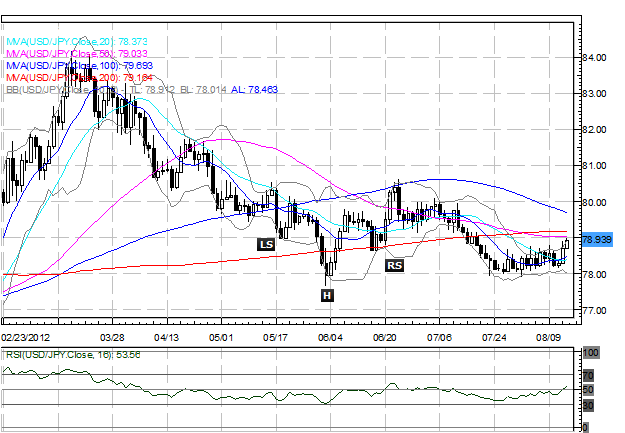 USDJPY: A string of better than expected US data has shifted the fundamental bias of this pair, and indeed, the Rounded Bottom on the hourly charts has materialized a bullish outcome, as expected. This could be the first step towards the USDJPY Inverse Head & Shoulder formation playing out. With the Head at 77.60/70 and the Neckline at 80.60/70, this suggests a measured move towards 83.60/70 once initiated. The daily close above 78.60 yesterday, in our opinion, brings near-term resistance in focus at 79.15/20 (200-DMA). Interim support comes in at 78.60 (former swing lows) and 78.10/20 (lows from the past week). 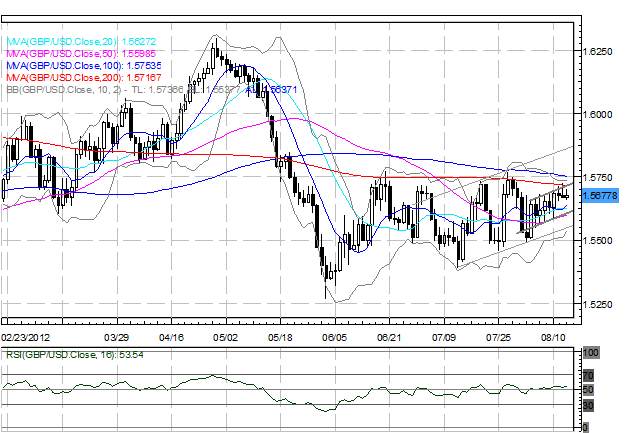 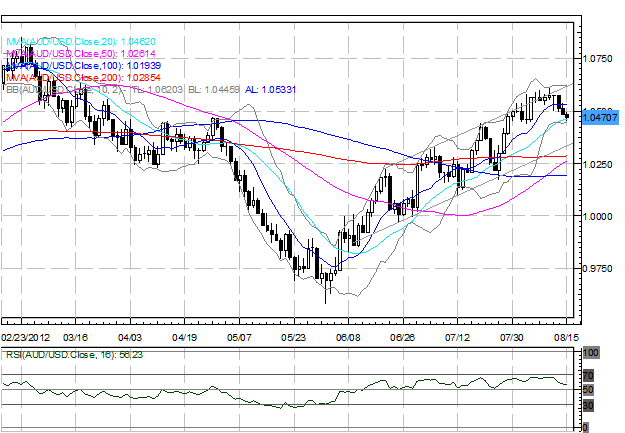