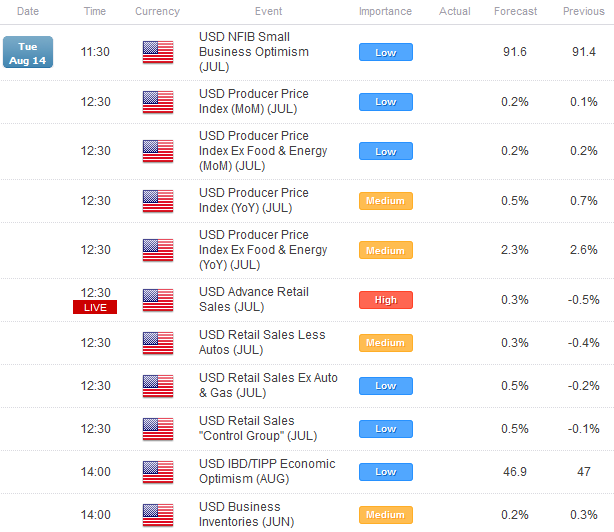 Majors Muddle Sideways Against US Dollar Amid Thinner Volumes

Trading was light in the overnight as volumes declined across Europe, suggesting that many market participants remain on the sidelines during the summer doldrums. Indeed, such soft trading conditions have led to volatility dropping to historic lows, which although has typically meant a relief in financial stresses on the horizon and thus a risk-friendly environment, little upside progress has been made by risk-sensitive currencies such as the Australian and New Zealand Dollars or by the Euro over the past several days.

Taking a look at the docket today has been and continues to be saturated as markets turnover into the North American trading session. At 08:30 EDT / 12:30 GMT, the USD Advance Retail Sales report for July will be released. The US economy has seen data pick back up in recent weeks, and the July Advance Retail Sales report should follow this trend. Forecasts show that the consensus expectation is for modest growth of +0.3% growth last month, after sales dropped by -0.5% in June. Overall, sales have increased by +0.79% thus far in 20120, and if the actual meets expectations, sales will have risen by +1.10% this year. Considering the pent up expectations from more stimulus from the Federal Reserve, it is likely that a disappointing print spurs some risk-appetite, with the US Dollar selling off thereafter. If the print beats, expect the US Dollar to steady or enhance its gains. The key pair to watch is USDJPY. 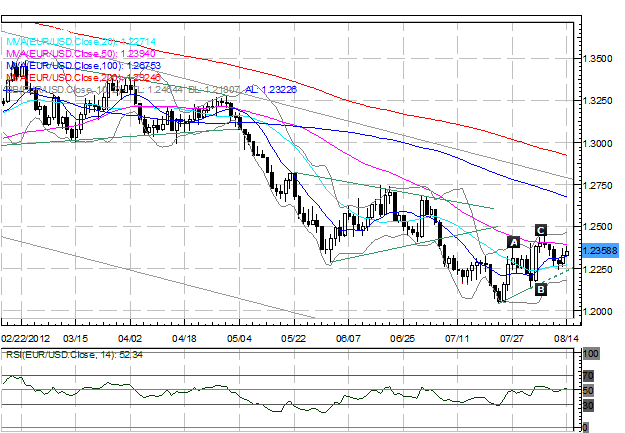 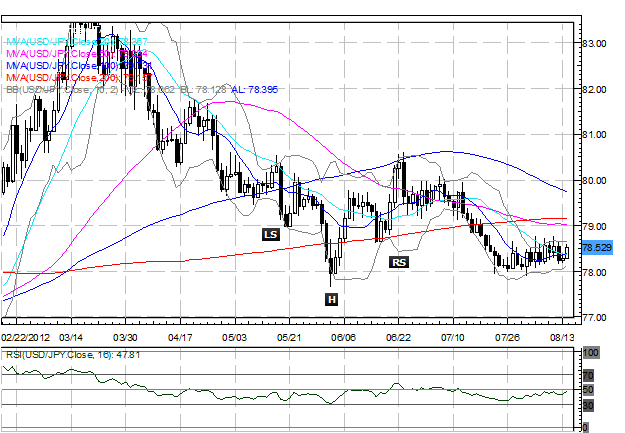 USDJPY: A pattern long in the making, the USDJPY Inverse Head & Shoulder formation that has been in wait-and-see mode remains valid so long as the Head at 77.60/70 holds. Indeed, it has, and after the Fed meeting and the July Nonfarm Payrolls two-weeks ago and the disappointing second quarter Japanese GDP this week, the USDJPY is constructive in the neat-term, fundamentally. Accordingly, with the Head at 77.60/70, this suggests a measured move towards 83.60/70 once initiated. Near-term resistance comes in at 79.15/20 (200-DMA). Price action to remain range bound as long as advances are capped by 80.60/70. On the hourly charts, it appears a Rounded Bottom is forming (yesterday was the highest exchange rate since July 20), and we are thus biased higher for now. 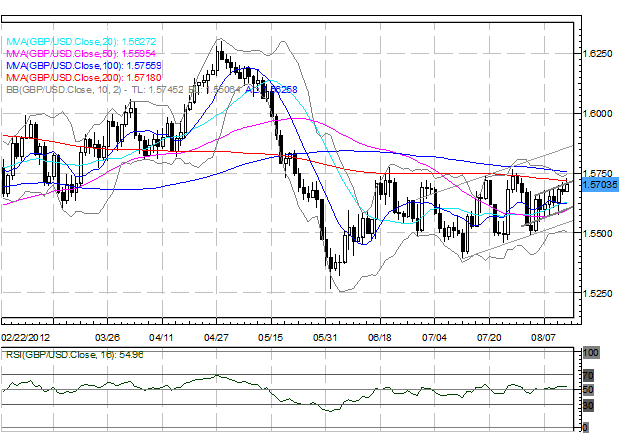 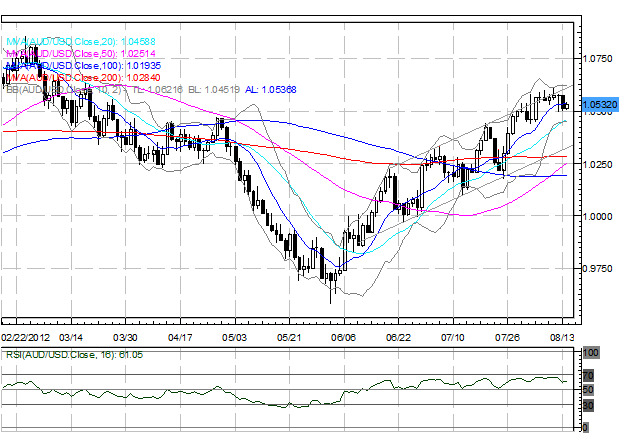