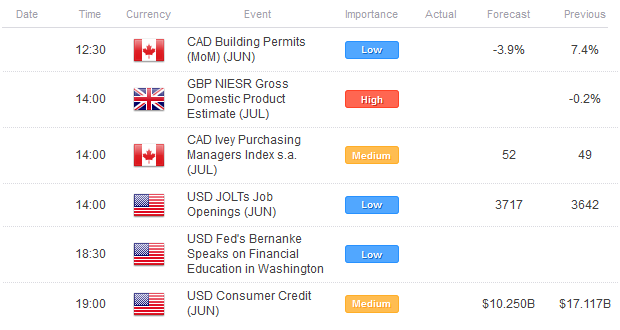 Majors Consolidate Further Against US Dollar as AUD, EUR Stall at Resistance

The Dow Jones FXCM Dollar Index (Ticker: USDOLLAR) has fallen back to its lowest level since mid-May as the Euro-zone’s issues have seemingly faded away over the past few days. Nonetheless, with short-term Italian and Spanish yields back on the rise, the majors have consolidated against the US Dollar. The British Pound has led the gainers on the back of stronger than expected Industrial Production and Manufacturing Production data from June (although both reports showed steep declines nonetheless), while the commodity currencies have been buoyed by a neutral Reserve Bank of Australia policy statement (if Australia finds its growth forecast remains on target, demand for commodities will remain as is, which in turn offers implicit support for the Canadian and New Zealand Dollars). Ahead of the Bank of Japan Rate Decision on Thursday, the Japanese Yen has led to the downside, barely.

The docket remains thin on the US side, but there are some interesting releases elsewhere for the remainder of trading on Tuesday. At 10:00 EDT / 14:00 GMT, the GBP NIESR Gross Domestic Product Estimate for July is due, and while no forecast is provided, our model shows contraction of -0.1% to -0.3%. 2012 hasn’t been a kind year for the British economy, with the NIESR GDP Estimates showing growth only once thus far, and with three of the six readings showing contraction of -0.3% or greater. Should the British economy continue to struggle, this will likely amount to increased odds of further easing by the Bank of England, which will dilute the value of the British Pound. At 15:00 EDT / 19:00 GMT, the USD Consumer Credit report for June will be released, and it is expected to show tighter credit (perhaps a slowdown in non-revolving debt). 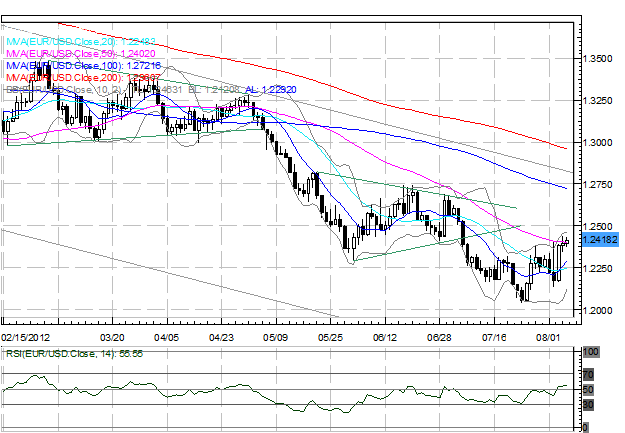 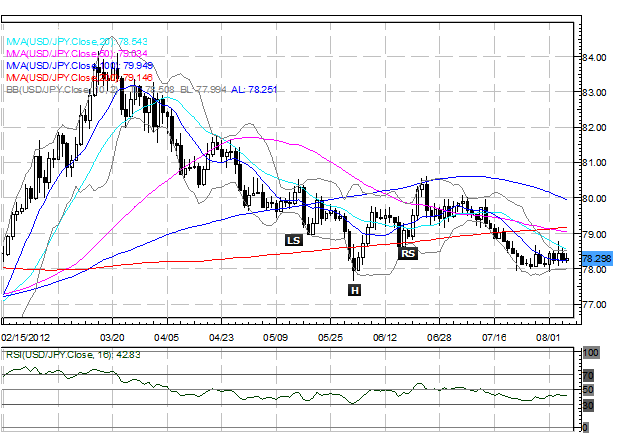 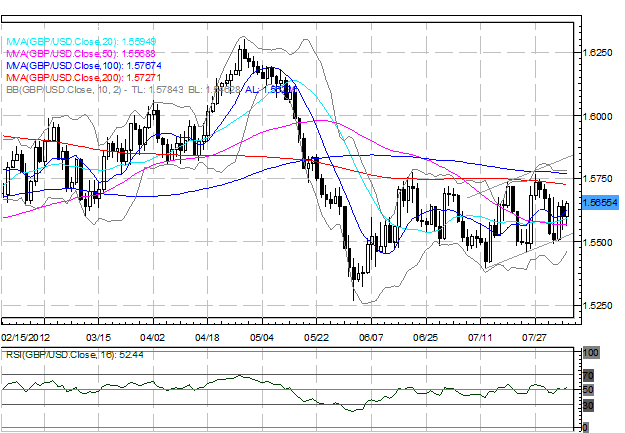 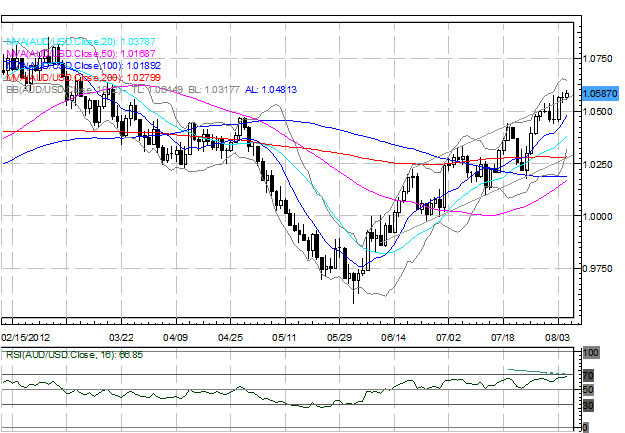