The US Dollar is recouping some of its losses from Friday’s reconsideration of European Central Bank Mario Draghi’s stance on bond buying to cap Italian and Spanish yields. As market participants await further signs of action, the Euro has dropped modestly; the British Pound has underperformed broadly. Mainly, with a lack of a clear fundamental catalyst in sight, economic data is weighing heavily again, which suggests nothing short of a slowing economic climate sweeping Europe: the British economy, as a proxy to the collateral damage of the crisis, continues to be plagued by a deflation housing market. Overall, the European currencies, the British Pound, the Euro, and the Swiss Franc, are leading the declines, while the Japanese Yen and the US Dollar are among the top performers on Monday.

The docket is exceptionally thin to start the week, a fitting beginning for the first full week of August given the fact that there are few items of considerable interest expected in the coming days. Nonetheless, Federal Reserve Chairman Ben Bernanke is due to speak at 09:00 EDT / 13:00 GMT on Economic Measurement. Beyond this, we look towards the AUD Reserve Bank of Australia Rate Decision at 00:30 EDT / 04:30 GMT on Tuesday for the next major event on the calendar. 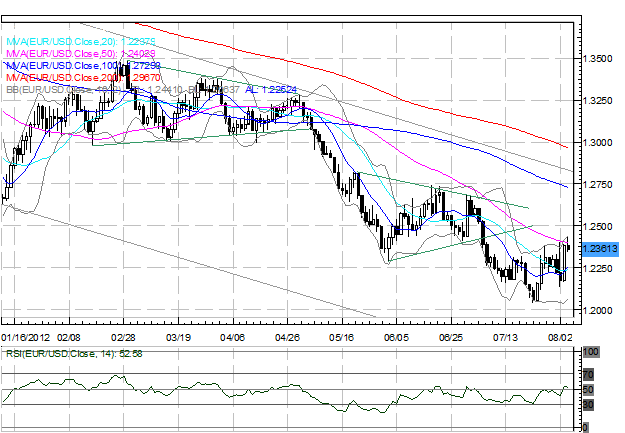 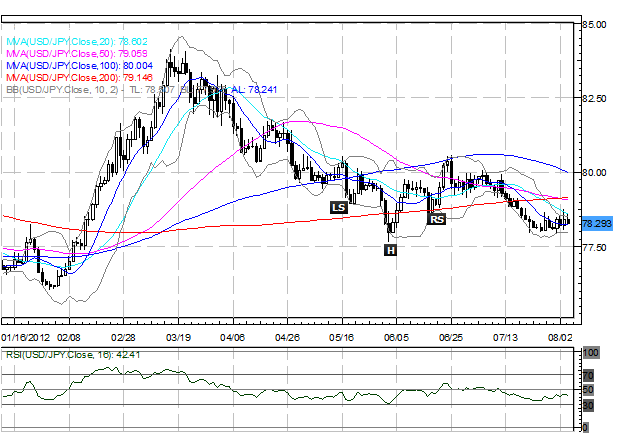 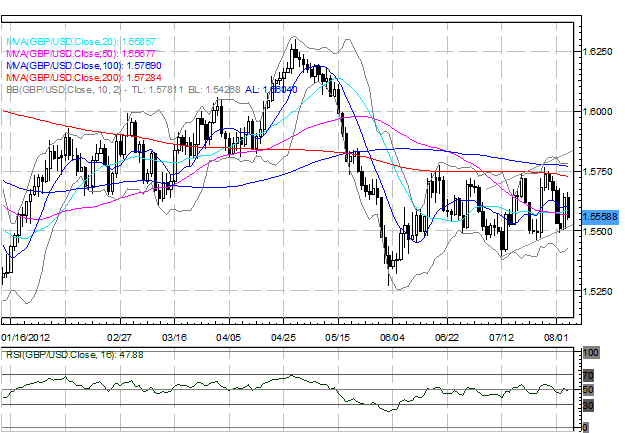 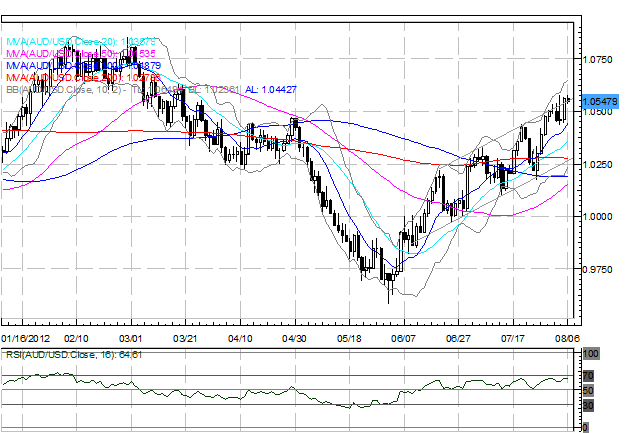 AUDUSD: The AUDUSD continues to push its ascending channel trendline, moving as high as 1.0578 today, and failing to break last week’s post-ECB high of 1.0580. Budding RSI divergence on the 4-hour chart, showing higher highs in price but no confirmation on the RSI, suggests that a pullback may be in the works before a renewed push higher. The 4-hour RSI found support 50, suggesting that the uptrend is very much still intact; any further declines will need a fundamental catalyst; this is very plausible with significant Australian and Chinese event risk on the horizon. Near-term resistance comes in at 1.0580 (August high) and 1.0630. Support comes in at 1.0535/45 (former swing highs), 1.0480, 1.0435/45, and 1.0380/85.