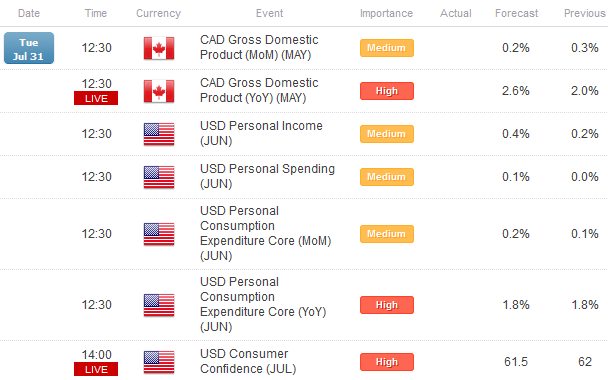 Aussie Leads as Euro, US Dollar Consolidate Ahead of Key Policy Meetings

In thin trading thus far on Tuesday, the Australian Dollar has emerged as the top performer amid a quiet Asian and (thus far) European session. In terms of data, the Euro-zone Consumer Price Index Estimate yearly figure for July came in at expectations of +2.4%, sending a signal that the additional liquidity injected into the system over the past eight-months (over €1 trillion) may be cycling back into the real economy, but only in terms of price pressures. Perhaps a high expected rate of inflation contains the European Central Bank from acting too quickly, given German intolerance for high rates of inflation. Meanwhile, the Euro-zone Unemployment Rate remained at its highest level ever of 11.2% in June. We expect volatility to remain curbed for the coming day or so ahead of the Federal Reserve policy meeting on Wednesday and the European Central Bank policy meeting on Thursday, barring unforeseen event risk.

The docket is significantly saturated on Tuesday as there are a number of historically market moving events due out at 08:30 EDT / 12:30 GMT. To wit: CAD Gross Domestic Product for May, in which the Canadian economy is expected to have seen growth tick up to +2.6% from +2.0%, on a yearly-basis. Also released at the same time are the USD Personal Income and Personal Spending figures for June, both of which should show a modest improvement (but not enough to offset concerns of a slowing US economy). The USD Personal Consumption Expenditure Core (PCE Core) due at 08:30 GMT / 12:30 EDT should also attract some interest, considering the Federal Reserve uses the yearly PCE Core figure as a gauge of inflation. Finally, at 10:00 EDT / 14:00 GMT, the USD Consumer Confidence report for July is expected to show a slight deterioration in consumer sentiment. 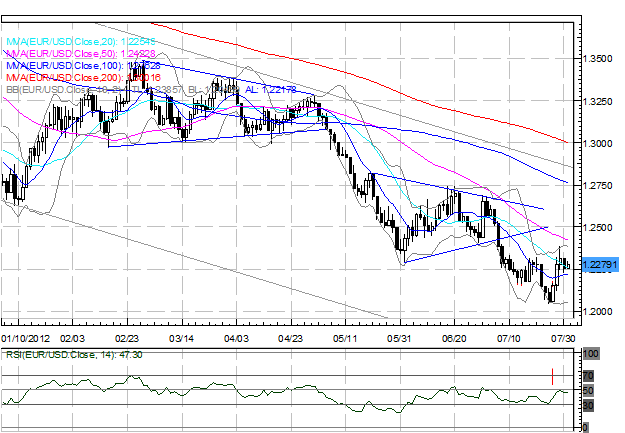 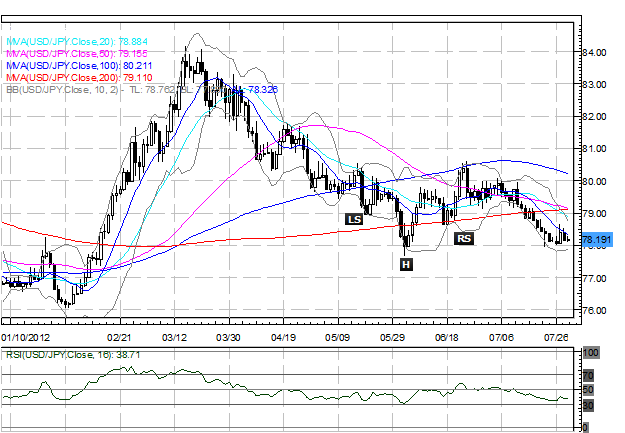 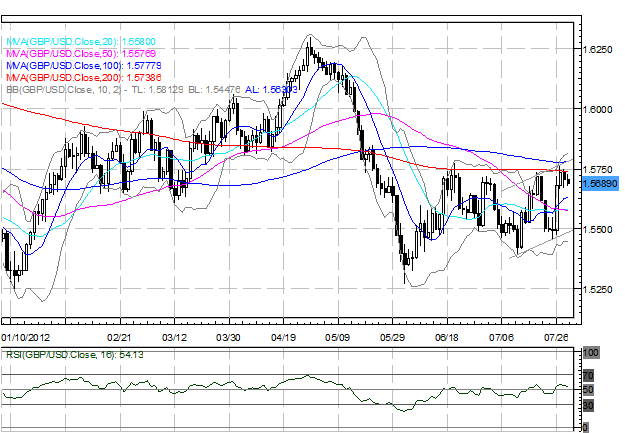 GBPUSD: The pair continues to pullback after its massive two-day rally to close the week last week. However, it appears that a new channel has formed, and at present time, if the channel is to stick, a test of the range low near 1.5500 should be in order. Given the tight price action today relative to yesterday’s close, we expect topside resistance at 1.5735/45 (former July high, 200-DMA). Above, resistance is close at 1.5775/80 (100-DMA). As noted last week, “Failure to break these levels should lead to a sharp pullback towards major support confluence in the 1.5575/1.5605 zone (former channel resistance, 20-DMA, 50-DMA).” A daily close below this zone exposes the weekly lows from last week at 1.5455/60. 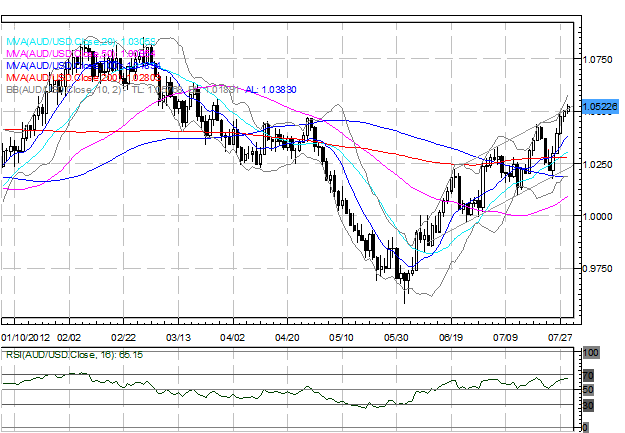