On Thursday, European Central Bank President Mario Draghi hinted at an informal investment conference that the European Central Bank would do everything it could to preserve the Euro, and that it would be possible to buy sovereign debt to provide stability. While global financial markets rallied, we have questioned the strength of this move given the one thing that may prevent the European Central Bank from such a program from being implemented: German opposition. On Saturday, German Finance Minister Wolfgang Schaueble called the rumors of a bond buying program “speculation,” and today President Draghi is meeting with Jens Weidmann, head of the Bundesbank (Germany’s central bank) to discuss the measures. Mr. Weidmann has previously said that Article 123 of the Treaty on the Function of the European Union imposed a legal "prohibition on monetary financing", implying that the ECB cannot attempt to shore up the debt markets of Italy and Spain for covert fiscal support.

The docket is barren on Monday with no significant events coming across the wires from either of the major North American economies nor are there any late day releases out of Europe. Accordingly, we will monitor the newswires for chatter from policymakers ahead of perhaps the two biggest central bank meetings of the year this week, when the Federal Reserve and the European Central Bank meet on Wednesday and Thursday, respectively. 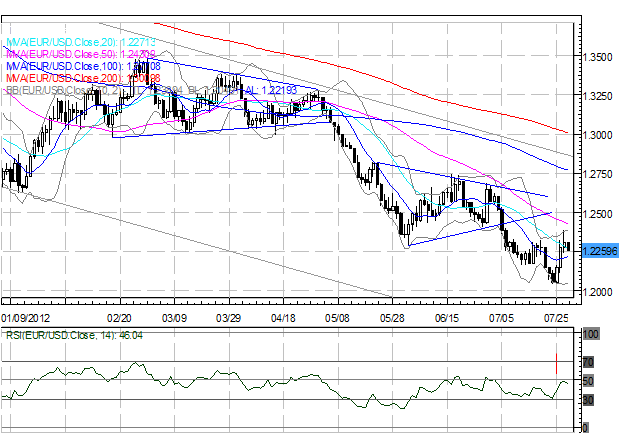 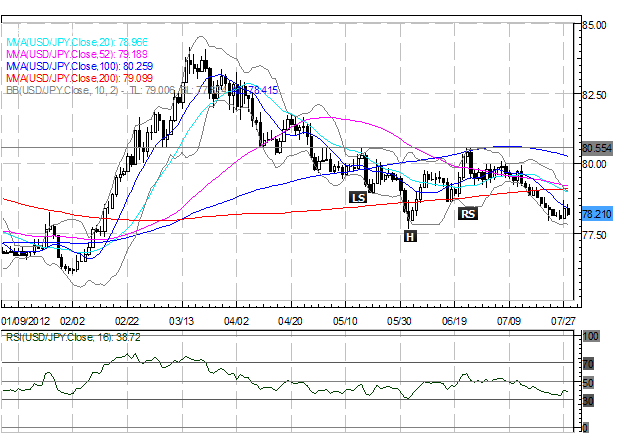 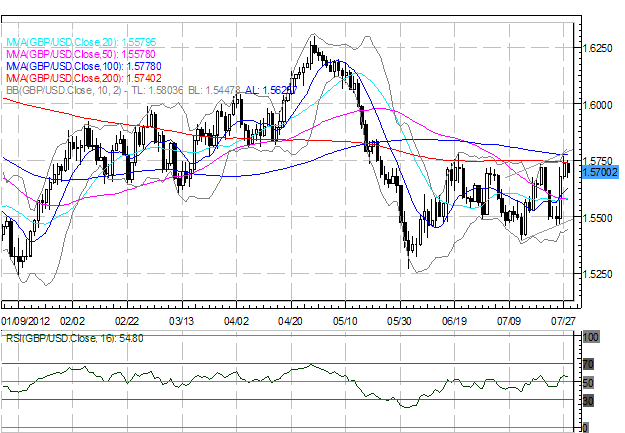 GBPUSD: While an Inside Day is forming today after the rally from the past two days, we note that the GBPUSD has broken weekly and daily highs and we would thus expect more gains through the end of the month (just Monday and Tuesday). Considering that the pair failed to retain gains, we expect topside resistance at 1.5735/45 (former July high, 200-DMA). Above, resistance is close at 1.5775/80 (100-DMA) then 1.5790/1.5805 (channel resistance, Bollinger Band). As noted last week, “Failure to break these levels should lead to a sharp pullback towards major support confluence in the 1.5575/1.5605 zone (former channel resistance, 10-DMA, 20-DMA, 50-DMA).” A daily close below this zone exposes the weekly lows from last week at 1.5455/60. 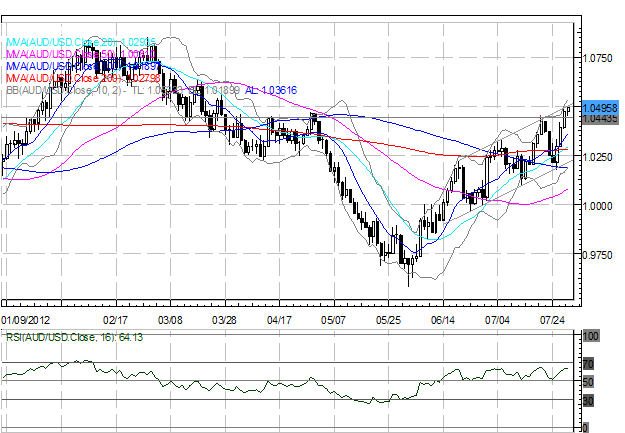