US Dollar Lower Ahead of 2Q GDP Report; Euro Underperforms Across Board

After yesterday’s major rally that pulled the EURUSD back above 1.2300 and sent other high beta currencies parabolic, the US Dollar has consolidated its losses, falling a mere -0.09% on the day thus far. Notably, this comes as market participants question yesterday’s commentary by European Central Bank President Mario Draghi. President Draghi alluded to a major European Central Bank bond buying program, stating that pressure in sovereign yields has disrupted the central bank’s policy transmission mechanism, and capping yields (in Italy and Spain, notably) would help restore effective monetary policy.

However, considering that Article 123 of the Treaty on the Functioning of the European Union explicitly forbids such measures, and that the Bundesbank (Germany’s central bank) has stated today that a bond buying program would violate its mandate, much remains to be seen as to the credibility of such a program. Nonetheless, with a European Central Bank Rate Decision on August 2, French newspaper Le Monde has reported that the European Central Bank is indeed preparing a major program to support Italian and Spanish bonds; expectations are riding very high on an announcement and without one, all of Thursday’s gains will be easily erased and then some.

The week concludes with a bang as the initial second quarter USD Gross Domestic Product (Annualized) report is due out at 08:30 EDT / 12:30 GMT. With a Federal Reserve policy meeting scheduled to take place next week, today’s US GDP report is particularly important when considered in the context of whether or not the Federal Reserve will ease more. Given the recent downturn in the housing, labor, and manufacturing sectors, it has become widely expected that the Federal Reserve will implement a third round of quantitative easing at some point in the coming weeks. 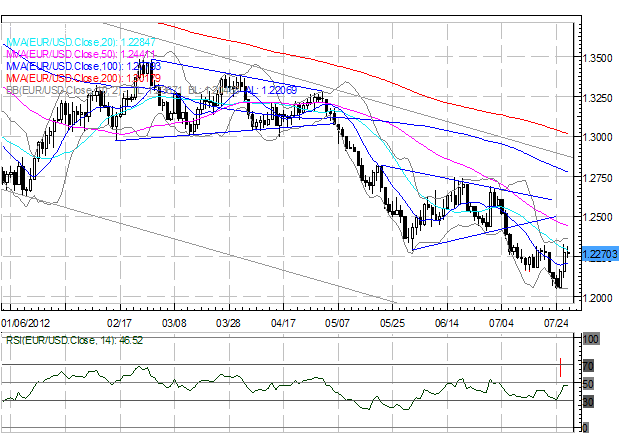 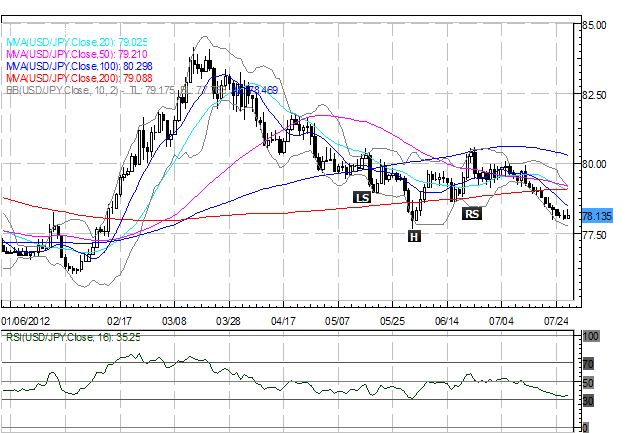 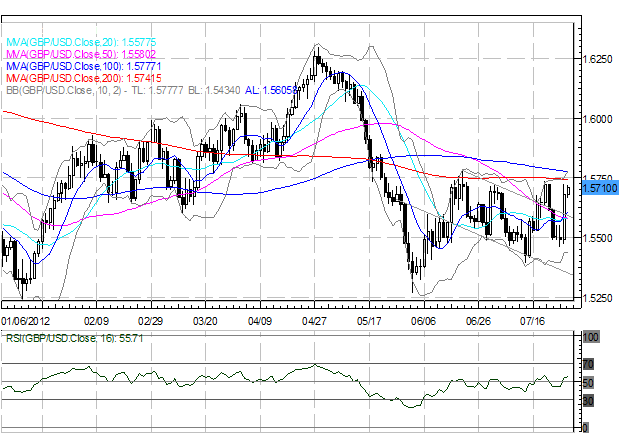 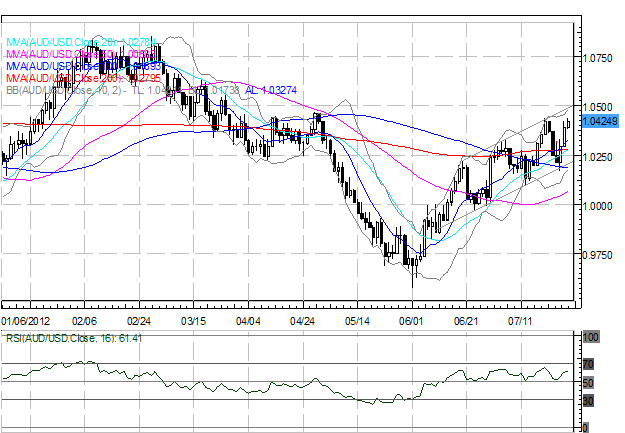