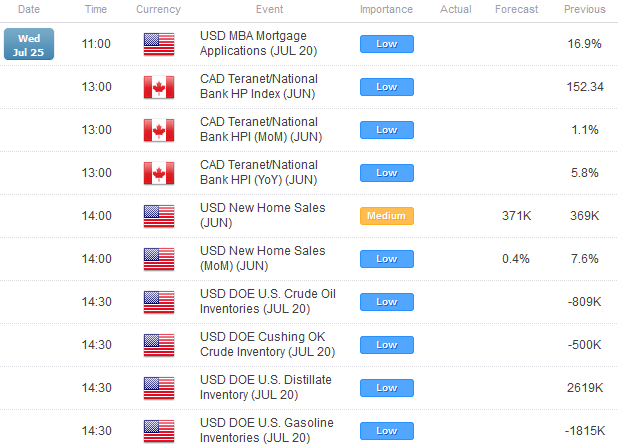 The Euro hit fresh 2012 lows across the board yesterday but with an exceptionally bearish sentiment evident across the market, it was likely that only a small bit of positive news would propel the Euro higher. Indeed, after European Central Bank policymaker Ewald Nowotny said that there were improved arguments in favor of giving the European Stability Mechanism (ESM) a banking license. While this would help ease financial stresses in Europe, it would not solve the oncoming recession across the continent. Speaking of recession, the British economy stumbled further in the second quarter, raising the likelihood of more accommodative measures by the Bank of England going forward; any measures would be dilutive of the British Pound, and as such, the world’s oldest fiat currency has underperformed throughout the European trading session.

A quite North American trading session is on the horizon with only one event of any interest on the DailyFX Economic Calendar for today. At 10:00 EDT / 14:00 GMT, USD New Home Sales for June are due, and a slight +0.4% gain is expected. A strong figure will yield a stronger US Dollar while a weak print will raise QE3 speculation, which will hurt the US Dollar. 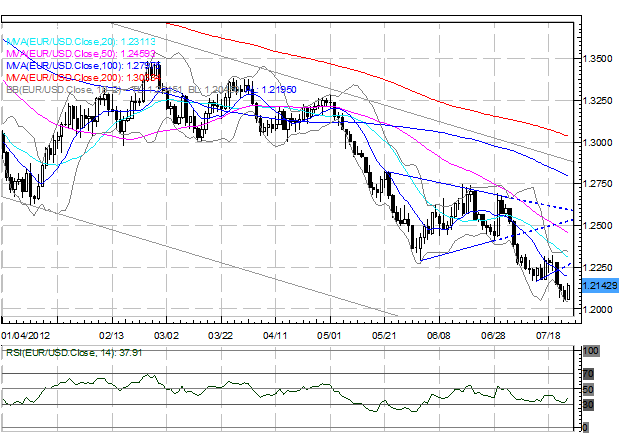 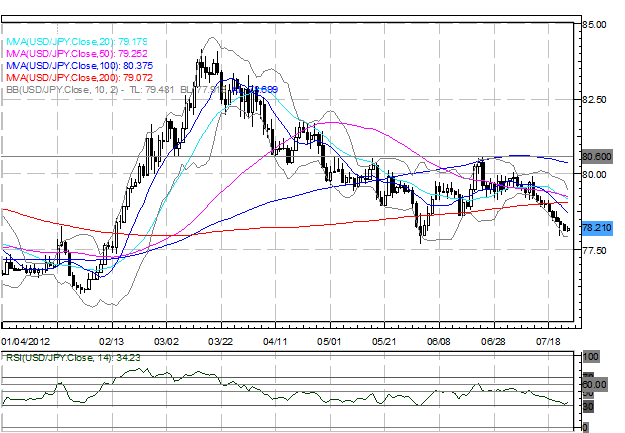 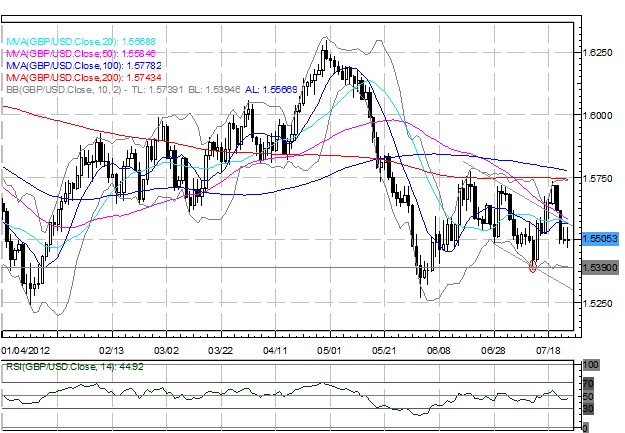 GBPUSD: Yesterday’s Inside Day yielded some price action to the upside but advances have been stunted by the poor second quarter growth reading for the British economy. The 10- and 20-DMAs broke with ease on Monday and the GBPUSD has consolidated around the 1.5500 handle thus far todau. We expect further losses as a steep rising trendline has now been broken. Near-term resistance comes in at 1.5570/85 (trendline resistance, 10-DMA, 20-DMA, 50-DMA) and 1.5600. Near-term support comes in at 1.5460/70 (coincidentally today’s low) then 1.5390/1.5405 (monthly low, Bollinger Band). 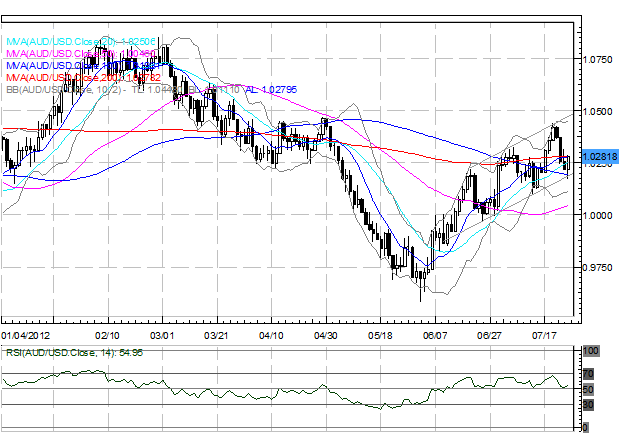 AUDUSD: The pair is respecting an ascending channel off of the June 20 and July 5 highs, hitting resistance on Thursday/Friday leading to the sell-off today. The AUDUSD hit support at 1.0180/95 (channel support, 100-DMA) and has rebounded sharply, back to interim resistance at 1.0275/85 (10-DMA, 200-DMA). If there is a daily close above said level, the scope for gains is as high as 1.0500, given the ascending channel in place.