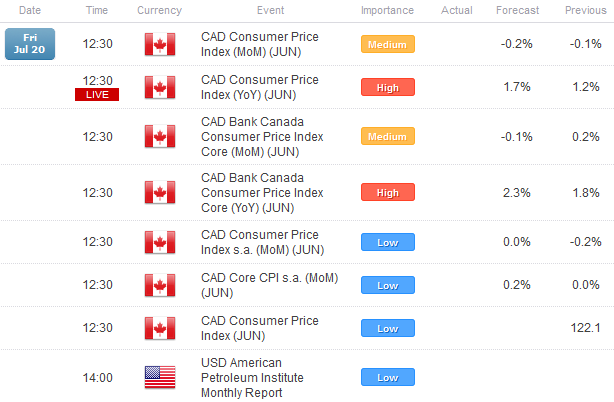 As Italian and Spanish Borrowing Costs Rise, Down Goes the Euro

As European finance ministers hold a conference call to discuss the Spanish bank aid deal, high beta currencies and risk-correlated assets have come under pressure. The €100 billion aid package was enough to stoke risk-appetite over the past few weeks, but that doesn’t seem to be enough for keep sentiment elevated. Now that the Spanish aid deal is close to being finalized, market participants are seemingly looking for the next liquidity fix, and with little hope on the horizon, investors have started to shed riskier assets.

A quiet North American session is on the horizon to finish the week, with only one market moving event on the horizon, but even that shouldn’t have a material impact on market conditions outside of Canadian Dollar-based pairs. At 08:30 EDT / 12:30 GMT, the CAD Consumer Price Index for June will be released, which will show a very mixed picture of inflation in Canada. On one hand, there will be evidence of some deflation in the very short-term (on a monthly-basis); but over the longer-term (on a yearly-basis), in both the headline and core readings, the report will show that inflationary pressures have increased. Accordingly, if the data is in line with expectations, the mixed report will have little impact in the hours ahead. 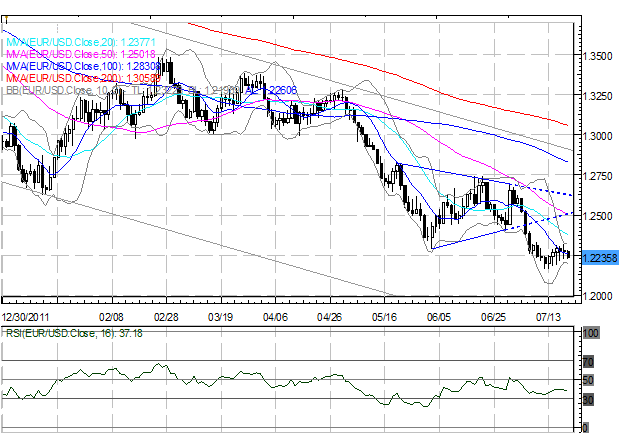 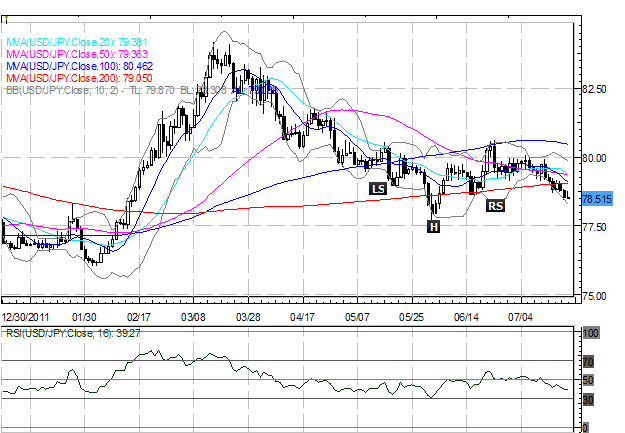 USDJPY: Is the USDJPY is working on an Inverted Head & Shoulders pattern off of the June 1 low? It certainly appeared so for a while there; but the daily close below 78.60 suggests that the pair could trade as low as 78.15/25 before buying interest returns. Still, as long as the Head at 77.60/70 holds, the pattern remains technically valid. With the Head at 77.60/70, this suggests a measured move towards 83.60/70 once initiated. Near-term resistance comes in at 79.00/05 (200-DMA). Price action to remain range bound as long as advances are capped by 80.60/70. 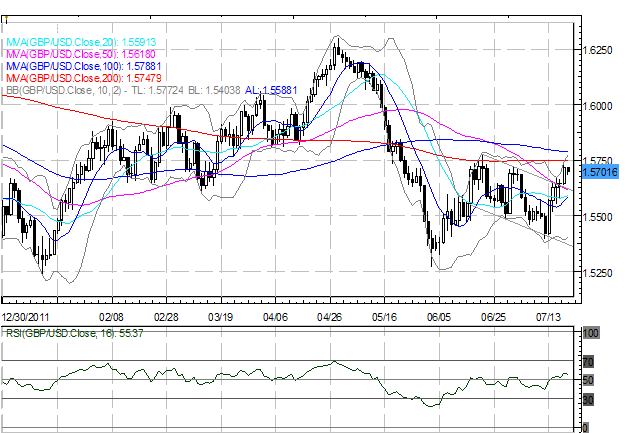 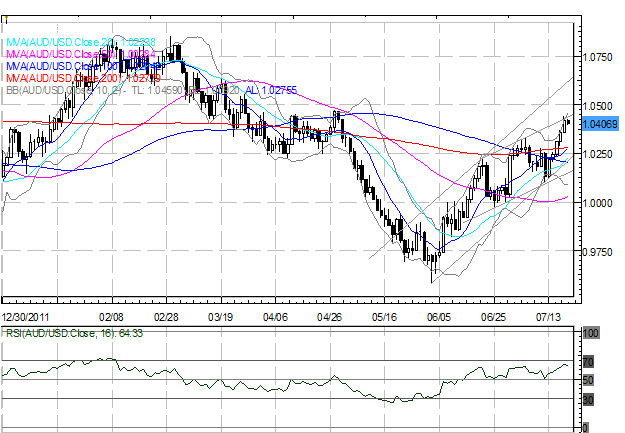 AUDUSD: The pair is working higher in two separate ascending channels, hitting resistance at 1.0430 in the less steep of the two. A daily close above this level signals a rally further up into 1.0470/75 (April high). However, short-term charts are looking overextended at current price, so it’s possible there is some consolidation/downside price action before the next leg higher. Near-term support comes in at 1.0385, 1.0325/30, and 1.0135/55.