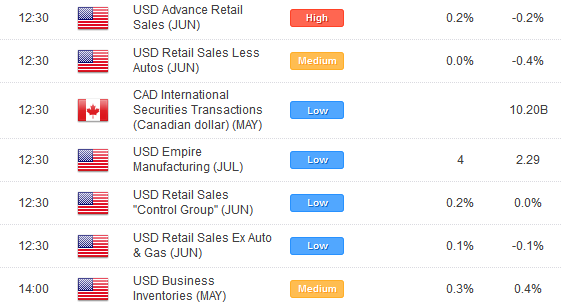 The Japanese Yen and the US Dollar are the top performing majors to start the week, with high beta currencies and risk-correlated assets paring their gains from Friday in mostly quiet trading to start the week. Euro-zone inflation data for June showed that prices remained stable, perhaps a sign that the over €1 trillion injected since late-December 2011 may finally be circulating back into the system. Regardless, sticky prices mean that the European Central Bank is likely to be more cautious about further easting measures; the European Central Bank cut its key interest rate below 1.00% for the first time ever earlier this month.

While the bulk of the key US data is due in the middle of the week, the USD Advance Retail Sales report for June released at 08:30 EDT / 12:30 GMT is of significance. As an insight into not only consumption but also consumer confidence, the June sales report is the most significant piece of data due today across the globe. Given the Federal Reserve’s outlook, a weak print could weigh on the US Dollar and bolster risk-appetite as investors raise their bets for another round of quantitative easing. 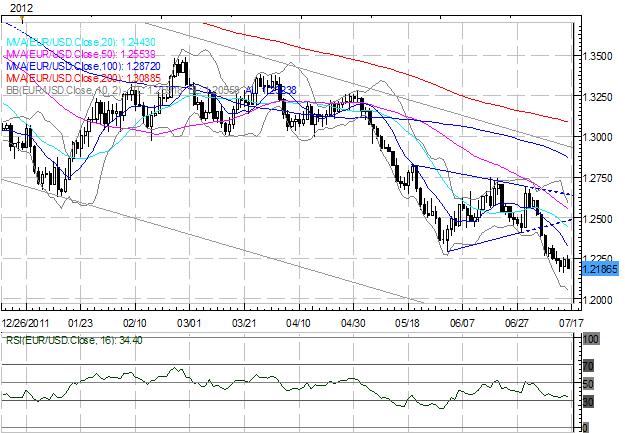 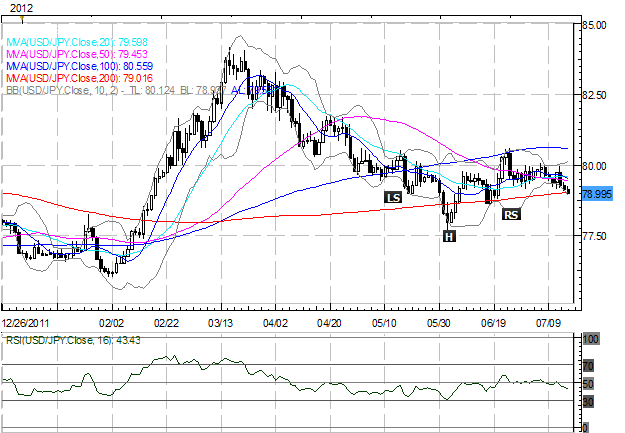 USDJPY: The USDJPY is working on an Inverted Head & Shoulders pattern off of the June 1 low, with the neckline coming in at 80.60/70. Only a daily close above this level will signal the commencement of this pattern. With the Head at 77.60/70, this suggests a measured move towards 83.60/70 once initiated. Near-term support comes in at 79.00/05 (200-DMA). Price action to remain range bound as long as advances are capped by 80.60/70. 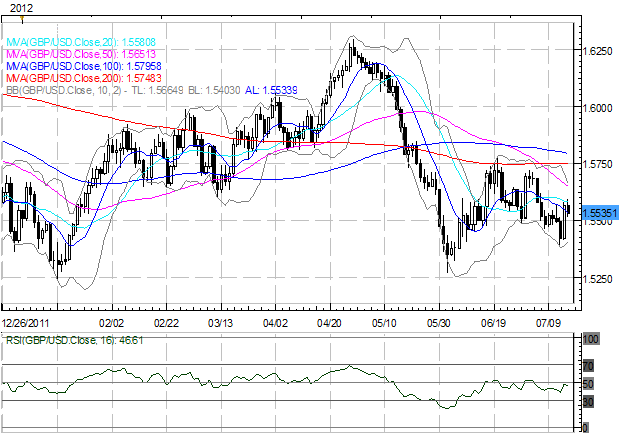 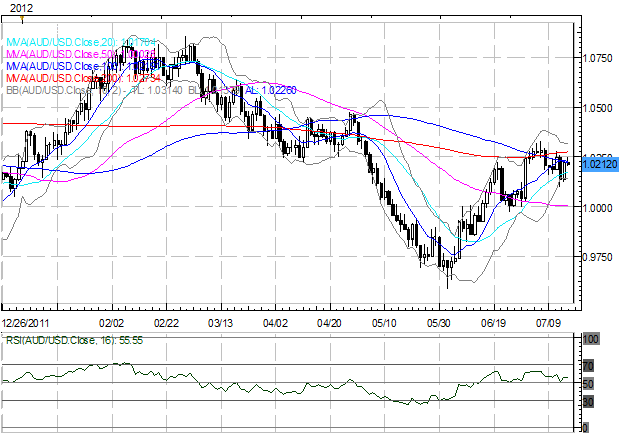