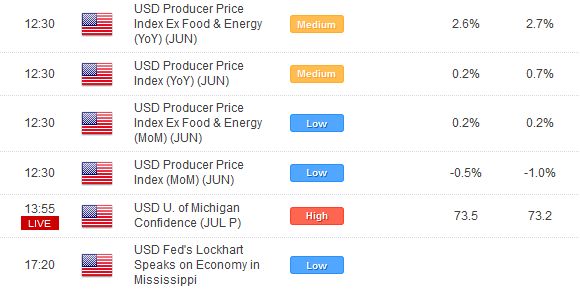 Euro's Setbacks Pile On as Moody's Downgrades Italy to 'Baa2'

High beta currencies and risk-correlated assets were well-supported in the overnight, with the Australian Dollar and the Euro failing to break yesterday’s lows against the US Dollar, as market participants largely overlooked the disappointing Chinese second quarter GDP print. But despite this, which has sent the Australian and New Zealand Dollars significantly higher across the board, the Euro has failed to rally. In part, this is due to a sovereign downgrade for Italy, which saw its credit rating cut by two notches to ‘Baa2’ by Moody’s Investors Services.

The last session of the week brings about little in terms of key data out of Canada; but there are two data releases for the US that we will watch. At 08:30 EDT / 12:30 GMT, the US Producer Price Index for June will be released, which is expected to show slowing price pressures and in fact some deflation on a monthly-basis. At 09:55 EDT / 13:55 GMT, the July preliminary US U. of Michigan Confidence report will be released, and we expect confidence to remain lower. 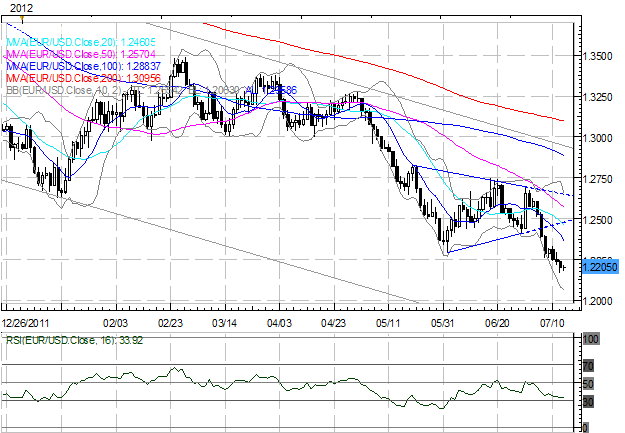 EURUSD: Fundamentally, the EURUSD could tumble precipitously as the US Dollar’s outlook improves. Short-term technicals have relieved oversold conditions, suggesting that the rebound seen off of yesterday’s lows may be it its final stages barring a new catalyst. Near-term resistance comes in at 1.2230/35 and 1.2285/90. Above that, interest lies at 1.2360/65, 1.2400, and the crucial 1.2440/80 zone (Symmetrical Triangle support). Support comes in the 1.2140/60 zone then 1.2075 (Bollinger Band). Given the measured move and Fibonacci extensions, we are looking for a move towards 1.1695-1.1875 over the next eight-weeks. 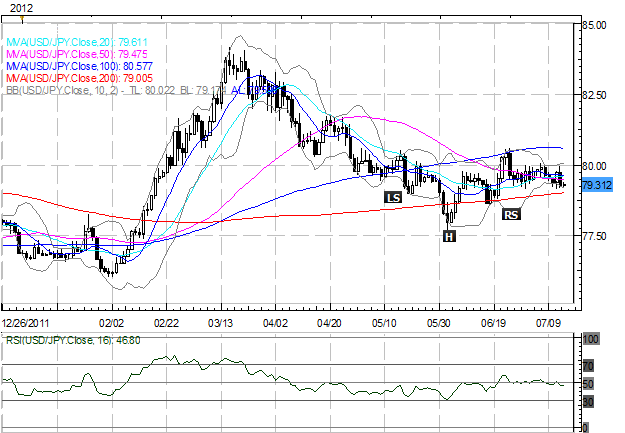 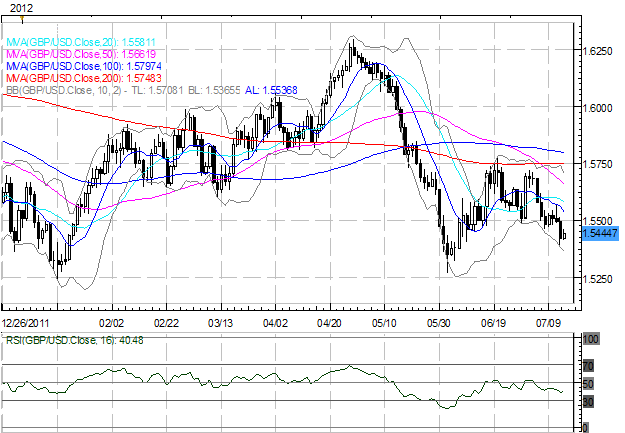 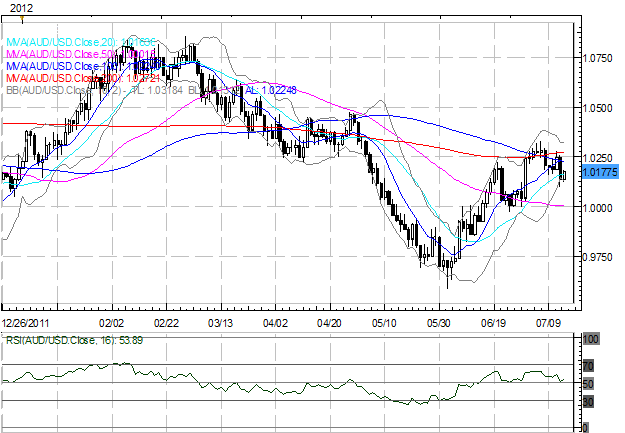