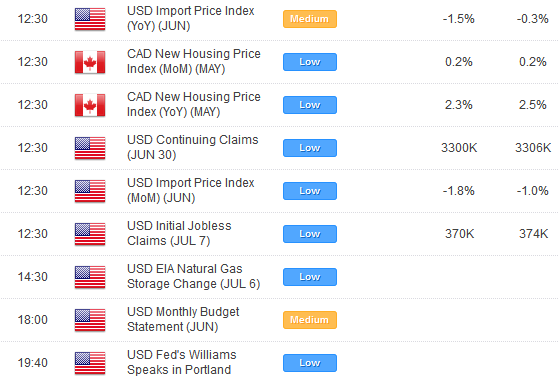 Australian labor market data was a major disappointment in the overnight, showing that nearly all of the jobs gained in May were wiped out in June (save 0.8K). Australia, as a proxy to China, has been putting out weaker than expected data once again, raising emerging market growth concerns. In light of recent Chinese data, which has showed significantly weaker domestic demand in the world’s most important economy, the People’s Bank of China has cut its key rate twice since the first week of June. Scope for further rate cuts, not only from the People’s Bank of China but from the Reserve Bank of Australia as well, will be revealed tomorrow when the Chinese second quarter GDP report is released.

More importantly, however, is that the US Dollar is surging in the wake of the Federal Reserve’s June 20 to 21 meeting Minutes yesterday. While it’s evident that policymakers are concerned about the direction of the US economy, any further easing will be on the sidelines as long as the recovery muddles along at its current rate. One needs to look no further than commodities and highly-correlated currencies to appreciate the US Dollar’s strength: AUDUSD and NZDUSD are both down over 1% thus far today; NYMEX WTI Crude Oil has fallen 1.13%; spot Gold is down 0.91% and spot Silver is down 1.78%; and COMEX Copper is down 1.57%.

Another thin docket during the North American trading session today but this should actually be beneficial to traders as there will be little exogenous interference on price action as the results of yesterday’s Federal Reserve’s June 20 to 21 meeting Minutes are digested further. Still, we look to jobs data at 08:30 EDT / 12:30 GMT for a short-term update on the US labor market. Of note: Initial Jobless Claims for the week of July 7. 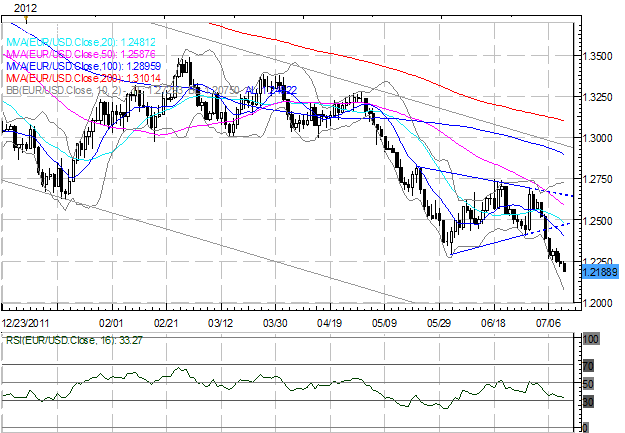 EURUSD: The short-term relief we were looking for materialized yesterday, with the pair trading back up towards 1.2300 before beginning the next leg of its sell-off. With no relief in sight, fundamentally, the EURUSD could tumble precipitously as the US Dollar’s outlook improves. Although hourly technicals are looking overextended, near-term resistance comes in at 1.2230/35 and 1.2285/90. Above that, interest lies at 1.2360/65, 1.2400, and the crucial 1.2440/80 zone (Symmetrical Triangle support). Support comes in the 1.2140/60 zone then 1.2075 (Bollinger Band). Given the measured move and Fibonacci extensions, we are looking for a move towards 1.1695-1.1875 over the next eight-weeks. 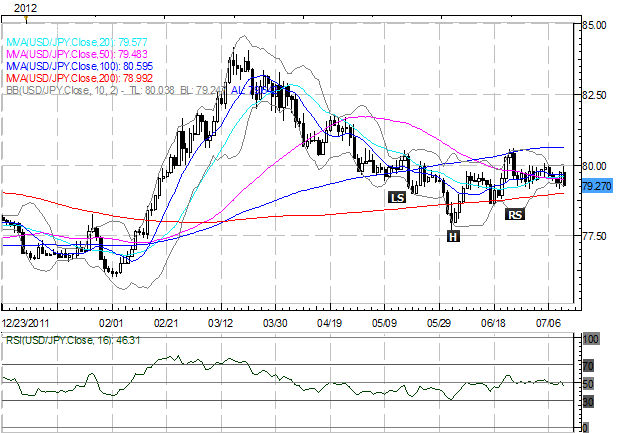 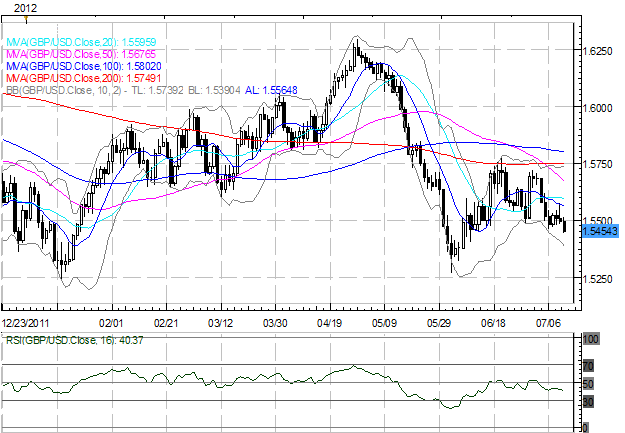 GBPUSD: Advances have been capped by the 10-DMA, most recently at 1.5571 yesterday (also the mid-point for the Bollinger Bands). New monthly lows were set today at 1.5440, suggesting that the seasonal trend in place will remain into next week. A daily close above 1.5580 reverses this trend and suggests a test of the monthly high at 1.5720/25. Near-term support comes in at 1.5460 then 1.5390 (Bollinger Band). 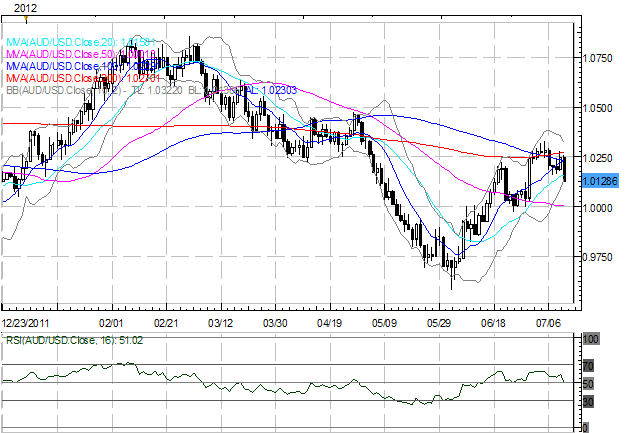