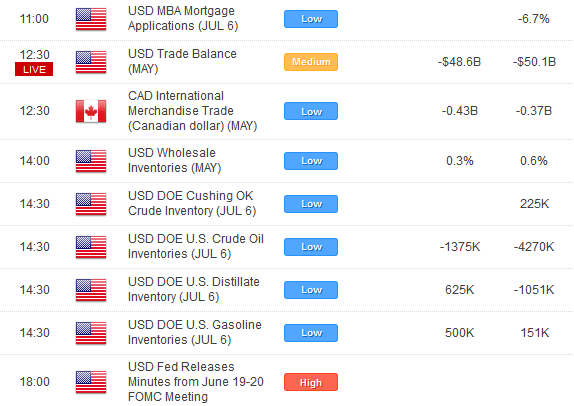 Little market moving data in the overnight alongside few headlines out of Europe has paved the way for a positive risk landscape thus far on Wednesday. Spanish Prime Minister Mariano Rajoy’s new budget, which includes tax hikes that he campaigned against, has also spurred the rally to high beta currencies and risk-correlated assets, as the struggling Southern European country tries to rein in its deficit. Although the austerity measures will most likely necessitate a full-scale bailout of the country in the coming months, for now, this is viewed as a positive development.

Although the docket is thin during the US session, there are two events of considerable interest that remain. At 08:30 EDT / 12:30 GMT, the US Trade Balance for May is due, and despite the US Dollar’s immense strength during the month, it appears that the deficit narrowed; this would suggest that US exports are competitive despite a pricing disadvantage (a bullish implication for the US economy). Speaking of the US economy, the Federal Reserve’s Minutes from the June 20 to 21 meeting will be released later at 14:00 EDT / 18:00 GMT; if the Minutes are in line with the policy decision, in which the Federal Open Market Committee opted for a continuation of Operation Twist rather than a full-scale bond purchase program (as expected), the US Dollar should strengthen in the coming days. 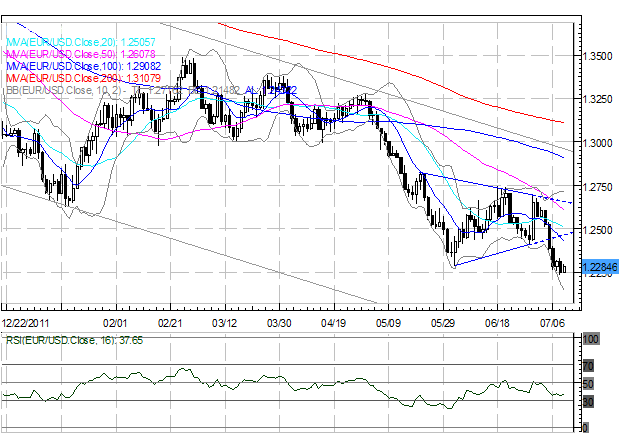 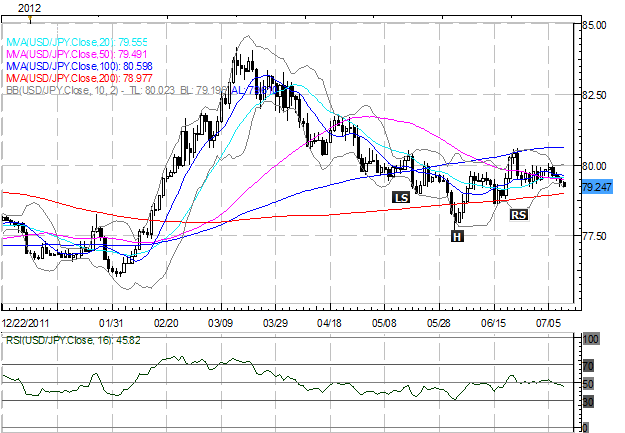 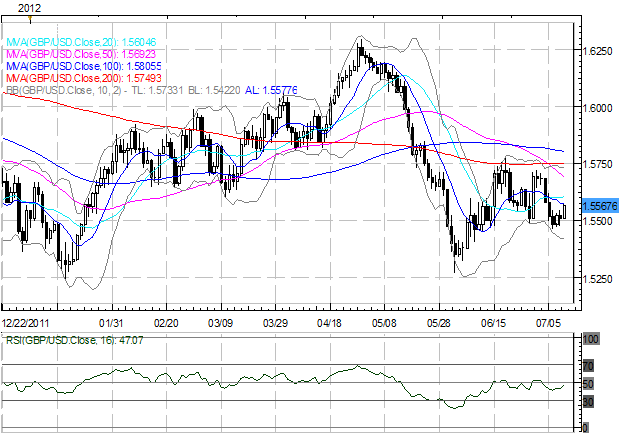 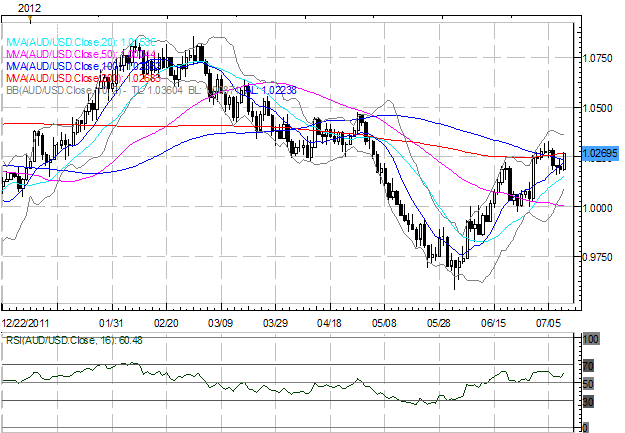