Poor Chinese trade data that showed the continued collapse of the Chinese consumer (plummeting price pressures alongside weaker Import figures) initially weighed on risk-appetite, but any trace of losses rooted in Asian growth concerns has been swept away as European funds have hit the market. Rumors have surfaced that the People’s Bank of China will cut its reserve requirement ratio (RRR) either later today or tomorrow and this in turn has provided a lift to growth-linked currencies. Combined with the oversold technical conditions displayed by risk-correlated assets such as the Australian Dollar, and there has been enough impetus for a bounce this morning.

The economic docket is rather dry for the second day in a row (and as will be the case this week), with no market moving US data due later today. However, there are still two items of interest. At 08:15 EDT / 12:15 GMT, Canadian Housing Starts for June are due, which could fuel concerns of a housing bubble in Canada if growth remains over +200.0K. At 10:00 EDT / 14:00 GMT, the British NIESR Gross Domestic Product Estimate for June will be released, and should show that growth remains at a very low, if not contractionary level. 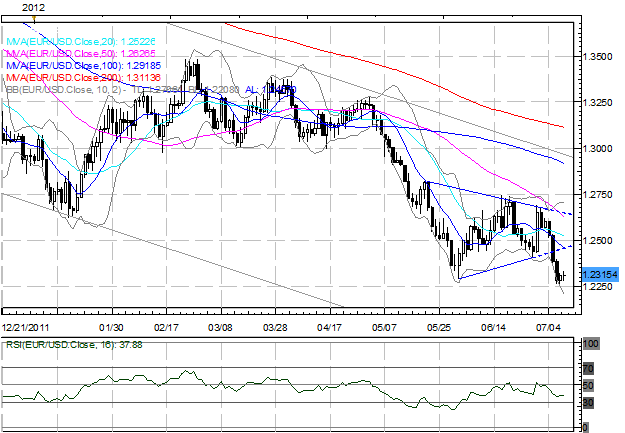 EURUSD: The pair has started to rebound as expected as short-term oversold conditions have provided the necessity for some relief. The EURUSD rally should be capped in the near-term, with resistance overhead at 1.2360/65, 1.2400, and the crucial 1.2440/80 zone (Symmetrical Triangle support). Near-term support comes in at 1.2285/90. Given the measured move and Fibonacci extensions, we are looking for a move towards 1.1695-1.1875 over the next eight-weeks. 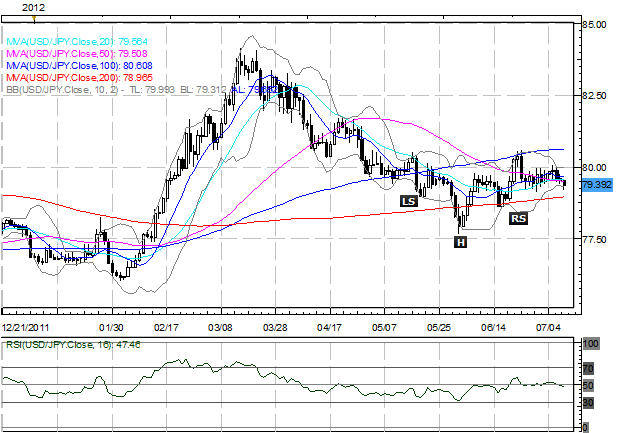 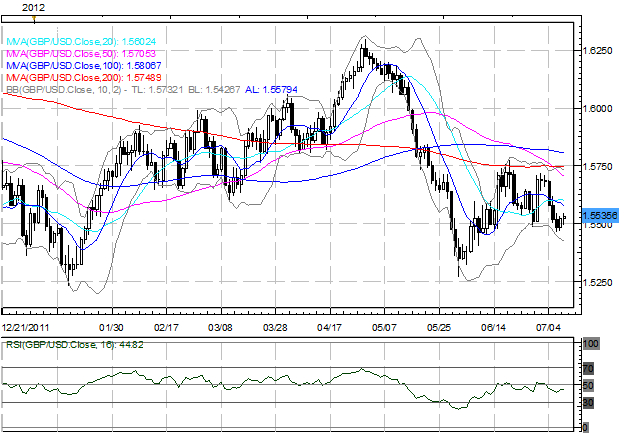 GBPUSD: GBPUSD strength is materializing aided by some better than expected data out of the UK but bounces are to be sold. Oversold technical conditions are being relieved and the pair has started to trade into some near-term resistance at 1.5540/45. More important resistance comes in at 1.5600/05 (20-DMA) then the monthly high at 1.5720/25. Near-term support comes in at 1.5460 then 1.5425/30 (Bollinger Band). 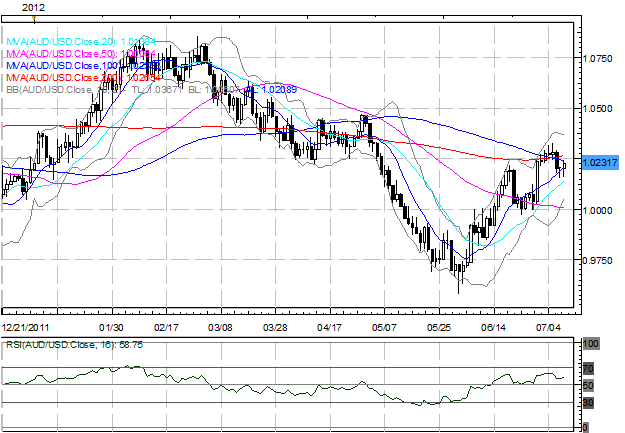