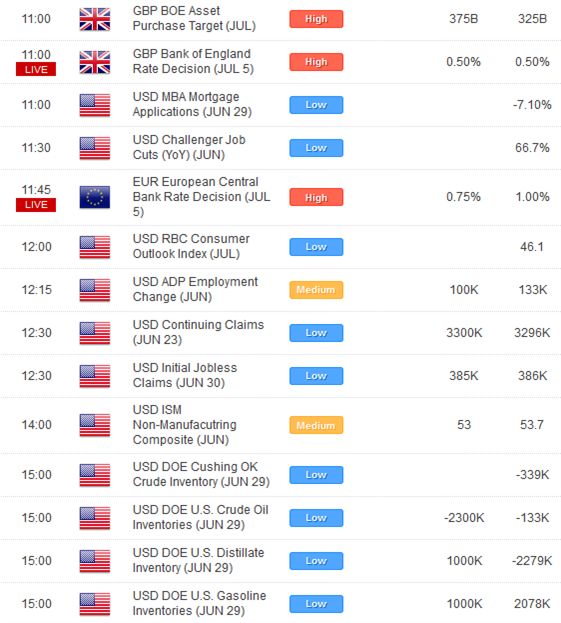 Same old story on Thursday: the European currencies (the British Pound, the Euro, and the Swiss Franc) lead the majors to the downside ahead of the crucial rate decisions out of the Bank of England and the European Central Bank today (of note: the CHF has shared a +0.91 daily correlation with the EUR since September 6, 2011, the day the Swiss National Bank implemented the EURCHF exchange rate floor at 1.2000).

Expectations for the Bank of England to ease further are riding high, with the consensus survey provided by Bloomberg News showing that economists forecast that the Asset Purchase Program target will be raised to £375 billion from £325 billion. All the while, the key interest rate should remain unchanged at 0.50 percent, where it has been on hold since March 2009. Ultimately, we expect the Bank of England to cave and ease more, as there are few other viable options at this point in time.

Aside from the Bank of England and the European Central Bank rate decisions, there is the ADP Employment Change report out of the United States that should serve as a preview for tomorrow’s Nonfarm Payrolls report, released at 08:15 EDT / 12:15 GMT. Later, at 10:00 EDT / 14:00 GMT, the ISM Non-Manufacturing Composite for June will be released. 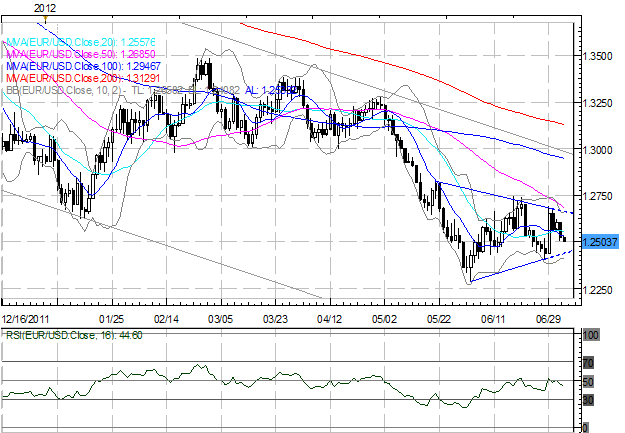 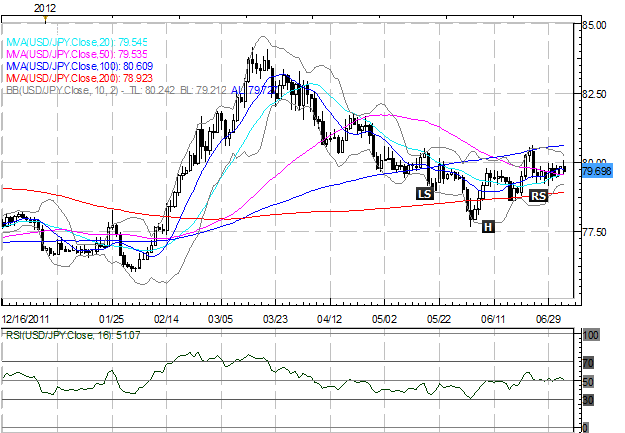 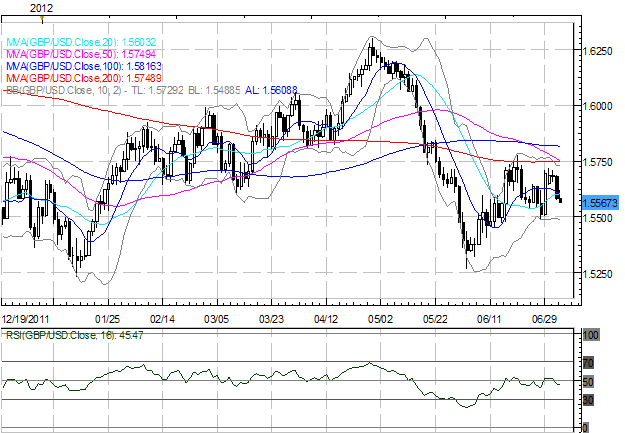 GBPUSD: The GBPUSD’s failure to achieve new highs in the post-Euro-zone Summit world draws into question the underlying strength of the Sterling, and the suggestion is that diverging monetary policies between the Bank of England and the Federal Reserve (with the Bank of England increasingly dovish and the Federal Reserve in wait-and-see mode) are hurting the pair. Fresh weekly lows were set today at 1.5566, suggesting further losses ahead. Resistance comes in at 1.5600/05 (20-DMA) then the weekly high at 1.5720/25. Near-term support lies at 1.5480/90 (last week’s low, Bollinger Band). 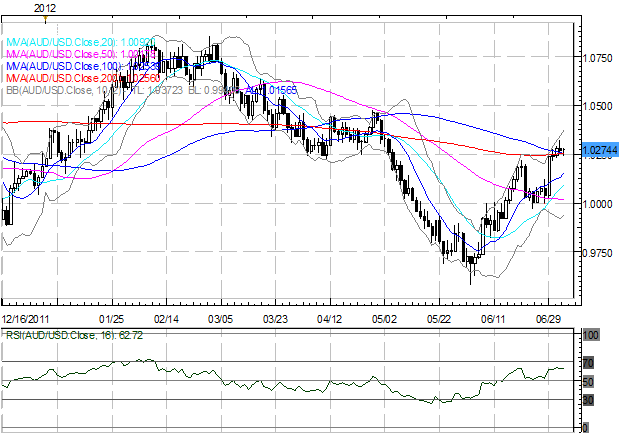 AUDUSD: The AUDUSD has put in a lower high thus far today. The two consecutive closes above the 100-DMA give scope for a move higher towards 1.0365/85, but with hourly charts indicating a Rounding Top, a pullback may be warranted first. Near-term support comes in at 1.0250/60 (200-DMA, 100-DMA) and then the weekly low at 1.0210/15. A move below would signal an intraweek reversal and signal further losses.