Majors Remain Technically Constructive in Short-term Against US Dollar

High beta currencies and risk-correlated assets remain supported in the near-term as market participants digest the results of Friday’s relatively successful Euro-zone Summit. With that said, we’ve seen these initiatives by Euro-zone leaders fall flat on their face only after a few days (to wit: the Spanish bailout), so we remain cautiously bullish the AUD and EUR in the near-term against the JPY and USD.

An overall quiet session in New York coming up, with no data out of Europe expected the rest of the day. Of interest: the ISM Manufacturing report for June (14:00 GMT / 10:00 EDT), in which the US economy is forecasted to have exhibited signs of slight growth in the manufacturing sector, albeit at a slower pace. The ISM Prices Paid index should show signs of deflation at a quicker pace. 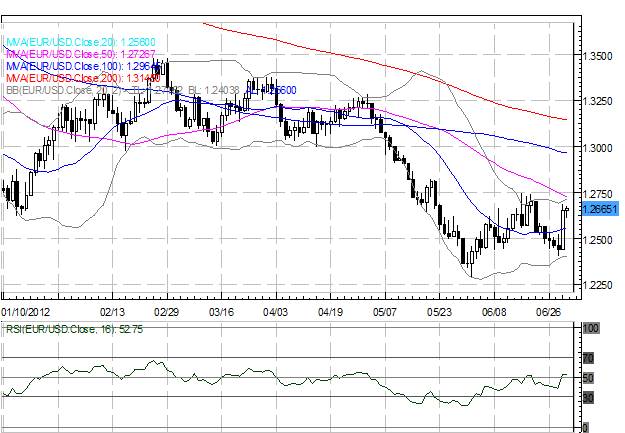 EURUSD: While we remain long-term bears given the descending channel in place off of the August and October 2011 highs (with the parallel channel drawn to the October 2011 and January 2012 lows), the fundamental shift in the Euro-zone’s approach to the crisis has given way to the potential for further rallies ahead. A confluence of resistance lies above, at 1.2715/30 (Bollinger Band, 50-DMA) and at 1.2740/50 (June 2012 highs). A break above this zone suggests further upside to 1.2820. Near-term support comes in at 1.2560 (20-DMA). 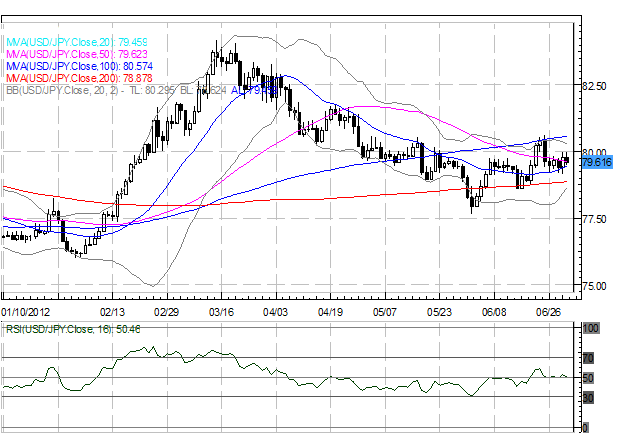 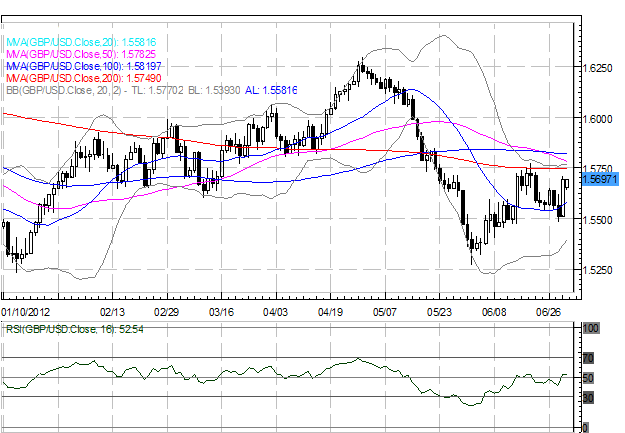 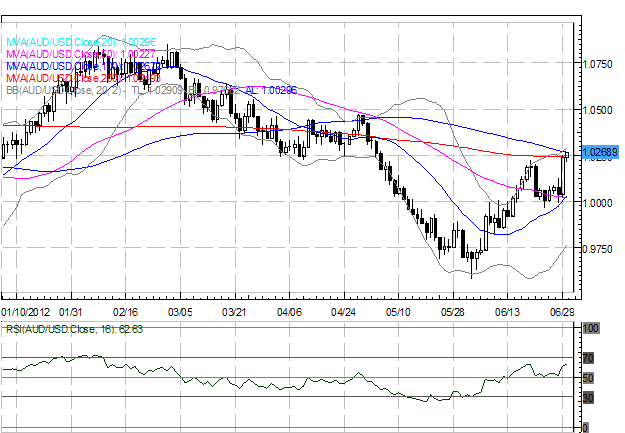 AUDUSD: While our fundamental outlook for the AUDUSD is bearish long-term, we respect the recent rally off of the June 1 low and identify the move as impulsive (we can identify 5 waves up from the June 1 low). With that said, this advance thus appears to be in its final stages, and the confluence of resistance in close proximity to current price should hinder gains. 1.0265/90 (Bollinger Bank, 100-DMA) should attract sellers as should the budding RSI divergence on the 4-hour charts. Price remains supported above 1.0125.