Although the Eurozone is far from out of the woods, the initial market reaction to the Greek election has been a net positive to neutral as the worst case scenarios of imminent Greek exit from the Euro are priced out. While there is still a good deal of speculation and expectation that a Grexit is inevitable, the news that a pro bailout party has won, is definitely somewhat reassuring for overall risk appetite.

Technically, the latest push higher in the Euro falls directly in line with our projections, where we have been calling for additional strength towards the 1.2800-1.3000 area before the next medium-term lower top will be finally sought out ahead of underlying bear trend resumption. Right now, the election results are helping to catalyze this latest technical upside momentum, and from here attention will shift to today’s and tomorrow’s G20 meeting, and reaction from the Greek election and impact on Spanish and Italian bond spreads. The Euro has pulled back a good deal from the Monday highs, but we also attribute the price action to a necessary filling of the gap open.

Relative performance versus the USD Monday (as of 11:10GMT)

Also seen helping to support risk a bit have been articles out of the UK Telegraph and New York times which report of a formal EU plan on the horizon which will help to tackle many of the region’s problems. One of the major criticisms of the Eurozone crisis has been a lack of leadership, and should officials indeed be able to produce a formal plan, it will undoubtedly be well received.

At this point, it looks as though the Euro drop that we saw in previous weeks below 1.2300 may have been on an expectation for a worst case scenario in Greece and the peripheral Eurozone countries. As such, the ensuing rally continues to be the pricing out of that downside risk. What this also means, is that we are in no way advocating a sustained risk on trade environment, and that once the worst of the Greek elections are priced out, we very well could see some renewed risk off trade. For today, we think it is still best to stay sidelined, at least early in the day. We have already seen some wild intraday swings, and with Spanish yields breaking above 7%, it really is best to stand aside. 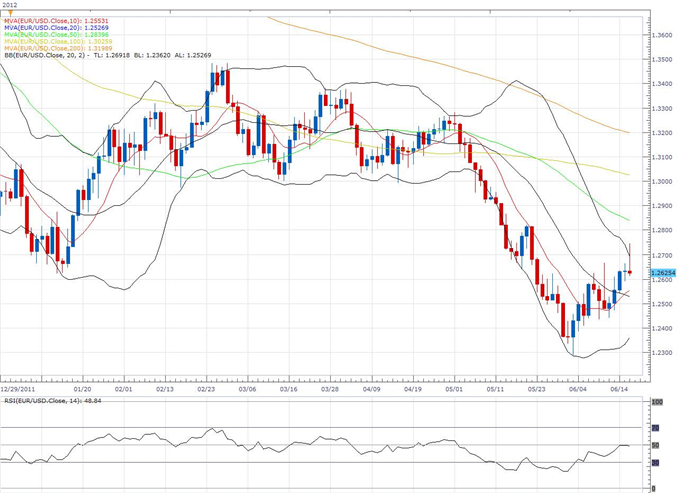 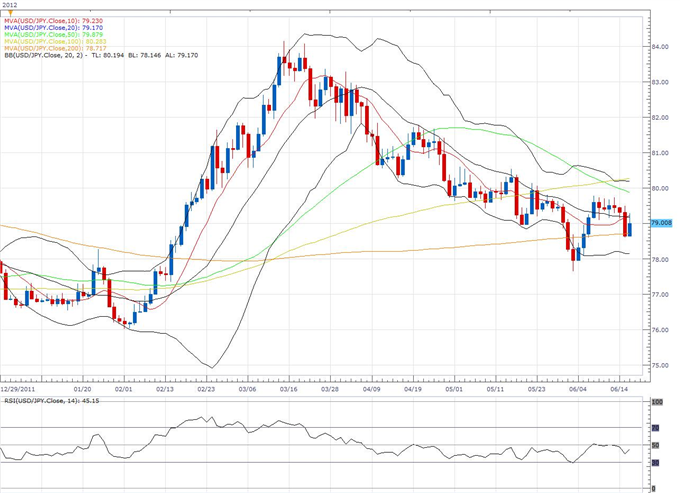 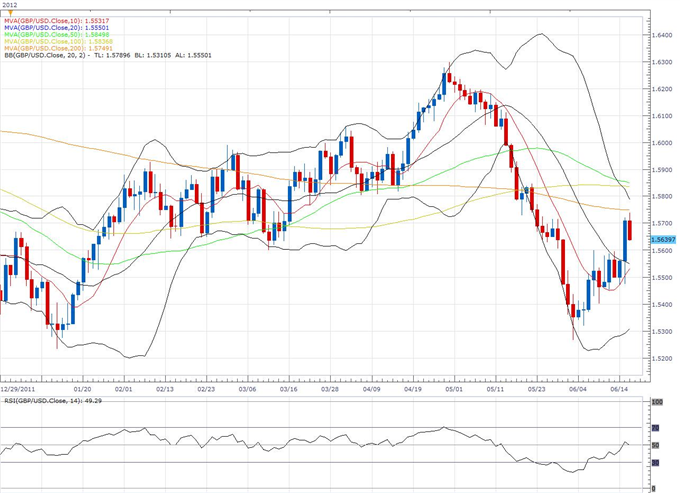 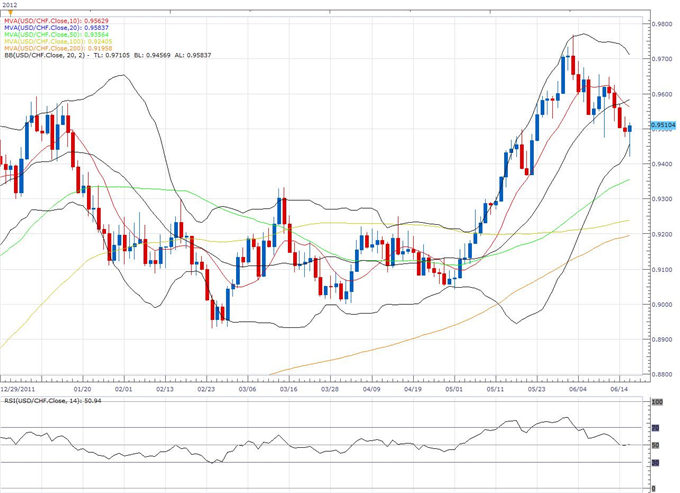