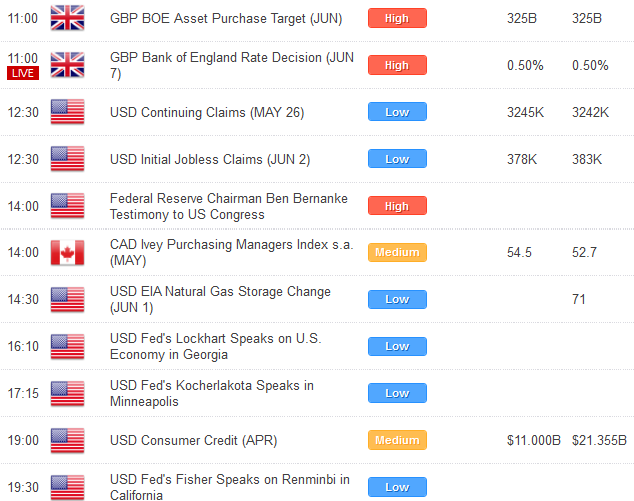 Risk correlated assets have been very well bid over the past few sessions, with currencies and equities reversing sharply as market participants are able to let go of the worst of their fears for the time being. The doom and gloom sentiment that had taken hold in the previous week has faded and investors are once again warming up to the idea that the Eurozone may be able to escape the current crisis and avoid breakup. News that Germany is drafting plans to strengthen the Spanish banks without expecting further reforms or any formal aid deal has been seen as a huge positive and this has been once of the primary drivers of this latest risk-on trade.

Relative performance versus the USD Thursday (as of 9:25GMT)

Although the European Central Bank left policy on hold as was expected, comments from ECB President Draghi that the central bank is willing to act if necessary have also been helping to bolster sentiment, while some well received EZ auction results on Thursday have not hurt. The Euro now eyes a retest and break of the previous weekly high by 1.2625, while the Yen has also been very well offered on the liquidation of safe haven plays. Still, at the end of the day, this is a market that had been in desperate need of technical correction following some intense risk-off moves, and at this point, we would attribute the recent price action more to the technicals than fundamentals.

European leadership will really need to dig in and come up with some serious plans to resuscitate the region for there to be any hope of a sustained Euro recovery. Until then, the strategy should be to look to sell these currency rallies into additional strength. Looking ahead, the Bank of England is slated for a rate decision later. While no policy change is expected, there is a good deal of speculation that the Bank of England will shift to a more dovish stance in light of the ongoing pressures in the global macro economy. Earlier, UK services PMIs came in better than expected and helped to prop the Pound. 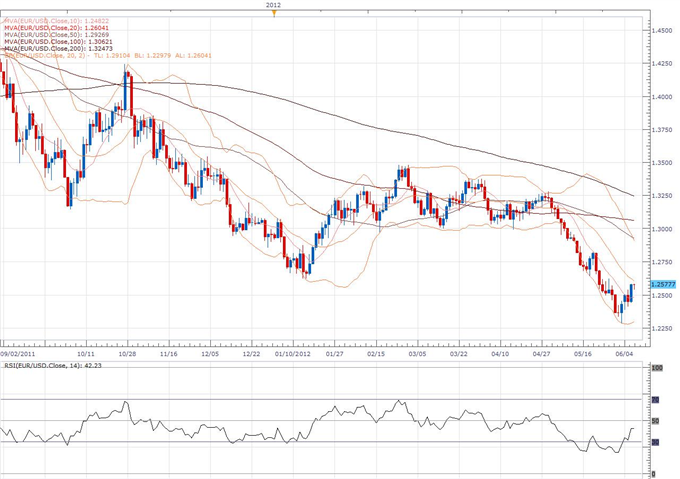 EUR/USD:The market is in the process of correcting from some violently oversold levels after breaking to yearly lows just under 1.2300. While our overall outlook remains grossly bearish, from here we still see room for short-term upside before a fresh lower top is sought out. Look for the latest daily close back above 1.2545 to open the door for acceleration into the 1.2800-1.3000 area, where fresh offers are likely to re-emerge. 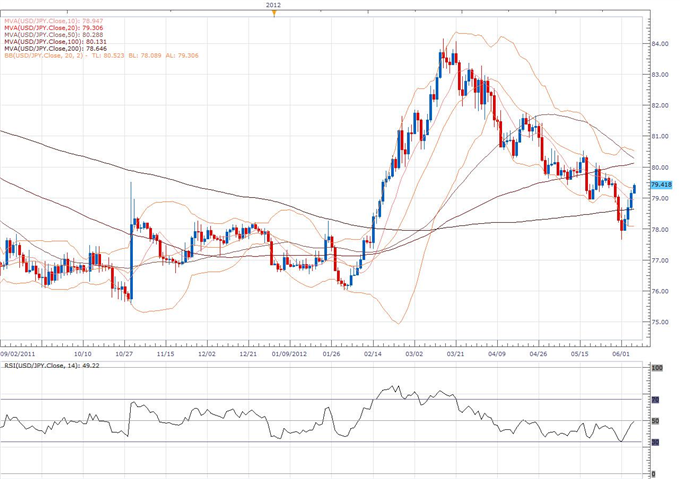 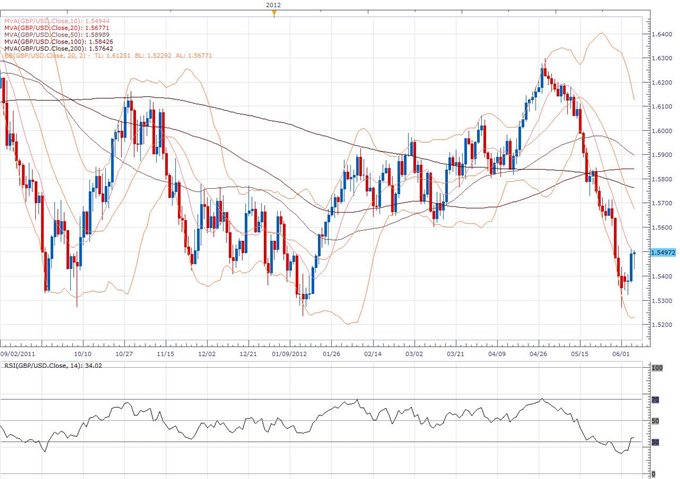 GBP/USD: Daily studies are now well oversold and from here risks seem tilted to the upside to allow for a necessary short-term corrective bounce after setbacks stalled just shy of the 2012 lows from January. Look for the latest daily close back above 1.5440 to strengthen short-term bullish outlook, with acceleration projected into the 1.5600-1.5800 area where a fresh lower top will be sought out in favor of underlying bear trend resumption. 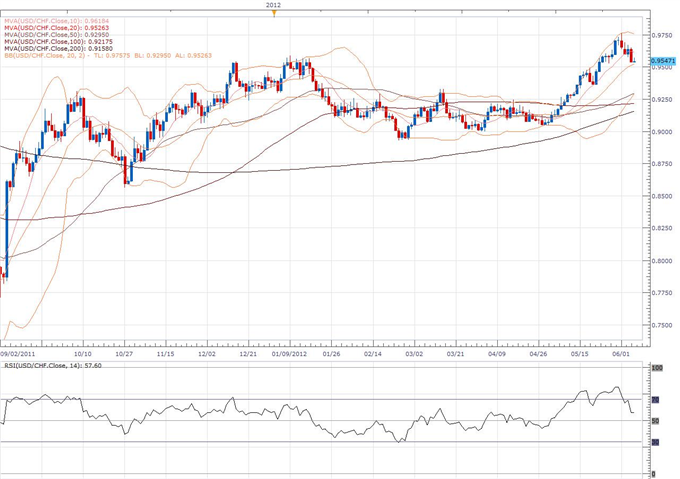