Early rally attempts in risk correlated assets on Tuesday were met with solid resistance in the European session. Market participants shrugged off upbeat news that Germany and France would make strong efforts to keep Greece in the EMU, and the reports that Greek banks would receive a Eur18B recapitalization down payment on Friday. Instead, focus remained on a Fitch downgrade to Japan, and downgraded Chinese growth forecasts from the OECD.

Relative performance versus the USD Tuesday (as of 10:45GMT)

The IMF also came out with some downbeat comments, adding to an intense intraday pullback in the Euro from levels above 1.2800 down into the mid-1.2700’s. From here, it will be interesting to see how things play out into North American trade, but with US equity futures already pointing lower, things are not looking pretty. Still, market conditions are quite choppy right now and we continue to recommend staying on the sidelines. 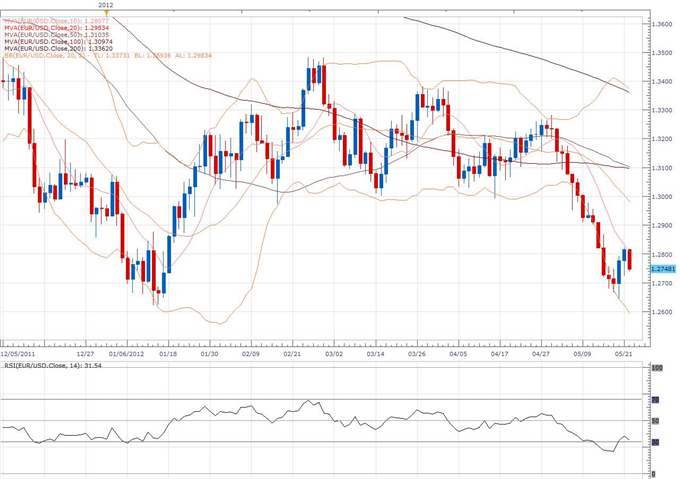 EUR/USD:The market remains under intense pressure and the focus for now is squarely on a retest of the 2012 lows from January at 1.2625. While we would not rule out a possibility of a test of this level over the coming sessions, short-term technical studies are correcting from oversold and are showing a need for some form of a corrective bounce from where a fresh lower top is sought out. Ultimately however, any rallies should now be very well capped by previous support turned resistance at 1.3000 in favor of additional weakness over the medium-term that projects deeper setbacks into the lower 1.2000's. 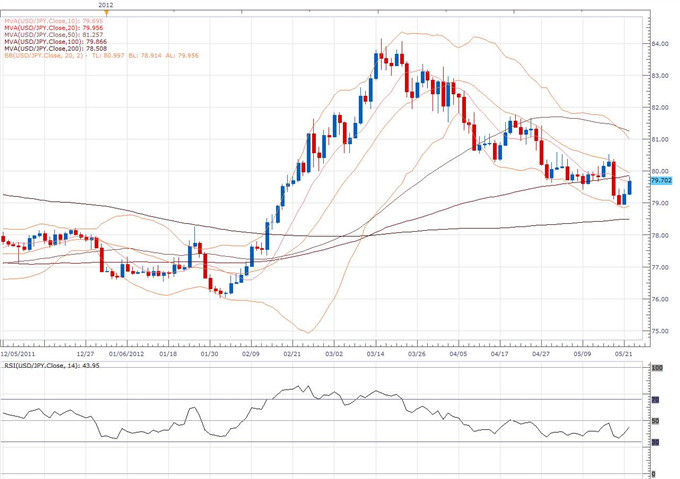 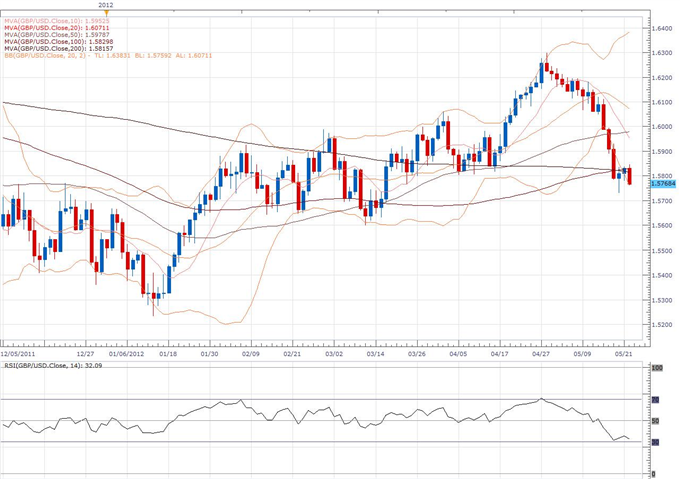 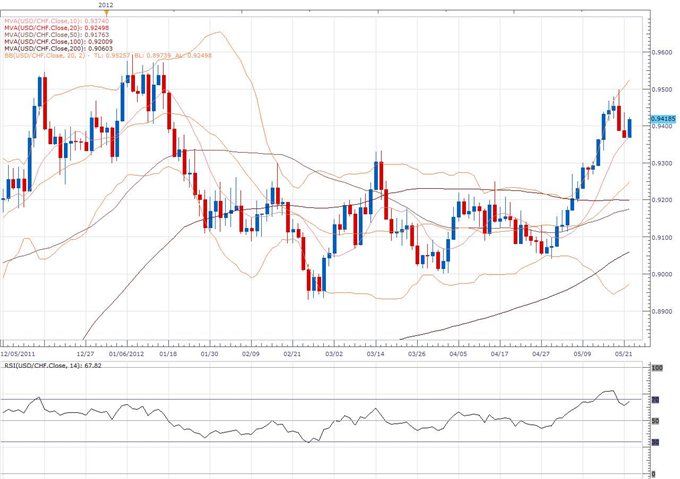