Currency Rallies Viewed As Corrective; Fresh US Dollar Upside Ahead

Although we have seen a bit of a bounce in risk correlated assets, we contend that the rally is nothing more than some minor consolidation ahead of the next wave of risk liquidation. The Euro managed to close back above 1.3000 on Monday, but from here, we expect any additional rallies to be very well capped ahead of 1.3200 in favor of an eventual retest of the 2012 lows from January at 1.2620. Market participants are still digesting the weekend election results out of France and Greece, and there is a good deal of concern as to whether the newly elected governments will adhere to the austerity measures imposed to ease the debt crisis. In Greece, the situation is highly uncertain, with the lack of a clear majority potentially creating a situation where austerity measures might be significantly reduced in order to appease the opposition. Elsewhere, Spain is back in the headlines, as the country attempts to rescue its third largest bank.

Relative performance versus the USD Tuesday (as of 10:45GMT)

Moving on, economic data continues to show signs of weakness, and the softer results once again highlight the fragile state of affairs in which the global economy lies. Nevertheless, the Euro did manage to hold above 1.3000 in European trade, aided by some solid auction results and a very impressive German industrial production print. Meanwhile, our Euro/Sterling long position (long @0.8050) found some bids on softer overnight RICS house price data, while in Australia, the government announced the country would return to a budget surplus of $A1.5B in 2012/2013. Still, overall, we expect risk correlated currencies and global equities to be very well offered on any rallies in favor of more bearish price action. 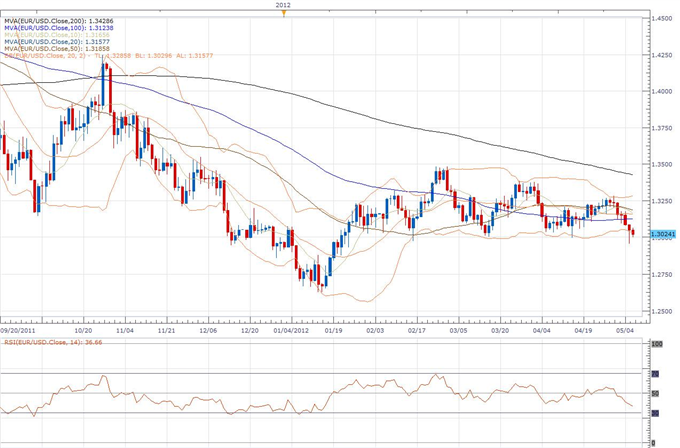 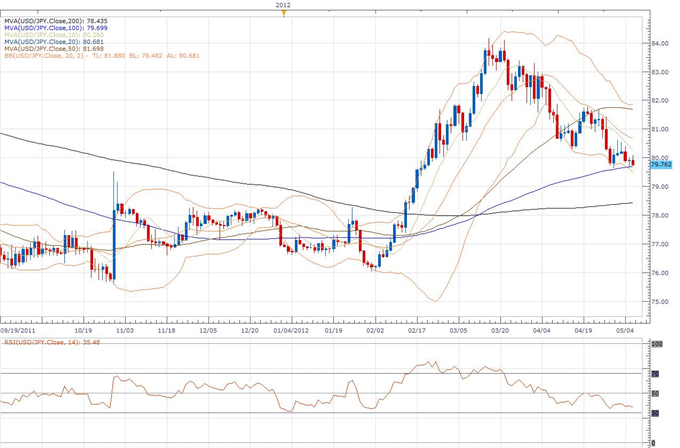 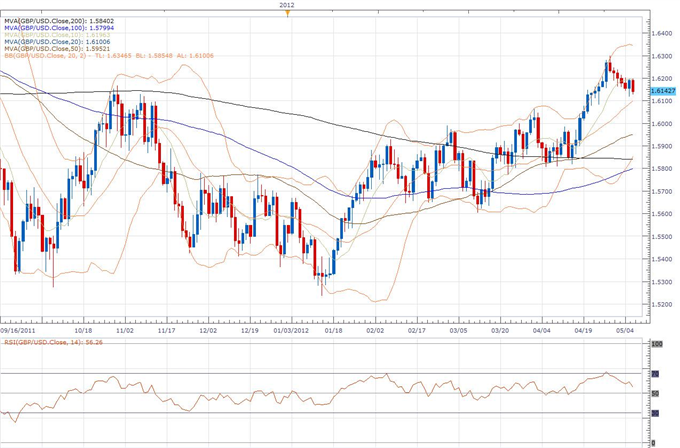 GBP/USD: Finally starting to see signs of a medium-term top and potential 2012 high after the market has stalled and retreated from the 1.6300 area. Key support now comes in by 1.6075 and a break and close below this level will confirm bearish bias and accelerate declines towards 1.5800 further down. Ultimately, only a break back above 1.6300 would negate and give reason for reconsideration. 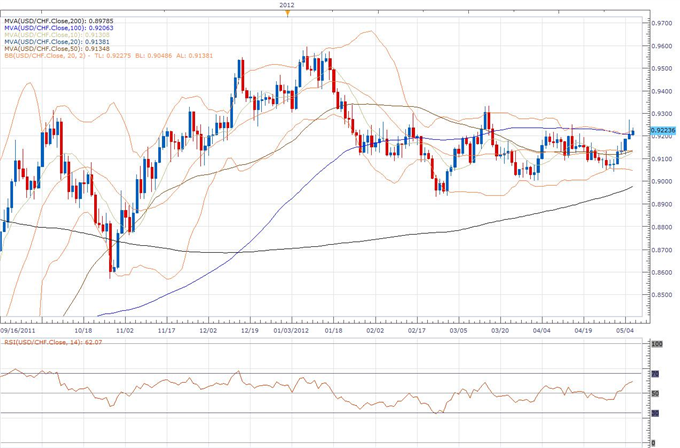