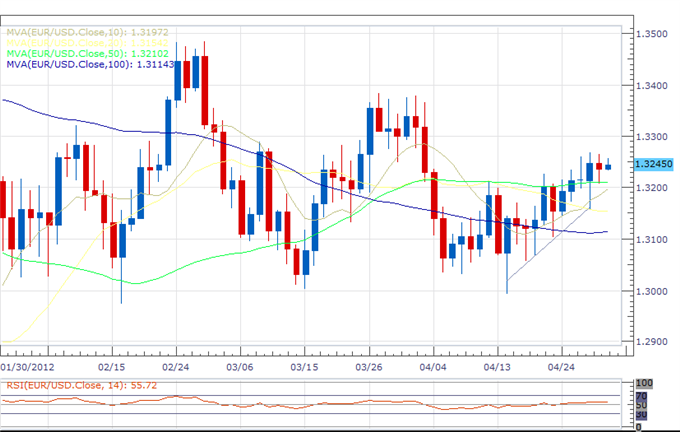 - Aussie sold aggressively across the board in response

Trading in May has kicked off with a bang after the RBA came out and shocked markets by cutting rates 50bps to 3.75% (consensus had called for a 25bp cut). Although there was talk of the need for a 50bp cut from the Australian central bank, many, including ourselves, did not believe that the central bank would move so aggressively given their traditionally more hawkish, and less worried outlook for the local and global economy. The shock was therefore not that rates were cut 50bps, but rather that a central bank which has stubbornly erred on the hawkish side throughout the global turmoil, finally relented and woke up to reality. Better late than never, and we fully support the central bank decision and believe there is a clarity finally presenting that had long been absent.

In the accompanying statement, the RBA cited softer economic conditions, housing woes, and a moderation in inflation. We believe that this is a very important decision which will have a wider influence on the market over the coming weeks. The RBA decision reaffirms our core view that we are still not at the end of the global crisis, and only now entering the third and final phase which will intensify in the commodity bloc and emerging market economies. China is at the center of this third phase and ongoing evidence of continued slowdown in the Chinese economy should weigh tremendously on the correlated economies. Australia, the other commodity bloc economies and emerging markets will suffer from this slowdown, and we believe that the best trade going forward is short commodity bloc and EM and long major currencies.

While it is hard to focus on anything else at this point in the day other than the RBA decision, the latest China data should certainly not be ignored, with manufacturing PMIs coming in softer than expected. This further highlights our view, and we suspect that the Australian Dollar still has a good deal of downside ahead, particularly now that interest rate differentials and the negative carry are far less intimidating. Aussie bulls could argue that the rate cut is a positive for risk, as it now makes for a far more accommodative environment which will help to stimulate the economy, but we are not buying into this contention, as we feel the RBA has fallen too far behind the curve and will need to play a game of catch up (perhaps “catch down” is more appropriate).

Elsewhere, it will be worth keeping an eye on EUR/USD to see if the market can still push higher to test key barriers by 1.3300. USD/JPY is also back in the FX headlines with the major pair dropping to fresh multi-day lows back below 80.00. From here, it seems like there is still room for deeper setbacks, but we do not anticipate a retest of the record lows from 2011 and would instead recommend looking for opportunities to buy on dips below 79.00. Finally, the Pound has been looking a little tired following an impressive multi-day surge, and the weaker than expected manufacturing PMIs helped to inspire additional offers off of yearly and multi-month highs against the US Dollar and Euro. 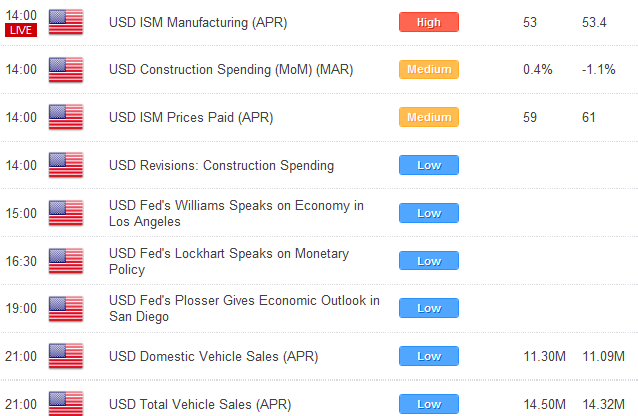