The rally in risk correlated assets on Tuesday was impressive and market participants took the opportunity to aggressively buy back into global equities, with the US stock market leading the charge. As was to be expected, commodity currencies performed well on the renewed optimism, with the Canadian Dollar standing out after receiving an added boost from a more upbeat Bank of Canada outlook on the local economy. Meanwhile, the Australian Dollar managed to shrug off an early dovish Minutes, with AUD/USD rallying back above 1.0400. Lack of any meaningful first tier economic data releases did not stop investors from being active, and a good deal of the risk-on price action was attributed to the news that the IMF raised its 2012 global growth forecasts to 3.5% from 3.3%, while upping its assessment for the G7 economies.

Relative performance versus the USD Wednesday (as of 9:40GMT)

Still, we were uncomfortable buying into the risk rally and contend that markets are locked within a choppier consolidation that will ultimately lead to yet another bout of risk-off trade and intensified concern with the outlook for the global economy. While we did see some supportive comments on Spain on Tuesday, and even though auction results were better than expected, there is still a lot of risk associated with the Eurozone, and these risks pose potential threats to the broader macro environment.

The Euro has reacted accordingly, and has been far more reluctant to join in the market rally over the past few sessions, which we believe is quite telling. The more significant 2014 and 2022 Spanish auction results are due tomorrow, the outcome of which will help to clearly define the underlying sentiment in the region. However, should the Euro accelerate to the downside and break back under 1.3000 ahead of tomorrow’s auction results, then even a positive showing will do little to offset the expected deluge of offers on the technical establishment below the psychological barrier which will once again expose the 2012, 1.2660 lows.

Data out of China has also not been impressive, and the latest news that average home prices in 70 major cities have posted their first Y/Y decline since government property curbs were imposed 2 years ago, offers additional evidence of an economy which is showing cooling signs. As we have stated a number of times over the past several months, we believe that an accelerated China slowdown is still on the horizon which will manifest as the third phase of the global macro recession which began in 2008. This should put more pressure on global equities and correlated currencies like the commodity bloc and emerging market FX, while at the same time benefitting the US Dollar on flight to safety bids and the attractiveness to a US economy which was first into the crisis and likely to be the first to exit.

Moving on, the big mover in today’s trade has been the Pound, with the currency outperforming across the board on the back of a one-two punch, in the form of a much better than expected UK employment report and more hawkish BOE Minutes. The big surprise in the Minutes came from the vote on asset purchases, where notoriously dovish Posen reconsidered his stance and reigned in his need for additional easing. Posen had previously dissented in favor of additional purchases to the tune of GBP350B, but fell into line with the majority and voted to leave as is at GBP325B. The unexpected result helped to bolster Cable back into the 1.6000 area, while additional Sterling bids were fueled by heavy cross related selling to fresh yearly and multi-month lows in EUR/GBP. However, there is some very solid support in EUR/GBP at 0.8140, and bids should emerge ahead of the level. Elsewhere, EUR/CHF continued with its choppy trade just over the well publicized 1.2000 barrier and rallies back above 1.2020 on talk that the SNB was in the market checking rates. 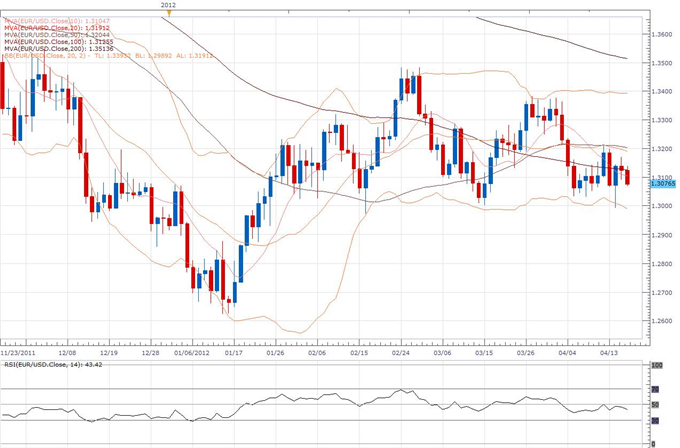 EUR/USD: The latest round of setbacks have stalled ahead of some key multi-week support by 1.3000 and from here we still can not rule out risks for additional consolidation above 1.3000, before considering bearish resumption. Ultimately, any rallies towards 1.3300 should be well capped, while a break and daily close back under 1.3000 would accelerate declines to the early 2012 lows at 1.2660. 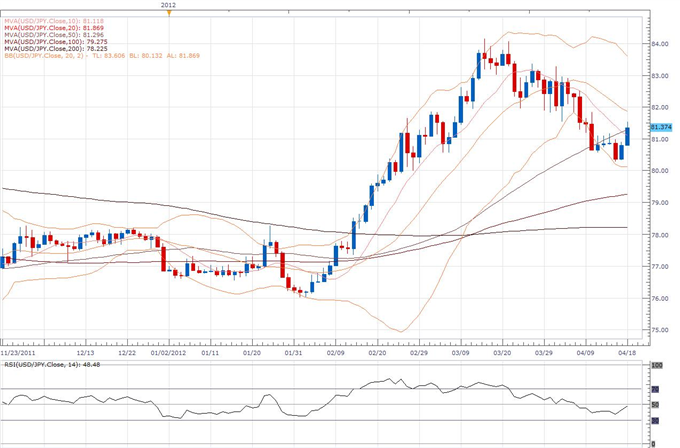 USD/JPY: The latest pullback from the 2012, 84.20 highs was viewed as corrective and it looks as though the market has finally found some solid support ahead of 80.00. The setbacks have stalled by the top of the daily and weekly Ichimoku clouds and we look for the formation of a fresh medium-term higher low somewhere around 80.00 ahead of the next major upside extension back towards and eventually through 84.20. Overall, this is a market that has undergone a major structural shift in recent months and we now see the pair in the early stages of a longer-term up-trend. Ultimately, only a weekly close back under 78.00 would negate. 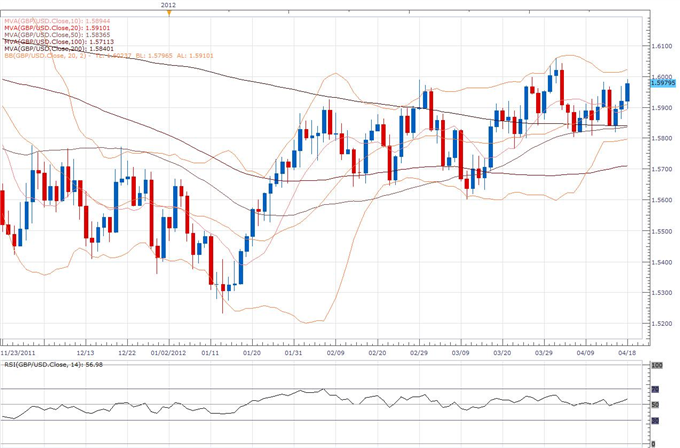 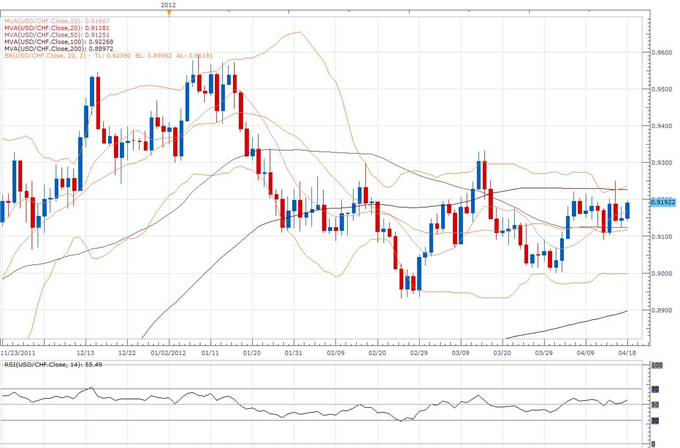 USD/CHF: Our core constructive outlook remains well intact, with the latest setbacks very well supported by psychological barriers at 0.9000. It now seems as though the market could be looking to carve a fresh higher low, and we will be watching for additional upside back towards the recent range highs at 0.9335 over the coming sessions. Above 0.9335 should accelerate gains towards the 2012 highs by 0.9600 further up. Ultimately, only back under 0.9000 delays and gives reason for pause.