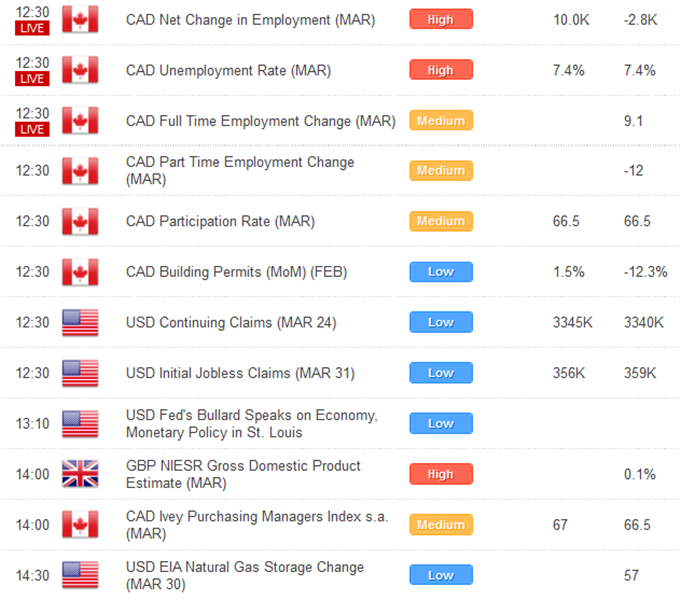 Bank of England leaves policy on hold as widely expected

Wild price action could lighten up into Good Friday

US Dollar benefiting from solid US data, shift in Fed policy and softer macro picture

Thursday’s top story has been ongoing risk liquidation and its impact on EUR/CHF. Just as we predicted in today’s Opening Comment, pressure from risk-off price action sparked a test of the SNB’s well publicized 1.2000 EUR/CHF floor today.

Various Swiss officials have already reaffirmed the central bank’s commitment to defend the 1.2000 level aggressively, and it will be interesting to see if they can do so effectively in the current market environment. We can’t remember a central bank that has been so vocal and transparent on specific levels, and a meaningful break below 1.2000 could compromise the SNB's integrity and credibility. Therefore, the SNB’s need to defend that level grows as risk correlated assets sell off. We believe the central bank might even get some help, and will manage to stay true to its word.

Relative performance versus the USD Thursday (as of 11:40GMT)

Moving on, markets are expected to lighten up a bit heading into the latter holiday portion of the week, a possibly welcomed development, given the aggressive moves seen in recent sessions. The greenback has once again gained favor, with the currency mostly well bid across the board on a combination of broader global macro concerns and some solid economic data out of the US. The weakness in the Euro and risk correlated assets has been exacerbated by a European Central Bank that remains downbeat with its assessment of its local economy, and in no rush to look to reverse monetary policy. Also seen recently weighing on the Euro and other risk currencies, has been some softer economic data (today’s awful German industrial production just one example) and Wednesday’s poorly received Spanish auction, which further highlight the ongoing troubles in the region.

Elsewhere, the commodity bloc markets have been underperforming, with the sharp pullbacks in gold and oil prices weighing, while the recently more dovish RBA and some weakening data out of China have also contributed to the sell-off (rumors have been floating of another China RRR cut). The most impressive thing about the rebound in the US Dollar has been that the buck is now well bid even on solid US economic data. The Fed’s less dovish outlook, (with QE3 now seemingly off the table) is not necessarily a positive for equity markets right now, but stands to benefit the US Dollar on the yield differential front. The latest very solid ADP job print sets the stage for a healthy NFP number on Friday, and we could be entering a new chapter where the US Dollar continues to benefit from solid economic data. Finally, the Bank of England was out with its policy decision today, but the event proved to be a non-factor after the central bank left rates on hold at 0.50% and asset purchases at GBP325B as was widely anticipated. 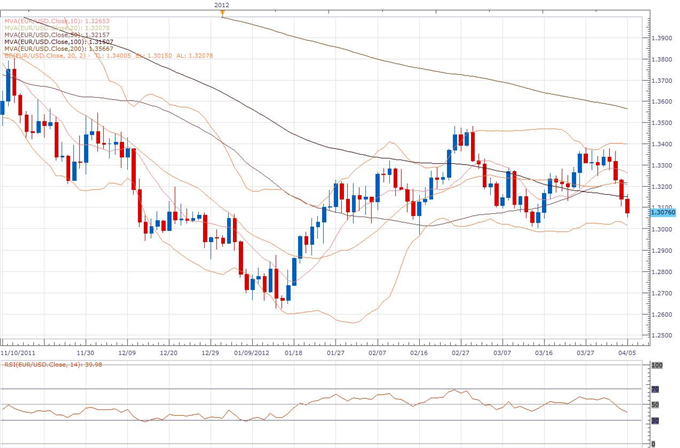 EUR/USD: A break of some multi-session consolidation largely confined to the 1.3300’s is significant in the short-term and could now open the door for deeper setbacks over the coming sessions. The latest break and close below some key short-term support at 1.3250 highlights this fact, and now exposes a fresh drop towards medium-term support by 1.3000 further down. Back above 1.3400 would be required to negate bearish outlook and put pressure back on topside. 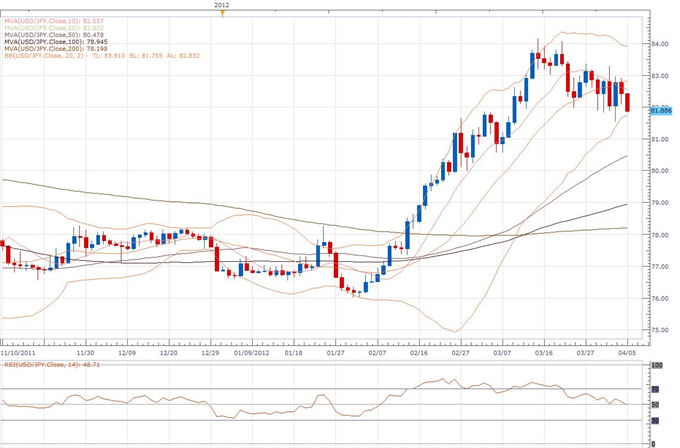 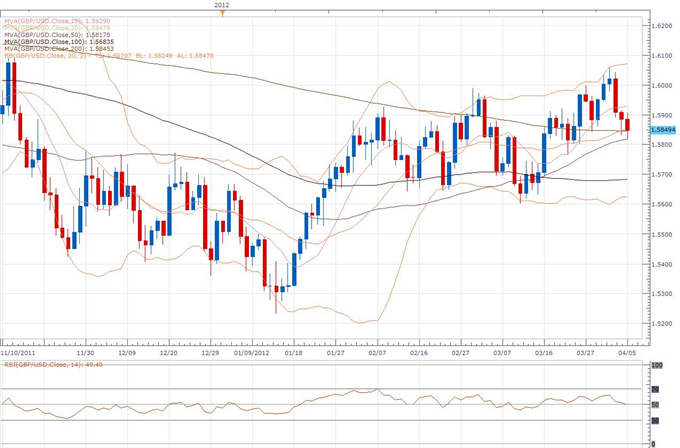 GBP/USD: Failure to establish any fresh momentum following the break above 1.6000, followed by an aggressive bearish reversal in Tuesday trade now suggests that the market could finally be looking to carve a top in favor of a more significant decline over the coming sessions. Look for a break and close below next support and 1.5830 to reaffirm outlook, while back above 1.6065 would be required to negate. 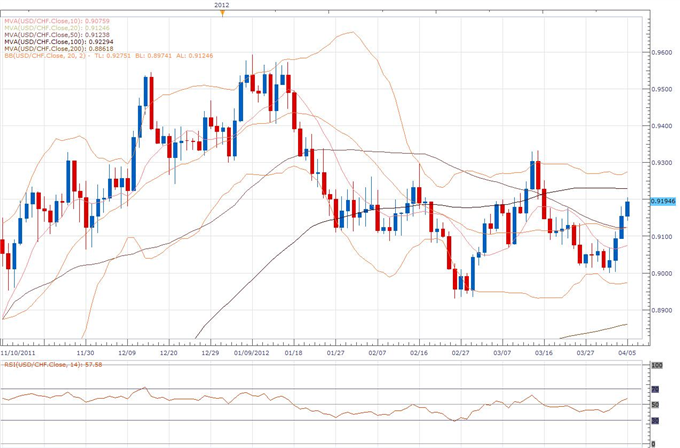